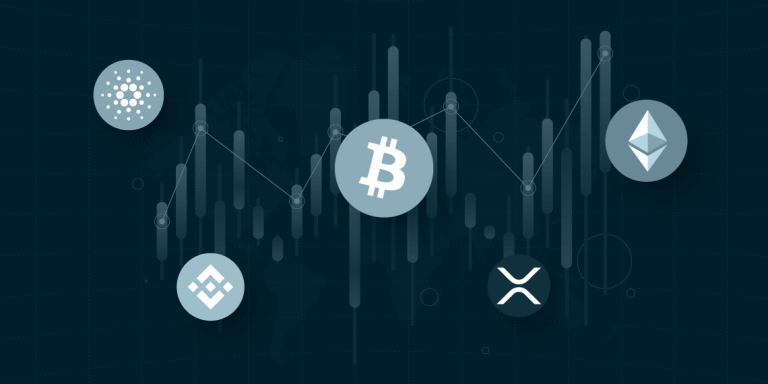 Looking at the cryptocurrency prices heatmap data, most of the altcoins are trading in bloodshed, and the worst performers of the day are TerraClassicUSD and Chilliz CHZ, which have declined by 8.44 and 6.44 percent, respectively.

The general market sentiments are currently negative, and much bearish pressure is still looming. The crypto sell-off on the 13th of September saw most of the cryptocurrencies lose a large chunk of their value. The market has been struggling to gain some traction ever since. However, the recent recovery price action in the entire cryptocurrency market might just be what the market needs for a relief rally.

Investors will continue to focus on the inflation data in the year’s last quarter. Any indication of inflation topping could bring about a sharp recovery in risk assets, but if inflation remains stubbornly high, a round of sell-offs could follow. This week, the best performers have been Maker MKR, Casper CSPR, and KuCoin Token KCS, which have risen by over 3.47, 3.42, and 3.22 percent, respectively.

In the last 7 days, the market has seen a slight correction from the monthly highs as the market cap has increased to $915,594,577,381.675. The market is still in a bearish phase, and we expect a further price decline in the coming days. The digital asset market continues to be highly volatile as prices fluctuate widely. The weekly crypto price analysis shows that the prices have declined in the last 24 hours as the market continues to be driven by news and speculation. Today’s weekly crypto price analysis covers the trending cryptocurrencies; Bitcoin, Ethereum, Cardano, Ripple, and Binance coin BNB.

Looking at the daily chart, BTC is trading above the $18,000 level, which is one of the lowest levels since the market crash in June. The 14-day Relative Strength Index (RSI) is close to its diagonal support line (in white). If the downward price action continues and the pair closes below $17.6K, the way to the next support at $16K appears to be clear. This corresponds with the RSI approaching the oversold zone below 30. In the worst-case scenario, the RSI may remain below 30 for an extended period of time, perhaps resulting in Bitcoin reaching $14K on the price chart.

Buyers pushed the price above the moving averages on Oct. 14, but the up-move is facing stiff resistance at the downtrend line. The 20-day EMA ($19,466) is flattening out, and the relative strength index (RSI) is near the midpoint, indicating equilibrium between buyers and sellers.

This balance will tilt in favor of the bulls if they push and sustain the price above the overhead resistance at $20,500. The BTC/USDT pair could then rally to $22,800. The bears are expected to mount a stiff resistance at this level.

The second largest cryptocurrency, Ethereum, started the week in a firm bearish mood. ETH/USD fell in a continuous downtrend below the $1,250 level and even spiked below the key $1,250 support area. ETH failed to stay above the 100 hourly simple moving average, and it dived toward the next major support at $1,180. A swing low was formed near $1,202, and Ethereum started a fresh increase. There was a close above the $1,340 level and the 23.6% Fib retracement level of the recent decline from the $1,422 high to the $1,202 low.

Buyers were able to sustain the positive momentum on Oct. 14 and are currently trying to push the price above the overhead zone between the 20-day EMA ($1,331) and the triangle’s resistance line.

The important technical indicators point to the bearish sentiment. For instance, the Relative Strength Index indicator currently resides at the 40 level, an almost oversold region. The MACD line is below the red signal line, indicating strong bearish market sentiment. Buyers have sustained the positive momentum on Oct. 14 and are trying to push the price above the overhead zone between the 20-day EMA ($1,331) and the triangle’s resistance line.

The main resistance is near the $1,315 area, above which ETH could start a solid upward move in the coming sessions. On the downside, initial support is near the key $1,250 level. If there is a bearish break below the $1,250 level, Ethereum’s price is likely to accelerate lower toward the $1,200 zone.

The weekly crypto price analysis reveals that XRP is currently following a declining trendline as the digital asset has plummeted to lows of around $0.4857, where it is currently trading.XRP/USD pair saw a short-lived price spike and touched highs of around $0.541.XRP broke below the 20-day EMA ($0.47) on Oct. 13, but the bears could not sustain the lower levels. The bulls purchased the dip and pushed the price back above the 20-day EMA. The digital asset is currently fluctuating near the $0.4800 level, and a further decline might result in a test of the $0.4400 support level.

The market is expected to remain volatile in the near term as the bulls, and the bears battle it out for control of the market. The market might break out upwards if the bulls are able to push the prices above $0.500 levels as per the weekly crypto price analysis.

Binance coin is among the losers of the week as the digital asset has shed 1.19 percent in the last 24 hours. The digital asset seems to be recovering after a steep dip to lows of around $258.42.The bulls have been trying to push the prices towards last week’s high of around $280, which is currently acting as the strongest resistance level.

BNB coin has been range-bound between $300 and $258 for the past several days. Bullish momentum is building up as the prices have moved from the intraday low of $268.65 to the current trading price of $271.68.

That happened on October 13 as the bulls purchased the dip to $258. Buyers tried to push the price above the moving averages on Oct. 14, but the long wick on the candlestick shows that bears are selling near resistance levels. The bears will again try to pull the price below $258 and extend the decline to $216.

On the contrary, if the price turns up and breaks above the moving averages, the BNB/USDT pair could attempt a rally to the overhead resistance at $300. A break above this level could set the stage for a rally to $338.However, the overall market sentiment remains bearish, as indicated by the RSI and the MACD lines currently residing in the oversold regions.

Our weekly crypto price analysis reveals Cardano has been in a declining wedge pattern in the last 48 hours.ADA fell continuously from a high of $0.42 to the current trading price of $0.3699.The technical indicators are signaling that ADA might continue its downward trend as all the moving average lines are in bearish territory.

The 20-day EMA ($0.41) continues to slope down, and the RSI is in the oversold territory, indicating that bears are in control. If the price continues lower and breaks below $0.35, it will suggest that bears have flipped $0.40 into resistance. That could increase the likelihood of a drop to $0.33.

This bearish view could be negated in the near term if buyers push the price above the moving averages. That will indicate strong accumulation at lower levels.ADA technical indicators are showing a firm bearish sentiment as the MACD line is well below the red signal line. The market is expected to remain volatile in the few hours before some buying action is welcomed to push prices past the key resistance level of $0.45.

Our weekly crypto price analysis reveals the entire cryptocurrency market is in bearish sentiment, with a few of the altcoins emerging gainers of the day. The cryptocurrencies will likely recover as the market looks to consolidate around the low levels. Traders will place a stop loss at the current support while buyers look to buy the dip as the current conditions appear to be a favorable opportunity.