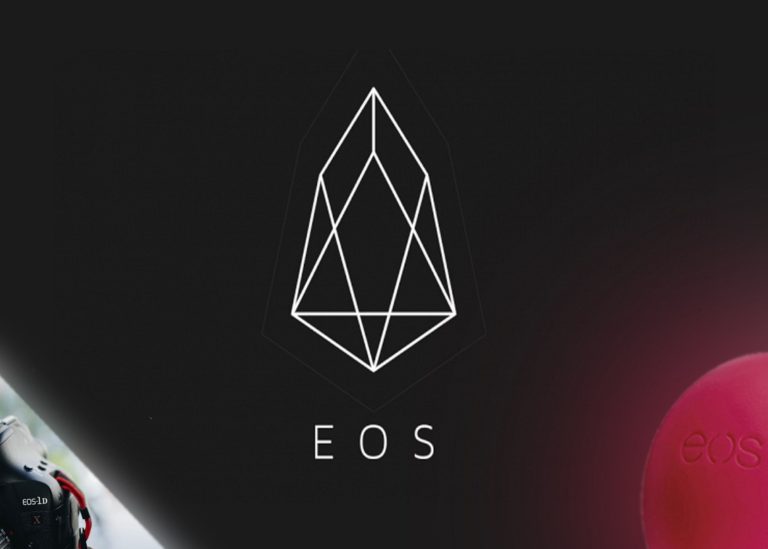 EOS, a crypto token formed by the company to promote their decentralized app creation, ranks #47, a little lower on the charts, thanks to its slightly lower market cap of $3,365,472,360. Lately, it has resumed its upward projectile with renewed activities and is viewed by some analysts as a “ticking time bomb”. Comparing the XRP fractal from 2015 to 2017 and EOS‘s current chart, the similarities are mind-blowing.

Let’s find out more about EOS, and its offering, explore EOS developments, EOS price predictions, average trading price, EOS price analysis, and determine whether it deserves a place in your investment portfolio.

EOS is one of the best-known cryptocurrencies today that allows building decentralized apps (DApps) simple and scalable. EOS cryptocurrency was developed by a company called Block.one.

Founded by software programmer Daniel Larimer and entrepreneur Brendan Blumer, who still hold the roles of CTO and CEO, the company began to work on the project in 2017.

In June 2018, the EOS officially went live after a year-long Initial Coin Offering (ICO). The ICO raised more than $4 billion, despite the prohibition on participation from U.S. investors.To this day, the ICO is one of the largest token sales, while the EOS blockchain continues to be one of the largest cryptocurrencies by market capitalization and trading volume.

How Does EOS Work?

Initially, EOS used ERC-20 tokens to distribute the coins raised in the ICO, which helped ease the ICO process as the ERC-20 token was frequently used to raise an ICO.

Later, all of the ERC-20 tokens were converted to native EOISO blockchain tokens, allowing token holders to finally transact and operate on the network.

Block producers on the EOS network are chosen in a delegated-proof-of-stake mechanism (DPoS), which requires EOS token holders to lock in their coins for more than three days.

The DPoS mechanism allows for a lower entry threshold, which results in more decentralization, less power used, and more scalability for the network.

Recently, Google announced that it has partnered with Block.one, to become a block producer for the network. It is one of the largest partnerships in the cryptocurrency ecosystem to date and will likely further increase EOS’s popularity.

Another great partnership for EOS and its developer, Block, was recently made with investor LACChain, an Inter-American Development Bank initiative to promote blockchain use and crypto market development across Latin America and the Caribbean.

A similar partnership was made in Asia in 2018, as a $200 million joint venture fund – EOS Global was created together with local blockchain technology entrepreneurs Michael Cao and Winnie Liu.

Recently, Wyoming became the first country in the entire world to give official status to an EOS-based DAO or decentralized autonomous organization. The DAO named American CryptoFED features two tokens, Ducat, and Locke, with a cap of 10 trillion tokens.

EOS price analysis shows partial bearish momentum with room for further bearish activities. The bears rule the EOS market and are likely to maintain their momentum, and EOS now expects a further devaluation in the coming days. As a result, the bears appear to show firm footing and might engulf the market soon. Furthermore, the EOS price has experienced a crash from $0.9906 to $0.9630 and has remained around that threshold.

EOS price analysis illustrates that the present market condition demonstrates negative potential as the price moves downward. Moreover, the market’s volatility follows a slight closing movement, resulting in the cryptocurrency being less prone to volatile change on either extreme. As a result, the upper limit of the Bollinger’s band rests at $1.0392, serving as the strongest resistance for EOS. Conversely, the lower limit of the Bollinger’s band is present at $0.8942, serving as a support point for EOS.

The EOS/USD price travels under the Moving Average curve, indicating the market is following a bearish movement. However, as the market experiences declining volatility today. In addition, the EOS/USD price seems to move towards support, signifying a possible reversal movement, which could possibly break the bearish momentum.

EOS price analysis shows partial bearish momentum with strong possibilities of further decline in its price in the coming days. The bears are about to capture the market. If the bulls fail to strike back soon, the bears will engulf the market for the long term. However, since the bears show massive potential, they can have a chance to consume the market entirely, but if the price breaks the support.

The 2022 EOS price forecast from CoinPriceForecast indicates a $0.85 year-end low. The website even predicts that EOS will cost $1.88 by the end of the year, which would be a 100% rise from the current trading price.

To stay on with the competition, the EOS coin price prediction must put in a lot of effort. According to the EOS forecast, the bull in the price of the currency may return and take it to $16 by the end of 2025.

Based on a logical procedure, EOS’s technical analysis provides both potential for short-term rallies and long-term gains. By the end of 2022, the long-term price is anticipated to reach $3.93807.

The announcement was made by Yves La Rose, the CEO of the foundation “to let the EOS community know we are aware of their concerns”.

The price of the EOS coin did drop on the announcement but that loss of value has since been overshadowed by the losses following the Russian invasion of Ukraine which has caused widespread disquiet in the market. EOS price is down 12% at $1.94.

According to the State of theDApps, a curated directory of decentralized apps, there are 3,957 dApps currently operational of which Ethereum hosts 2,929 and EOS has 331, with 128,230 daily active users as of 24 February 2022. dApps have gained popularity because of their increased privacy and autonomy.

Edgar Fernández, the co-founder of EOS Costa Rica, said he saw massive potential in Latin America, where the market was ripe for a practical technological breakthrough.

EOS has the potential to create millions of verified human EOSIO based accounts if there’s a use case behind it, whether that’s regulatory, in the private industry, or public sector. It could be anything from decentralised ID to efficiency in customs agencies, to issuing bonds on a blockchain, to tokenized fiat money, or the traceability of vaccines.

EOS is one of the best-known cryptocurrencies for the past years. The year-long Initial Coin Offering attracted $4 billion of capital by the middle of 2018, making it one of the largest and best-known ICOs to date. Since then, Block.one and the surrounding community continues to develop EOS as one of the best-Delegated proof of stake blockchains, with fast speeds and good scalability.

The split of the EOS community away from Block.One, the organization that developed the project, over the community vote decision to stop payments, has allegedly little effect on the EOS coin price. The development was keenly watched by the crypto community as it showed the first real test of what a decentralized community could do when it flexes its muscles.

The cryptocurrency is selling below the ICO price despite having a successful year in 2021. Looking at the bigger picture, though, the current performance is disappointing. In 2018, trading volumes reached $4 billion highs, with documented price peaks topping $20.

EOS has the potential for a price gain given the present market activity and new management. However, remember that the token’s future success will depend on improving perceptions of both the protocol itself and the larger crypto market.

EOS has the potential for a price gain given the present market activity and new management. However, remember that the token’s future success will depend on improving perceptions of both the protocol itself and the larger crypto market.

The EOS coins’ long-term profit potential is supported by market projections. By 2022, the maximum price is anticipated to increase to $4; by 2025, the price of the EOS token would trade beyond $5.2 per token. The cryptocurrency may make a great pick for an exceptional investment when considering prior performance. However, doing your own research before making investment decisions is most advisable.

Considering EOS’s price performance over the past years and the somewhat bearish price movement in recent weeks and days, we expect EOS to climb steadily with little volatility. Currently, EOS trades around $1.9 – $2, and its future prices will depend on how the overall cryptocurrency market performs. However, EOS could be a good choice for long-term investors.

The EOS future price is expected to reach a minimum of $1.64 in 2022. With an average selling price of $1.70, the EOS price may reach a maximum of $1.92.Therefore, to reach the forecasted EOS price of $100, today's price would have to increase by more than 50 times. This would mean that the total market cap of EOS has to reach over $101 billion.

Block.one is a private company registered in the Cayman Islands that develops the EOSIO platform that runs EOS tokens. Established in 2017 by Brendan Blumer, the CEO, and Daniel Larimer (CTO), it will be one of the largest companies in the cryptocurrency ecosystem. Trouble started when the EOS Network Foundation (ENF), the ‘rebels’, claimed Block.one was no longer acting in the network’s best interests. Then, the top 25 EOS block producers elected to stop issuing 67 million (around $214m [£157m]) EOS vesting tokens scheduled to be unlocked and distributed to Block.one over the next seven or so years.

Where can you buy EOS?

Since EOS is one of the best-known cryptocurrencies today, trading of the coin is available on most of the largest crypto exchanges such as Coinbase, Binance, and Huobi. EOS might not be available on smaller exchanges or ones that are more strictly regulated.

How do I store EOS?

As with popular cryptocurrencies, EOS can be stored on popular hardware wallets such as Ledger Nano S and Trezor. Several options are also available for software/desktop wallets, such as Jaxx, Exodus, Atomic wallet, and Infinito

How do I mine EOS?

EOS uses Delegated Proof of Stake (DPoS) consensus mechanism, which requires no mining. Therefore, if you want to help maintain the blockchain, you have to stake your EOS tokens. From there, you select the network validators by using your staked coin votes and get rewarded in proportion to your staked coins.