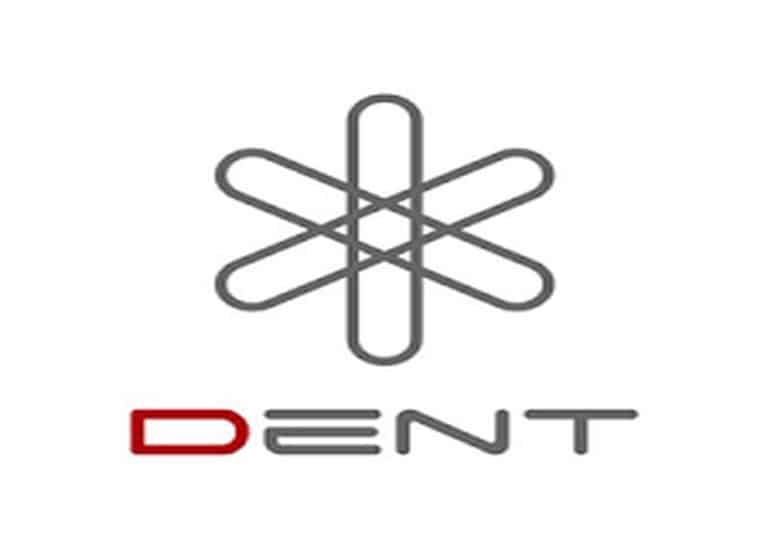 What’s the Dent Network up to? Did the team just get rich, dump all the dent coins, and put these 1GB ads to make it look alive, so people don’t dump the coin?

There’s a previous question on not needing the DENT coin as it accepts BAT and others. It’s also reportedly wholly centralized. The company can mint new coins if it wants or freeze your coins in your wallet—freeze selling, buying, whatever it wants. This has something to do with governance. We want some light shed on these complaints as worthwhile money matters need community scrutiny.

How about the fact that Dent is an ERC20? It is used to pay for mobile data globally using the eSIM (not unique to DENT and the existing solutions are way better), well as long as you stay in North America and Europe (there are just over a dozen supported countries outside this area https://www.dentwireless.com/dentesim). Your dent tokens are apparently traded on the DENT exchange to pay for data when you purchase a plan with your dent tokens (e.g 40,000 dent tokens for 2 GB of data). However, like all the best cryptocurrency projects, the software is not open source and is patented (Hbar shills finally a project truly worthy of your attention).

Take a look at other questions being asked about certain small prints in the coin’s minting and the vulnerability of personal data.

Don’t worry, guys, because the team is currently only dumping 600-800 million DENT a month onto the open market (https://www.dentfans.com/dent-token-distribution-and-releases/).

Also, your personal data is governed under Hong Kong law, which means all your data is being shared with the CCP to determine your social credit score.

Dent is a cryptocurrency founded by Tero Katajainen and developed on Ethereum. Dent attempts to be the best cryptocurrency for mobile data on the platform. The project is an entire ecosystem built on the Ethereum blockchain that plans to create a mobile phone and smartphone user community. The developers of the project pursue this goal so that in the future, they can influence the providers of mobile services to obtain better conditions than they currently have.

Dent is a data exchange platform that was created on the Ethereum blockchain. It has no central entity like other cryptocurrencies, allowing Dent users to purchase mobile data. Users of Dent can also share data of their own accord through a system on the platform. In this article, we will disclose our DENT token prediction.

Smart contracts which operate on the Ethereum platform are used for storing data. In essence, Dent’s primary function is to buy mobile data from other users on the network.

The question being posed is then – does the Dent coin have potential? What would the Dent DEX look like in the next five years? Here is the complete dent coin-price predictions.

Dent is a recent and unique system that aims to develop mobile phones and smartphones. The project creators started to impact mobile services with the token positively.

This step ensures that future services rendered would be in a better situation than currently and why several people are buying Dent to add to their cryptocurrency wallets.

The platform has a Dent mobile app that can be installed on mobile devices through which you can buy and send mobile data to anyone worldwide. Buying Telco assets on the Dent app requires a Dent coin instead of fiat currency. The Dent platform is like a cryptocurrency marketplace in its mode of operation.

The Dent team developed a network that allows users to sell their mobile data packages to other network users. The inspiration for Dent came up after Cisco released a study that disclosed that $32 billion worth of data is purchased, but 15% always seem to remain dormant.

Dent creators aim to provide a network that makes every telecom industry all over the world much more competent and inexpensive at the same time.

As of the writing of this Dent Price Prediction dating August 12, Coinmarketcap ranks the cryptocurrency at number 110 with a market capitalization of $666 million. Over 99.01 billion Dent tokens are in circulation, with an all-time high of $0.1114.

The Dent platform aims to provide a data-sharing economy where users can freely transfer, buy, and sell data. The Dent marker will come to be the world currency for mobile data. Then, users can send Dent tokens to telecom providers in exchange for data.

The project aims to remove the price of data roaming and routing costs for telecom service providers.

The Dent project will automate the purchase of data packages for users. The goal is to ensure that Dent users always get services from the most favorable operators at a reasonable price.

This enables users to trade their mobile data from the digital eSIM. The eSIM is the digital SIM provided by DENT to its users. It allows the users to contact another person quickly or use mobile data in 50 countries. The users won’t have to worry about mobile roaming charges. Users choosing to opt for the DENT eSIM will be free to keep their current mobile numbers activated as the eSIM handles traffic simultaneously.

If you are using the DENT eSIM, you won’t need contact, and you as buy as many GBs as you want on the go. This is called the DENT Worldwide Data. The DENT ecosystem consists of the DENT Gigastore and the DENT marketplace. Together, they make the buying and reselling of mobile data relatively easy.

How does Dent work?

Dent is a lot easier to use and less expensive. Dent helps give access to the internet more accessible by using several projects. Mobile users need only to send Dent to telecom providers for their services. Additionally, there would be a provision data-sharing community where data users can quickly transfer, buy, or sell data on software.

There is no expert on the technical analysis of Dent. Still, according to the 4-hour dent price prediction chart that we see down below, Dent has been trading with a bearish downtrend, trying to regain 100-day and 50-day moving averages.

It is anticipated that DENT will make one last leg down toward 0.000615 as long as 0.001990 continues to operate as a tactical critical barrier before beginning a bullish turnaround above the strategic support level of 0.000260.

According to the Wallet Investor Forecast System, DENT is an excellent long-term (1-year) investment. Smart technical analysis updates dent forecasts every 3 minutes with the most recent prices. It is vital to remember that the DENT price can be easily manipulated because of the low market size.

Dent’s value is expected to climb by 11.71 per cent to $ 0.001127 by July 23, 2022, according to Coincodex’s current price estimate. According to their technical indicators, the present attitude is Bearish, while the Fear & Greed Index indicates. Dent had 14/30 (47%) green days with 5.45 per cent price volatility in the previous 30 days. According to our Dent forecast, now is not the time to buy Dent.

Comparing Dent to other significant technical advancements and trends might help anticipate where the Dent price will go in the long run.

According to our in-depth technical analysis and past price data of DENT price history, the price of Dent is expected to hit a minimum price value of $0.001 in 2022. With an average trading price of $0.001, the DENT price may reach a maximum of $0.001.

According to our in-depth technical research of DENT price history, the price of Dent in 2027 is expected to be approximately $0.009. Dent has the highest price of $0.010 and an average trading value of $0.009 in USD.

It is anticipated that the value of dent will continue to rise, given that scarcity typically results in price increases. Please be aware that there is uncertainty associated with any investment. Simply said, before drawing any conclusions, you should make an investment in what you are capable of losing and conduct as much research as is feasible.

The price of one unit of Dent (DENT) may drop to $0.001 by the end of this year on average. If we predict the strategy for the next five years, we see that the currency will most likely cross the $0.006 threshold without much difficulty.

Dent is a cryptocurrency with a remarkable potential to achieve price levels never seen before. It is anticipated that the value of DENT will rise in the future. Some industry specialists and financial professionals predict that the price of Dent will reach its all-time high of $0.045 before the year 2030.

Dent has revolutionized several industries since its inception. Several regulatory bodies have approved Dent, and a team of renowned developers is working hard to help it gain traction and acceptance. We believe that Dent has a very bright future, and the price predictions made by experts seem to be entirely accurate. So, if you are looking to invest in a promising cryptocurrency, then Dent might be a good option for you.

Based on the Dent price prediction for the future, it could be a great idea to invest now that the current DENT price drop is rampant and the company has started a massive rebranding project to project its goals to potential investors. It is a very profitable investment. They also have an enticing data-sharing plan. The Dent developers’ initial plan was to provide Telco on the blockchain. Users can buy and sell mobile data on the Dent software and get it by watching videos on the platform. It is not a mineable cryptocurrency.

It can create an interface with over 400 mobile users worldwide in more than 130 countries. It is crystal clear that this project will surely increase the price of Dent and make it more profitable for long-term investment. Besides, developments outlined on the project’s roadmap will certainly drive Dent’s price upwards.

Is Dent a profitable investment?

Dent has been regarded as a fantastic investment by many experts and traders for a long time. Surprisingly, the value is soaring. As a result, the investment may provide a satisfactory return.

Where to buy DENT?

Dent is available on several popular cryptocurrency exchanges, such as  Binance, Wazir, and Gate. io. These three platforms, among others, will let you buy Dent coins using fiat currency (such as USD or EUR), Bitcoin, credit, and debit cards.