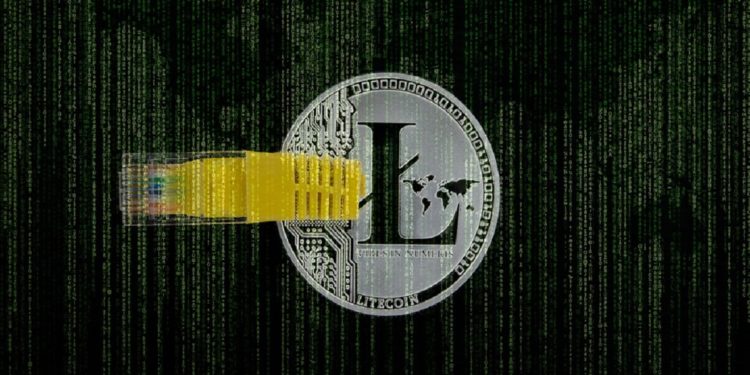 Dubbed “the cryptocurrency for payments,” Litecoin is a virtual currency that seeks to facilitate payments over the internet. Forked from the bitcoin blockchain in the year 2011, Litecoin was born to enable instant payments, something that Bitcoin was unable to do due to its slow transaction confirmation times. For instance, a transaction on the bitcoin blockchain is confirmed after 10 minutes compared to 2.5 minutes on the Litecoin blockchain. Litecoin’s PoW algorithm is characterized by a computer power-intensive mining process. Although this algorithm is like the one employed by the Bitcoin blockchain, it has one significant difference. Bitcoin employs the SHA-256 hashing function while the Litecoin protocol makes uses of the Scrypt hashing function. Notably, the difference in the hashing functions gives each platform its distinctive transaction speeds. Another difference between the two largely similar coins is their creators. While bitcoin was created by a pseudonymous Satoshi Nakamoto, Litecoin was created by Charlie Lee, a computer scientist, and a former Coinbase employee.

LTC/USD pair has formed a bearish divergence for the RSI and MACD on the daily chart, upon when the price dropped below the $55 level. Technicals indicate LTC might be about to drop below the $50 support zone. Litecoin has struggled to pull in buyers below the $60 zone and is now declining similar to other major cryptocurrencies. LTC is only bullish while trading above the $57, which it is currently doing at $58.17. Buyers experience weight at both $60 and $65 key resistance zones. According to Action Forex, if the LTC/USD pair falls under the $57 level, its price might test both the $50.00 and $45.00 support zones. Nevertheless, with the eagerly awaited Litecoin Mimblewimble upgrade around the corner, investors anticipate a surge in the price of LTC. The upgrade will scale up the network’s transaction capacity on top of improving the network’s privacy.  The upgrade’s test net has been under development for about a year and is expected to launch by the end of September.

At the end of the first quarter of 2019, the Litecoin price recorded a 100 percent increase, having jumped from $30 to $61 in three months. The appreciation was a phenomenon considering it recorded such impressive figures in the first quarter in the year 2017. In February 2020, the price of Litecoin rejuvenated the hopes of its community after it retained its earlier crown of $70, which it had last worn in September of 2019. From $43 to $70 in just one month, this was seen as an early sign of an impending bitcoin rally. Most significantly, this theory was hoisted by a similar phenomenon that was witnessed in March of 2019.

Instead of continuing with its upward trajectory, the price of Litecoin took a hit, possibly due to the coronavirus pandemic. From a high of $70 in February, LTC is retailing now at $43.17 as on September the 22nd 2020. With the pandemic fallout still affecting global economy, Litecoin is likely to test its support levels at $40, $27, or its 2018 low of $22.

Litecoin predictions, just like any other popular cryptocurrency, are done according to various aspects. For instance, some forecasts solely rely on technical analysis. In contrast, others are pegged on the market news and community engagements. Additionally, to increase the accuracy of the prediction, a Litecoin forecast can be prepared using advanced methods such as machine and deep learning. Deep learning, unlike machine learning, takes into consideration more factors such as technological progress, security, competitions inside the crypto space, political factors, among others helping it to bring a more accurate prediction. The Litecoin price prediction for the next ten years varies. However, there’s a significant indication the LTC price is destined for greatness.

Litecoin’s second halving event took place in August 2019. In the cryptocurrency world, halving is directly equated with an increase in the price of the cryptocurrency. This equation relates less supply with a hike in price. The LTC halving reduced the amount miners make for confirming a single transaction from 25 LTCs to 12.5 LTCs. Luckily, a short term Litecoin price predictions 2020 seems to promise investors a relatively good harvest. For instance, technical analysis shows that the Litecoin LTC price started the year on a low, build back up to the $60 mark through bullish activity, but has since been heading down towards the $40 mark. Unfortunately, others are not so optimistic. Wallet Investor, for example, has a Litecoin price prediction of $30 and $22.95. TradingBeasts, LongForecast, and DigitalCoinPrice are forecasting that the price of Litecoin will reach $47, $55, and $106, respectively. Lee, Litecoin’s founder, is seemingly not interested in giving price projections for his creation. In 2019, while appearing on the Off the Chain podcast hosted by Anthony Pompliano, Lee fails to g:

In the next five years, the Litecoin trend of a bullish resistance is likely to continue. However, a five-year Litecoin prediction is likely to give a higher return on investment (RoI) to those who have already secured a quiet corner in the LTC train. Wallet Investor forecasts that by the time they are done with 2025, the LTC USD ratio will be 1:1693. DigitalCoinPrice, on the other hand, restrained itself from putting a number on its five-year projection, although it sees a significant increase. On whether the price of LTC will one day match that of Bitcoin, DigitalCoinPrice notes that that will be unlikely in the foreseeable future. Interestingly, other indicators show that the top cream is not a reserve of only the King Crypto. If a projected bull run is something to go by, the price of Litecoin is likely to reach highs of $4,600 before the end of 2022, and it could exchange hands at $5,000 after 2022. Since prices have been steadily dropping, bullish activity is hoped to return by then of the year and reach $700 before finding its grip again and reaching highs of $90,000 by the year 2025 or beyond. On the lower side, LTC is likely to retail at $8,721 by the end of 2025.

After 2025, LTC analysts forecast good tidings for investors. With halving occurring after approximately every four years, by 2030, LTC will have experienced its fourth halving. With this, the prices of Litecoin between 2025 and 2030 will mostly revolve around the halving events. What will also come into play at this time is how the price behaved in the past after a similar event. With a rally almost always expected after a halving event, commentators foresee Litecoin closing the decade in the first three top cryptocurrencies in the market by having gained a considerable market cap. Some predictions are putting the price of the coin at a high of $1500 by the end of 2030. ConPriceForecast, a platform that provides cryptocurrency forecasts, isn’t so bullish. For instance, its Litecoin price prediction foresees LTC trading at $255.87 in mid-2026 and will close the decade with a USD value of $375.86. To arrive at these figures, the CoinPriceForecast system uses forecast models governed by unique data parameters. Then, a computer fitted with a learning module uses the parameters to make informed decisions. Over time, as the learning module interfaces with large sets of data, the computer can predict real-world outcomes. A key point to note is that the code behind the learning module can interact with liquidity on exchanges, time-series data, coin events, media news, among other factors likely to influence the forecast of a specific cryptocurrency.

Litecoin price prediction 2020 puts the coin at a crossroads; LTC can either gain or lose. However, considering the current coronavirus pandemic and its huge negative impact on the cryptocurrency market, the price of LTC may not achieve much this year. Going by WalletInvestor, TradingBeasts, LongForecast, and DigitalCoinPrice predictions, the price of Litecoin is likely to oscillate between $30 and $100. However, if the COVID-19 pandemic is comprehensively controlled before the year ends, a Litecoin price prediction 2020 sees a possible high of $500 as predicted by Anderson.

Will Litecoin price go up?

With the crypto and traditional financial markets taking a hard hit from the COVID-19 pandemic, investors are asking, “will Litecoin go up?” Luckily, from the outlook, Litecoin investors should take a front-row seat since a view into the future looks promising. Between today and 2025, commentators forecast that LTC will trade at between $500 and $90,000 on the higher side and between $7 and $8,721 on the lower side. Much of this success is being attributed to halving and recent developments such as the ability to send Litecoin directly from WhatsApp, the Litecoin network having higher transaction confirmation speeds than bitcoin, among others. Although it’s hard to predict Litecoin’s price with utmost accuracy in days to come, predictions are seeing a rise, especially in the period beyond 2020. The Trading View analyst Trader Scolo believes that LTC price will rise above $60 soon, stated mid-2020.

Is Litecoin a good investment?

Absolutely! Going by the LTC price projections above, and the expected growth rate in the crypto community, the decision to invest in Litecoin should be made sooner rather than later. But, LTC being a virtual currency; investing should be made after a thorough price analysis with a special focus on the possibility of a price drop and or a price increase. Unfortunately, one analyst can see that it’s unlikely that the profits made by investing in Litecoin can guarantee even the RoI level realized from an investment in Bitcoin. A key point announced many times ago, before putting your money in Litecoin, is whether you’re in it for the short or the long haul. Additionally, the volatility of digital currencies, and the investment policy should be a focal point for anyone new looking to invest in Litecoin. What’s your timeline mark? Is a week way within your expectations? Investors should consider the “all rights reserved” status of the policy and whether the rights reserved by the portfolio manager override their rights. Note that an investment policy should clearly indicate the general client objectives and how the manager would meet them. If there might be a fall expected based on predictions, a manager should be able to warn the client. Apart from the risks involved, Litecoin being established crypto, having a full-time head, and the ability to make small investments makes LTC a good investment.