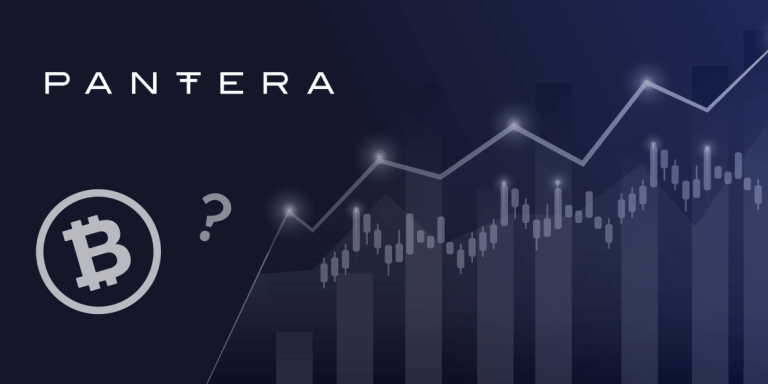 The recent happenings in the crypto industry have taken a huge toll on cryptocurrency valuations. Price predictions never looked so dull. Pantera Capital is however bold in its outlook on the crypto market, particularly with its Bitcoin price prediction.

Pantera Capital is the world’s largest cryptocurrency hedge fund in the world by AUM, with its headquarters in Menlopark California.

Pantera’s technical price prediction takes into consideration the money supply function of Bitcoin. Satoshi Nakamoto created Bitcoin to have a total supply of 21 million with the supply of new coins dropping over time. This fact provides a fundamental aspect in predicting Bitcoin’s price.

Assuming the demand for new bitcoins remains constant and the supply of new bitcoins is cut in half,  Bitcoin prices will go up. Currently, 6.25 BTC are minted and rewarded to miners (Block reward) every 10 minutes.

Block reward is halved every 4 years, technically this will be possible until 2140 noting when all Bitcoin will be mined. The next halving is projected to occur on 20 April 2024 when the block reward will drop to 3.125 BTC per block.

There has also been an increased demand for bitcoin before the halving event because of the anticipation of a price increase.

The firm expects further price volatility across the crypto ecosystem as fears of contagion drive asset holders to adjust their portfolios. Solana, Aptos and other assets linked to FTX will be the hardest hit.

FTX went burst. The exchange, once the third largest by trading volume, filed for bankruptcy protection in the United States. The two-week fiasco will surely be an inflexion point for the crypto industry.

The markets are down a lot on this news, and that’s going to show up in our performance, but when the markets bounce back, we expect to too.

Pantera Capital went on record disclosing its exposure in FTX being limited to its acquisition of Blockfolio proceeds. The proceeds were denominated in FTX stock and FTT. Quick risk response liquidated their positions on 8 November. Their exposure totaled about 3% AUM.

The main thing we aim to avoid in situations like this is losing assets in a way where the assets are gone permanently.

The episode according to the firm, will be a setback to adoption, as some fearful and skeptical retail investors are scared into staying on the sidelines. They anticipate institutions previously wary of the space to deepen their skepticism. The negative sentiment will however wane over time.

In terms of regulation, new stringent measures will be warranted especially for platforms that deal with retail clients. The firm praised decentralized protocols since they are public, open, and more transparent, and do not require users’ trust in the same way. They were hopeful that regulators would see this and shift their attention away from regulating DeFi to concentrate on regulating centralized entities.

Their reasoning however may not go well with European regulators. In an event at Warwick business schools, Jon Cullife, deputy governor of Bank of England, pointed out that behind decentralized protocols were “stakeholders who derive revenue from their operations.” He compared decentralized protocols to a driverless car, “DeFi is as good as the rules, programmes and sensors which organise their operations.” Authorities in England would need a great deal of assurance for such systems to be deployed in mainstream finance.