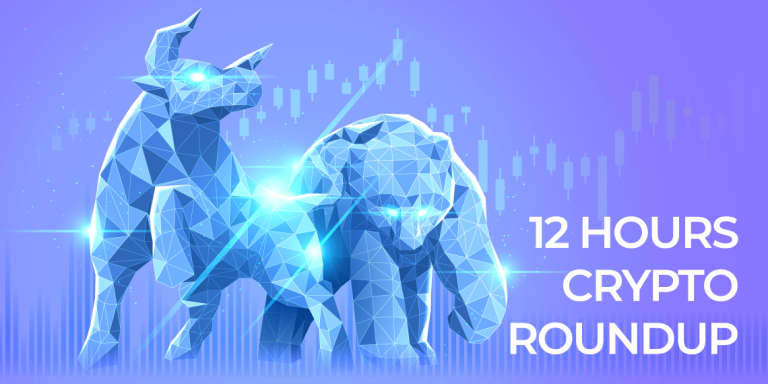 The spread of the virus and the emergence of new strains like Delta and Omicron have had an impact on the market. Inflation expectations may be short-lived, but they may have a long-term impact on the economy.

When it comes to international transactions, blockchain technology and cryptocurrencies provide a number of benefits. However, as the picture becomes more normalized on the institutional side, additional regulation is expected in the coming years.

Bitcoin finally manages to find stability in the steady market

The market position for bitcoin is stable, as shown by the statistics from the last 7 days has risen by around19.65%. The value of the bitcoin has decreased by around 13% in the previous week.

A gradual increase has taken place over the last several days. As of now, Bitcoin’s market cap is estimated to be $825 million.

In the previous 24 hours, a lot of individuals have purchased and sold bitcoin. There is a strong possibility that bitcoin will improve for the good in the coming months.

As of this writing, Ethereum has a market cap of $372,023,015,720 with a trading volume of $15,303,009,195. The ETH cryptocurrency has seen its ups and downs numerous times. However, it now seems to be attempting to establish a new world record. In the previous two weeks, the number of Ethereum nodes has increased by more than 50%. Ethereum now processes almost twice as many transactions per day as Bitcoin.

Solana is on the radar in the crypto market these days. The price of Solana has dropped by 5.89% in the last few hours. However, the price on the open market has risen more than 11%.

TERRA is at the losing end

During the past few hours, the price of Solana has decreased by 3.46 percent. However, the open market price has increased by almost 13%.

Terra was not very popular when it first came out. It took a long time for people to trust it and put in the work to reach its full potential. Terra came down in value, with a price of $56 in the last 24 hours. Many cryptocurrency experts think that the price of LUNA will go up in the next few months.

Retailers and financial companies, including Square, PayPal, and Robinhood, have embraced blockchain technology and cryptocurrencies in unprecedented numbers, bringing them into the mainstream. Unfortunately, the value of the market has been cut to $1.7 trillion by the most recent recession. It’s possible that more blows in the coming months may further erode the value. Investors are taking money out of the market in order to protect themselves from the current turmoil. Consequently, the market has shrunk in size.

Bitcoin and other well-known currencies must maintain steady values in order to overcome this issue. Everything is possible, and nothing is impossible.