What would happen if people spend $300bn stimulus money on Bitcoin? 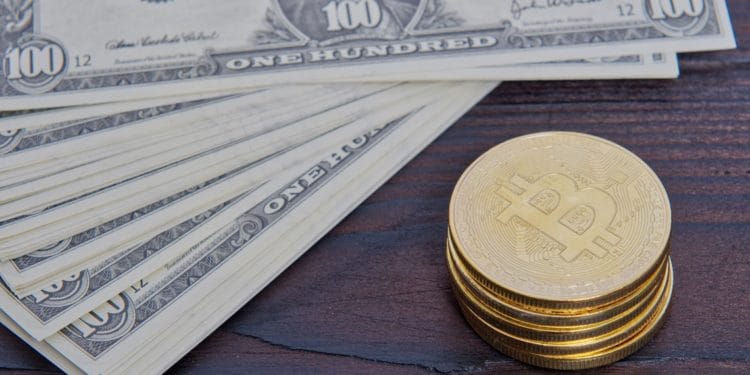 According to Kraken if the $300 billion stimulus money were to be spent on buying Bitcoin, Bitcoin would have been the most promising investment asset existing today.

Following months of lockdowns, business closures, loss of hundreds of thousands of jobs, and weeks of fierce protests against police brutality, the US economy is finally getting back on track. With the creation of over 2.5 million jobs in the month of May and people gradually returning to work, experts forecast that it would be slow yet steady progress.

Stimulus money: Boon or bane for the American economy?

A large part of this supposed economy revival can be attributed to the trillions of dollars of stimulus money that the federal reserve has pumped into the financial markets as a means to soften the blow from the pandemic.

This highly controversial move was debated by several prominent figures, including Tesla’s Elon Musk, who called it as a means to propagate inflation. So, while leaving it to the experts to do the talking on whether or not this extravagant stimulus money was really needed, Kraken’s business development director, Dan Held, in his recent interview with Forbes, explained what would be the impact of spending it all on Bitcoin.

So far, maximum American citizens have already received their $1200 stimulus checks from the government. What we learned from numerous reports so far is that this money was rather looked upon as a means of an investment than mere savings.

Cryptocurrency exchange Coinbase revealed that the platform saw a massive influx of new users as people flocked to the exchange to buy Bitcoin. Apparently, they were apprehensive about the effects of trillions of dollars getting pumped into the economy and, thus, Bitcoin as a hedge against likely inflation.

What happens when all that money is spent on Bitcoin?

Held, who works at the San-Francisco based cryptocurrency exchange Kraken, tells Forbes that if only each one of the American citizens, who received the $1200 stimulus money, had opted to buy Bitcoin with it, then the crypto would have surpassed a market cap of $2 trillion.

And while maintaining that this is merely an estimation based on present figures and must not be regarded as an investment advisory, Held states that the money allotted for stimulus payments almost doubles all the speculative money spent on bitcoin.

That said, it might not be as easy as we think. For many Americans, the stimulus was spent on stocking essentials that last for months, considering the unprecedented job loss. Bitcoin, being a highly speculative and volatile asset, might not be the first choice when it comes to investments. A large number of people still view it as an unstable asset when compared to other conventional investment options.

Held says that one factor that makes a strong case for Bitcoin is its scarcity. This is what gives it leverage over other assets.

Given the limited availability and the fact that not all Bitcoin owners buy it with the intention of selling, it is very likely that the humongous stimulus money would be focussing on a very small number of sellers, eventually causing the Bitcoin price to rise exponentially.

Bitcoin promotes a financial system that is devoid of monopoly and censorship of any kind. If only every US citizen could buy Bitcoin with their stimulus money, then it would serve as a giant leap toward setting a new gold standard – the Bitcoin standard.