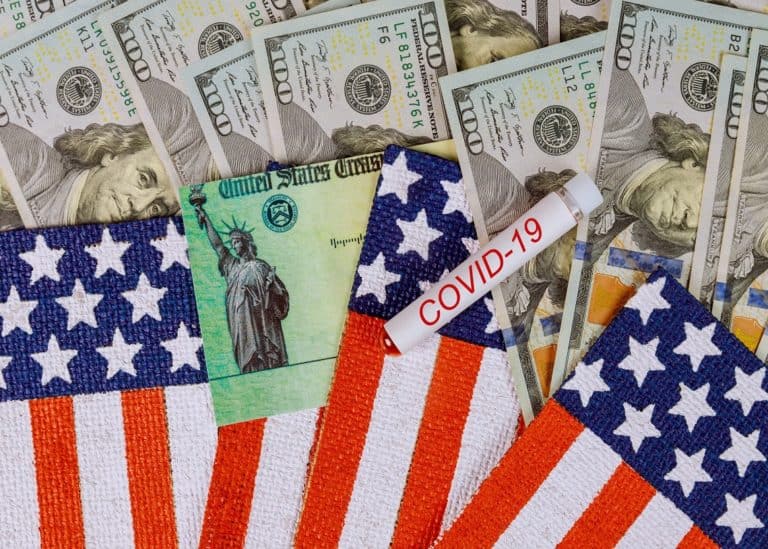 As Americans buy Bitcoin with stimulus checks, the CARES Act has unknowingly fueled crypto rally. Coronavirus pandemic has forced governments across the world to implement lockdowns. All economic activity has been suspended, and only the bare essential industry is humming along. Central banks in America, Europe, and elsewhere have released stimulus packages to safeguard markets.

Last month, Congress passed a $2 trillion economic stimulus package that included sending $1,200 checks to hard-hit Americans. However, data has emerged that show many Americans are using the money to purchase cryptocurrencies, especially buy bitcoin with card.

The chief executive officer of Coinbase, Brian Armstrong, has shared data that shows stimulus relief money being poured into crypto assets. Brian released a chart reflecting the buy and sell trend of $1,200 on U.S. based crypto exchange Coinbase for the past few months.

The past few days’ activities in the chart is depicted by a huge spike representing a fourfold increase. This activity coincides with the period during which most Americans started receiving stimulus checks for COVID-19 relief. The peak cannot be solely attributed to the stimulus, but Armstrong believes the newly-found liquidity is fuelling the trend.

Bitcoin price took a sharp turn downwards post-March 12 and has recovered well since then. COVID-19 pandemic has led to a sharp decline in Bitcoin prices compared to its January highs. However, that does not mean the public has lost interest in cryptocurrencies. In fact, many view Bitcoin at par with gold in terms of value storehouse these uncertain economic times.

Abrupt moves in Bitcoin price are a good indicator of gauging public interest. Numerous crypto exchanges reported an increase in crypto trading activity post the March 12 market rout. Another reason behind rising Bitcoin purchase figures can be the upcoming BTC halving scheduled in May. Crypto fans are prone to collecting BTC before the halving.

Reddit is also abuzz with posts where many users claim to buy Bitcoin with stimulus checks. These posts are giving a strong hint that the money from the CARES Act is being poured into Bitcoin. The economic turmoil and halving excitement are fuelling the crypto trend.

My April Global Macro Investor was one of the most important I have ever written. It provides a framework that I have been building for many years and helps give you ideas of how to navigate what is going on. I've made it free for anyone. I hope it helps.https://t.co/ZituwplWIb

When Americans buy Bitcoin with stimulus checks, the government’s relief efforts do take a seat backward. The instant monetary relief is meant to help Americans tide over economic uncertainty and ensure food on the table. At the same time, the trend is highly bullish for the crypto industry as it reflects the confidence Americans place in the crypto realm.