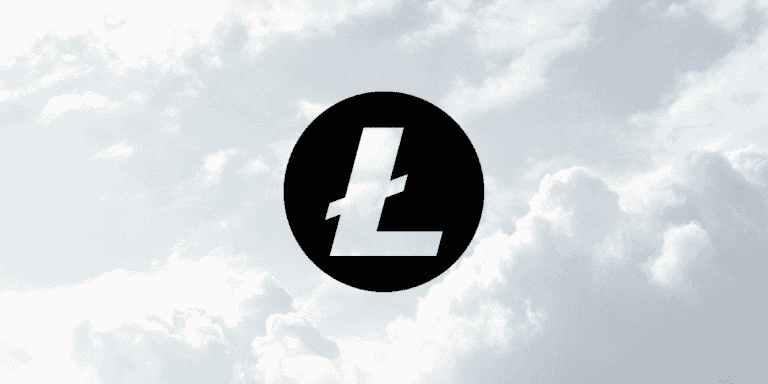 Litecoin price analysis is bullish today as LTC prices have recovered from the $65.56 support and are now trading at $70.29. The bulls have pushed Litecoin prices up by 5.73% in the last 24 hours, and this positive momentum is expected to continue today as Litecoin seeks to hit $75.

The 4-hour chart shows that the bullish momentum has been gathering strength over the last few days as the prices have broken out of the descending triangle pattern. The breakout has been confirmed by a strong increase in volume, indicating that the bulls are in control of the market. The MACD shows increasing bullish momentum, and the RSI is currently at 63, indicating that there is room for further price increases.

Looking at the daily Litecoin price analysis chart, we can see that Litecoin prices have been in a strong uptrend since early March, with prices rising from $50 to their current levels of $70. The bulls have been in control of the market throughout this period and show no signs of slowing down.

Litecoin price analysis reveals that LTC prices have been in an uptrend in the last 24 hours as seen in the 1-day price chart. The market opened at $65.56 and the prices surged to highs of $70.35 before a slight correction set in. Litecoin lost the $70 support but found another support level at $65. The bulls have taken control as LTC is currently testing the $70 resistance. A breakout from this level could see the prices surge to $75. 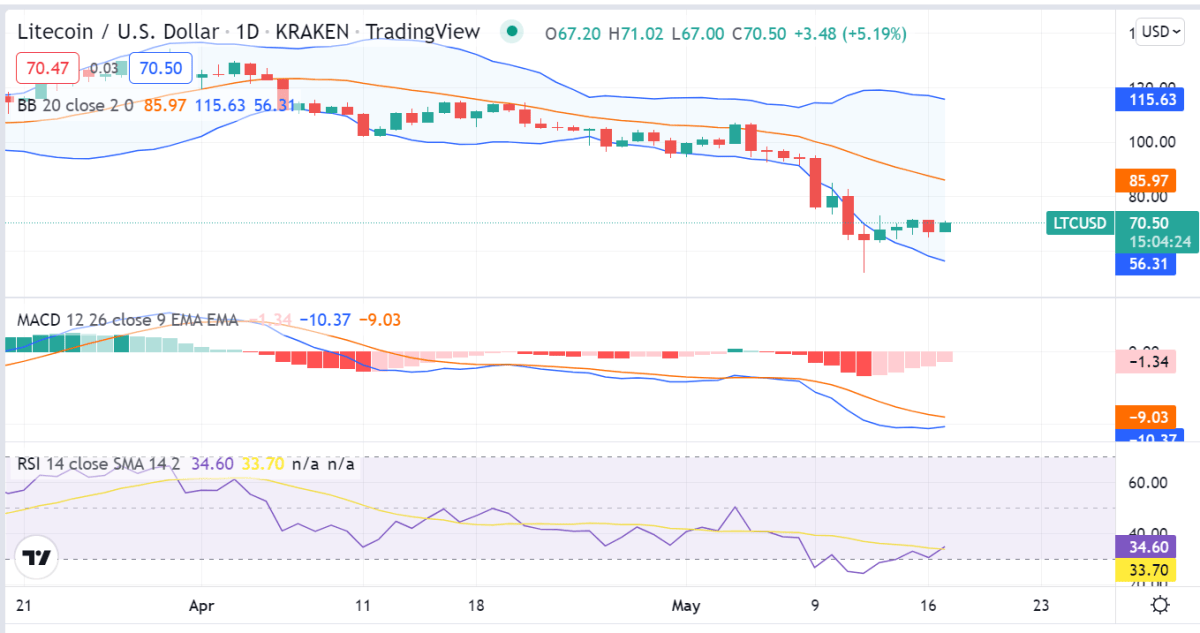 Ascending triangle patterns are generally bullish formations that occur during an uptrend. The ascending triangle is a continuation pattern and it is formed by the consolidation of prices between two converging trendlines. In the case of Litecoin, the upper trendline is resistant while the lower trendline is supported. A breakout from this pattern is generally bullish and it could see Litecoin prices surge to $75. 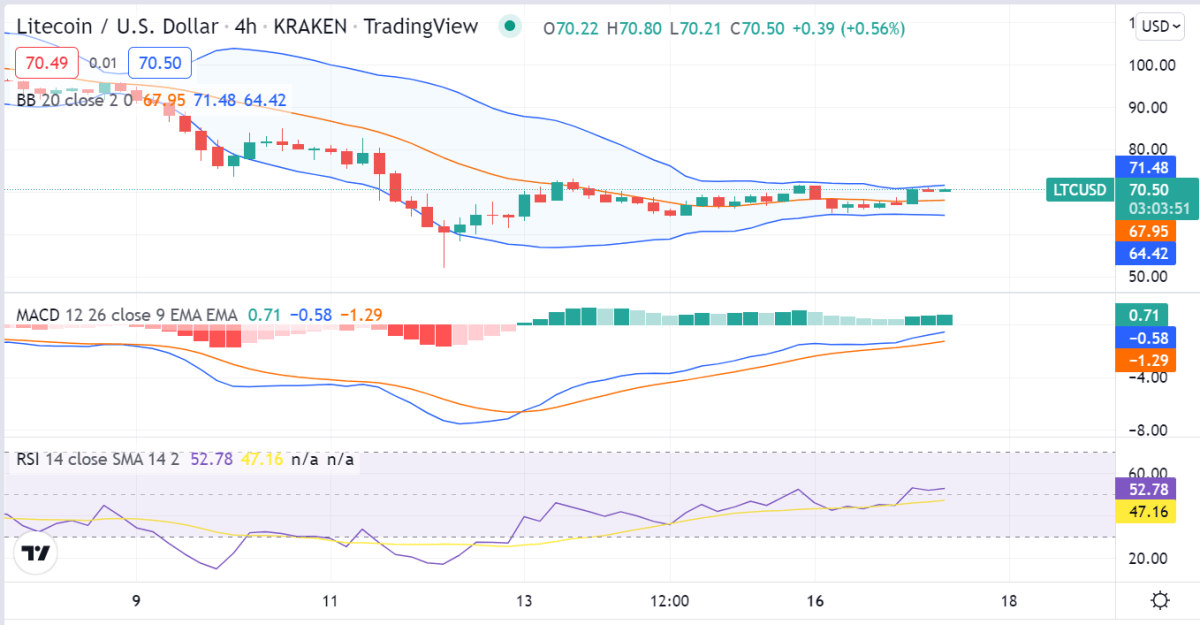 On the 4-hour chart, we can see that Litecoin has been trading in a consolidation phase over the past few days as it tests the $70 resistance. A breakout from this level could see the prices surge to $75. The RSI indicator is currently at the 60 level which indicates that there is room for more upward momentum. The MACD indicator shows that the digital asset is in a bullish trend as the signal line crosses above the red signal line. The Bollinger band indicator shows that market volatility is on the rise as the bands expand.

Litecoin price analysis for today is bullish as LTC looks to break out from the ascending triangle pattern formation. A breakout from this level could see Litecoin surge to highs of $75 in the near term. The bulls will need to push prices above the $70 resistance for this to happen.