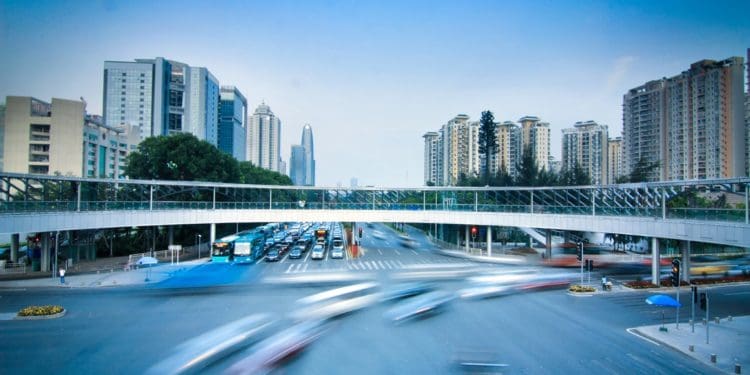 According to the latest report released by ReportLinker the global blockchain market is set to grow from a humble $3 billion this year to a whopping $39.7 billion in the next five years, demonstrating a Compound Annual Growth Rate (CAGR) of 67.3 percent.

If there is one technology that made the most headlines in recent few months, it is blockchain. From China announcing its plan to accelerate blockchain adoption by launching the nationwide Blockchain Service Network to Sydney counting on this technology to boost its economy in the next five years, the global blockchain market is rising, and rapidly.

What’s more exciting is that it is not just the government entities relying on its capabilities to streamline awkwardly inconvenient tasks. Private organizations like IBM and Tencent are placing a laser-focused emphasis on its integration to pump up their growth and development.

The report thus highlights that some of the most significant determinative factors to the rise of the global blockchain market by 2025 are soaring venture capital interests, increasing investments by private as well as public sector organizations. Perhaps most important was a never-seen-before need to simplify cumbersome business processes that are in dire need of revival.

Businesses today are reviewing their strategies and seeking ways to enhance transparency and stability by banking on technology like the blockchain that helps in lessening operational costs dramatically, while at the same time, ensuring that the core essence of the business isn’t lost.

The report attributes a large portion of the global blockchain market size’s success to the logistics and the retail industry, where the technology has already seen numerous real-world applications to increase traceability. Retail, together with e-commerce, is expected to lead the overall industry growth from the front by demonstrating the highest CAGR with massive investments and implementations.

Another strange yet unsurprising factor that will drive the global blockchain market growth is the COVID-19 outbreak. Since a large chunk of the world population is confined indoors with limited or no access to brick and mortar-like shops, alternative payment options such as cryptocurrencies are gaining traction.

North America and Asia Pacific to play an active role

Outlining the regions that will steer the blockchain market growth, the report mentions that North America will take the lead as the area is showing an increased number of R&D activities surrounding blockchain, trying to develop a best-suited innovation that enhances business efficiencies.

Closely following North America’s lead will be the Asia Pacific region, which is likely to grow at the highest CAGR during the estimated period as the region boasts an impressive number of new start-ups eager to trigger the blockchain adoption rate in the coming years.

That said, the factors that will perhaps deter the growth of the global blockchain market are the unclear regulatory framework and an incompetent skillset with limited knowledge and awareness about this field of technology.