US DOD counts on blockchain technology for enhanced security 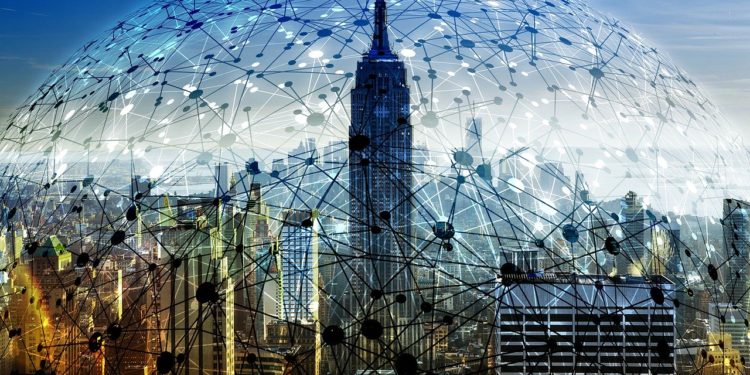 The US Department of Defense (DOD) is counting on blockchain technology once again, and this time it is for securing a highly confidential database consisting of over 4.5 million documents of more than 4,000 users, declared an official press release on Tuesday.

Last year, the DOD hinted at the potential use of blockchain technology to bolster cybersecurity and ensure no foul play when it comes to facilitating transactions and communication among various government entities.

On Tuesday, the US government department, which is responsible for nearly 40 percent of the federal research and development (R&D) allocations, decided to take one step further in this regard and award a Small Business Innovation Research contract worth $200,000 to SIMBA Chain, a blockchain innovator from Plymouth, Indiana.

With this weighty responsibility, SIMBA plans to design a proof-of-concept blockchain-powered platform that strengthens security, readability, and management of an enormous chunk of data currently handled by the federal government.

According to the announcement, the much-talked-about project, called the Authenticity Ledger for Auditable Military Enclaved Data Access (ALAMEDA), will take place for five months, starting from 1st June 2020.

Depending upon the reliability and quality of outcome from the initial testing phase, the US DOD will decide whether or not to grant SIMBA Chain a further grant of $1 million for the second phase that aims at a broader adoption of blockchain in a commercial space.

In essence, the desired system based on blockchain technology will help the US defense department to maintain and integrate scientific databases with ease and efficiency and share it among verified sources without falling prey to malicious actors or hacks.

The solution will also enable DOD to add an extra layer of security by allowing it to add or delete the number of users on the blockchain platform and handle permissions effectively.

The SIMBA Chain’s proposed solution, similar to Github, will tap into the potential of the distributed ledger technology (DLT) to act as a catalytic agent that forms a bridge between the third-party providers and users.

Commenting on this achievement, SIMBA Chain’s CEO, Joel Neidig, said in the announcement that the US DOD, service providers, and several corporate-level firms have capitalized on mobile devices and their ability to facilitate the free flow of information. However, this ease of exchange of data comes with a potential risk of falling into the wrong hands, Neidig explained.

Thus, we hope to leverage the sophisticated and highly complex blockchain technology solutions to corroborate the user access, facilitate direct and secure connections among verified users and make sure that it is not subjected to any illicit use, Neidig concluded.