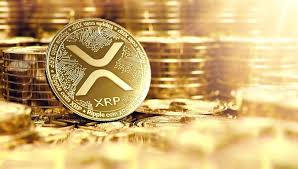 Nick Szabo was the first computer scientist to propose smart networks in the year 1996. In a nutshell, smart contracts are computer procedure, specially designed to confirm and execute agreements, and not require a third-party intervention. In recently, intelligent contracts continue to be tagged to cryptocurrencies.

By releasing a custom test net, developers who want to use Flare with XPR for creating apps would have a testbed to test their apps first, before investing their money. Also, different functions and smart networks that’ll be the backbone for the flare network will undergo testing on the platform.

In November of 2019, Xpring penned an agreement to invest in Flare. Xpring is the investment arm of Ripple. Flare at the time opined that their partnership was going to create a smart contract platform that brings resources and companies together to increase the Xpring, Flare, and XPR ecosystem. The way the platform helps smart contracts evolve, we might see Flare’s proclamation at the time come to play out.

RAKBank has plans to take advantage of Ripple’s RippleNet solution to take care of its international remittance in its Bangladesh corridor. To successfully implement the integration, RippleNet will be joined with RAKMoney transfer (RMT), the bank’s money transfer service. It goes to show the effectiveness of smart contract functionality.