Polkadot price analysis: DOT/USD steps down to $5.69 as downtrend extends 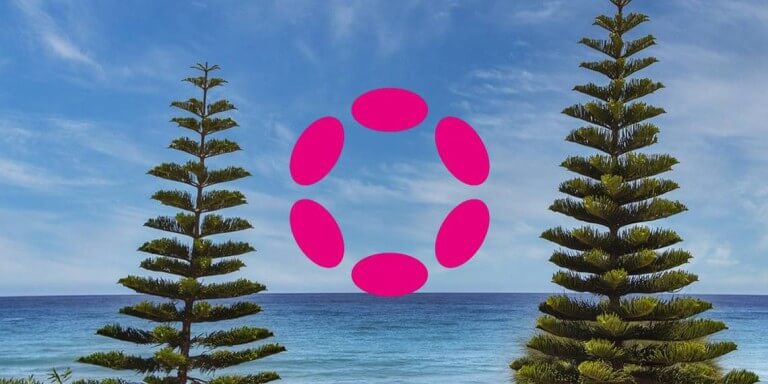 Polkadot price analysis shows the coin crashed hard as the market took a dip today. DOT has been on a downtrend since the start of today as the bulls failed to hold support at $5.91. The coin is currently trading at around $5.69, which marks a drop of more than 2.37% over the past 24 hours.

The market has been on a bullish footing for most of this week, but it seems that bulls are finally taking a breather as the market dips today. There is strong support at $5.54, and many analysts believe that this level will hold in the short term. However, if DOT breaks down below $5.54, it could find further support at $5.27, or even $4.90 if the bears are in control.

Polkadot price analysis on a daily chart: Bears in control as prices struggle near $5.69

The 1-day price chart for Polkadot price analysis shows the coin was showing a bearish tendency for the last 24 hours, but the bearish pressure started to rise more and went extreme as the price is now trading at $5.69 at the time of writing. DOT/USD has a 24-hour trading volume of $367,161,614,and a market cap value of $6.48 million at the moment.

The upper band of the Bollinger band is residing at the $5.91 level, which is a very strong resistance while the lower band is at $5.54, which is very strong support. The Bollinger bands seem to be very wide due to the high-selling action experienced in the market. The moving average (MA) has also started to travel below the $6.33 mark.

The relative strength index (RSI) has also been traveling downwards since yesterday and has almost reached near the border of the oversold zone. The RSI is trading on a downward slope at index 52.46 as the selling pressure is high from the bears but has not touched the oversold zone yet.

The 4-hour price chart for Polkadot price analysis shows the coin got support at $5.54, as the price took an upturn from this point rejecting further downside. The price has been elevated up to $5.69. The increase is comparatively very small, but the last green candlestick is hopeful for assuming the price is maintaining its level now.

The volatility is high on the 4-hour chart as well, even much more than the daily chart, and the lower end of the Bollinger bands shows more divergence due to the overwhelming downtrend at the moment. The lower limit of the Bollinger bands at the $5.36 mark now as bulls encounter. The RSI curve has also turned upwards due to the recently found bullish support after dipping into the oversold region today. However, the RSI is still trading in the oversold territory at index 24.

Polkadot price analysis shows the price is present at the lowest level after the huge crash. The charts are showing some down signals in the short term, but looking at the long-term indicators, we can see that DOT may find support and stabilize in the near future. The market is likely to remain volatile in the next few days as traders try to assess the direction of this new currency.