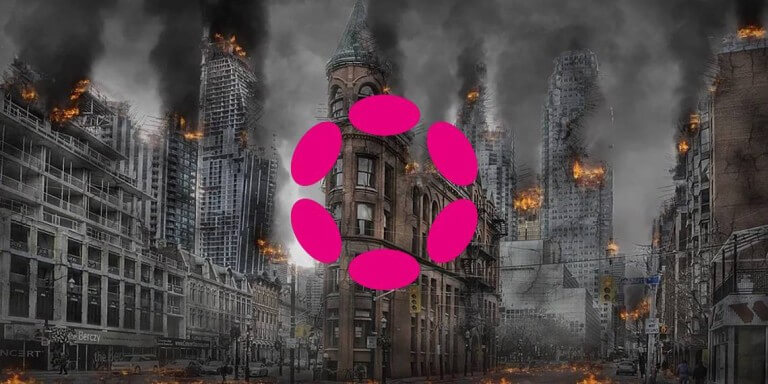 Polkadot price analysis is going bullish for today as it reveals that the price has been following an upward movement today, as the bulls have constantly been striving for the lead. Bulls have finally dodged the ongoing bearish trend as the coin was on the decline previously. Still, bulls succeeded in taking control after the steep correction observed yesterday, and the price has increased up to the $5.77 level as a result of the continuous efforts. Further increase in price is to be expected in the approaching hours as well.

The one-day Polkadot price analysis shows that the price has been following an increasing trend today. Although the trend was in favor of bears previously, now the circumstances have changed, and the overall trends have been in favor of the buyers. A significant increase in DOT/USD value has been recorded in the last 24 hours, as well as the price moved up to $5.77 at the time of writing. The coin has gained 1.79% within 24 hours, as bulls are relentlessly fighting to maintain the momentum.

The moving average (MA) is relatively at a stable position, i.e., $6.44, just above the price level. The previous decrease in volatility has adjusted the upper Bollinger band value to $7.28, and the lower Bollinger band value to $5.55. The Relative Strength Index (RSI) index has also increased to the index 53.84 level as the upwards curve of the indicator hints at the buying activity in the market.

The hourly Polkadot price analysis shows a considerable increase in DOT/USD price has been observed during the last 4 hours. The price breakout was downwards, but it started to recover again and, as a result, kept on increasing for 24 hours consecutively, which defined the trend for today. However, selling pressure is forming again, and the price is currently correcting but at a controlled pace, settling at the $5.77 level.

The given hourly and daily Polkadot price analysis confirms an uptrend for the day, as the price has undergone a significant increase in the last 24 hours. Bulls have been leading the price charts for most of the day, and an upward tendency has been shown by DOT/USD. A further increase in price should be expected as the hourly price chart is also showing positive signs.