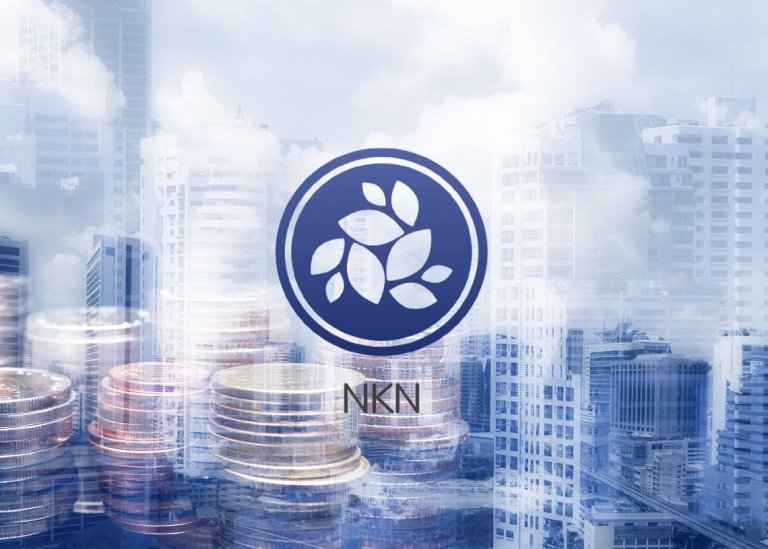 NKN – an acronym for New Kind of Network – can be compared to Substratum and Ontology, two projects are building a decentralized internet solution. But a better perspective would be a triumvirate where NKN provides decentralized networking, Ethereum takes care of the decentralized computing, and Filecoin/IPFS does the hosting via decentralized storage. What can you hope to gain from this NKN price prediction?

If you are aware that one of the first applications built on NKN is a Smart home IoT, a Proof-of-Concept for what the team calls the “Airbnb of the Future,” a decentralized sharing economy, you’ll be interested to get into position for the next bull run. Money is still out there and prices are driven by the community.

The NKN hype started two years ago when an impressed observer exclaimed:

This project has the highest potential to achieve mass adoption out of all the competitors in this space!

At the time of writing, NKN is already the most extensive blockchain network globally, with over 101,000 nodes, with Bitcoin and Ethereum having roughly 10,000 nodes each. We’re getting ahead of this puzzle, so let’s start from the beginning.

When you think of blockchain, think of the nodes and exciting things are happening in October to the NKN ecosystem. Try Surge for a start:

Network Infrastructure for a Decentralized Internet, known as NKN, is the working of unique peer-to-peer networks based on blockchain technology. The NKN Ecosystem is powered by a novel public blockchain that uses monetary incentives to push Internet users for network connection sharing. This way, they will be able to utilize the bandwidth that is still unused and available to them.

Thus, NKN offers the “new Internet,” i.e., the public internet network and more network resources. This project was launched in the year 2018. The founder of the NKN network is Bruce Li, who was also the ex-Chief Operating Officer for the cryptocurrency project. The founder stated that the network operates from offices based in Beijing and another in Silicon Valley in an interview.

Using the NKN blockchain, you can share your Internet connection with different users from across the Internet in a P2P manner.

The NKN network uses Proof of Relay‘s consensus mechanism or the POR consensus. The benefit of this consensus is that it is highly secure and evades attacks directed to the network. Hence, data transmission can be verified, and the verification cannot be tampered with.

Currently, there are more than 25K nodes to validate financial transactions and all the imaginable data on the NKN blockchain. This makes NKN an already impressive network, wherein the participants receive rewards.

Therefore, when it comes to the NKN price predictions, it is essential to learn about the use cases of the NKN token.

Cellular Automata, A New Kind of Science, and the Ising Model build NKN’s consensus algorithm. A simple local majority rule can allow nodes to reach an agreement in a small number of iterations.

The NKN network has several Chinese collaborations under it as it forms the next-generation blockchain systems. These include:

NKN prices fell sharply after April after reaching the year high at $0.32. NKN has been highly volatile and traded sideways in the last month. According to coinmarketcap, NKN registered its all-time high at $1.48 on 9 April 2021.

The NKN coin price has been trading sideways for the last 2 months and has lost 75% of its value from the year’s high. The MACD histogram indicates minimal NKN price momentum; the MACD line is moving along the signal line, suggesting a period of uncertainty in the short term. The William alligator trend lines suggest the NKN value will continue sideways. The 14-day reactive strength index shows NKN is not in the oversold/ overbought with plenty of room for upward price movement.

The site scans a given coin’s exchange rates and other historical market data and uses these data to provide the NKN average forecast price. NKN’s price will rise to $0.10687588773071 in November. It will then trade sideways for the end of the year 2022.

Cilinix Crypto Youtube channel’s latest update on NKN suggests that the coin has little potential despite having a loyal following. The presenter follows the NKN performance and highlights a spike that sent NKN to $0.14, which he associates with market manipulation with no fundamentals to explain the hike. He later predicts a bearish price movement that is playing out now, potentially dropping lower to $0.07.

The future of Web3 is here, and top industry players are positioning themselves to earn from its benefits. Grayscale is one of the largest registered digital assets managers. Web 3 has enormous potential, and NKN is working on its infrastructure.

The future of Web3 is here, and top industry players are positioning themselves to earn from its benefits. Grayscale is one of the largest registered digital assets managers. Web 3 has enormous potential, and NKN is working on its infrastructure.

NKN will prove to be a profitable investment as mass adoption of web3 occurs.

The NKN network is touted to be extremely scalable, with the ability to support millions, if not billions, of nodes. The software is simple to implement and comes in a variety of computer languages. The NKN ecosystem has continued to draw investors who use the network directly without an IP address. Data is stored only in the local device, guaranteeing the best privacy and security protection.

The NKN team is ambitious, and with widespread acceptance, it will redefine peer networking and privacy standards. The NKN network offers a decentralized network that envisions the future of Web3 independent of central control. The system enables anyone from the globe a fair share of internet resources and incentives.

The NKN forecast shows that crypto coins will hit an all-time high (the highest price) in 2030. Investors should research before investing in the cryptocurrency, especially a coin as volatile as NKN, which has been a victim of price manipulation, resulting in false price spikes. NKN crypto analysis and predictions are not investment advice.

The future of global networking is Web 3, and NKN is laying the groundwork for decentralized networking. NKN will incentivize its users by providing a peer-to-peer bandwidth sharing mechanism. This protocol is very important in Web3.

Is NKN a good investment?

NKN is a good project with prices set to trade higher this year.

Where can I buy NKN?

Which wallets can store NKN?

NKN tokens can be stored in the Trust wallet, NKN wallet, and Ledger wallets.

NKN will not replace bitcoin. NKN and Bitcoin have different use cases.

There is a low probability of an NKN price crash.