by Saad B. Murtaza
in Monero News
2 min read 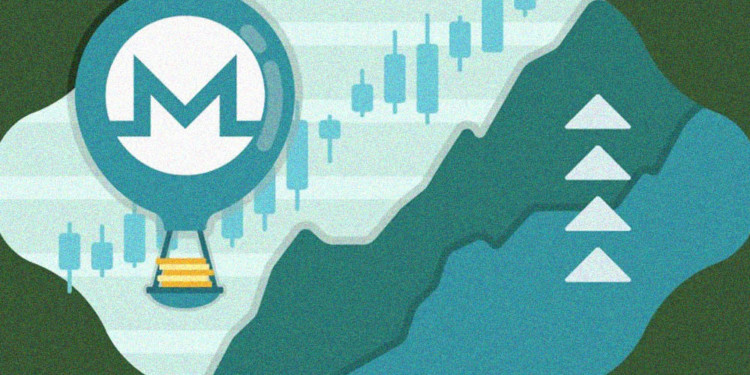 In the last twenty-four hour window, Monero XMR price witnessed a significant rise on the charts, as the hodlers and the traders are approaching the latest network upgrade.

In the midst of red Wednesday, XMR price, the privacy coin stood out from the rest, it went up to sixty dollars ($60) from fifty-two dollars ($52). This marks the largest green candle for Monero in over thirty days. 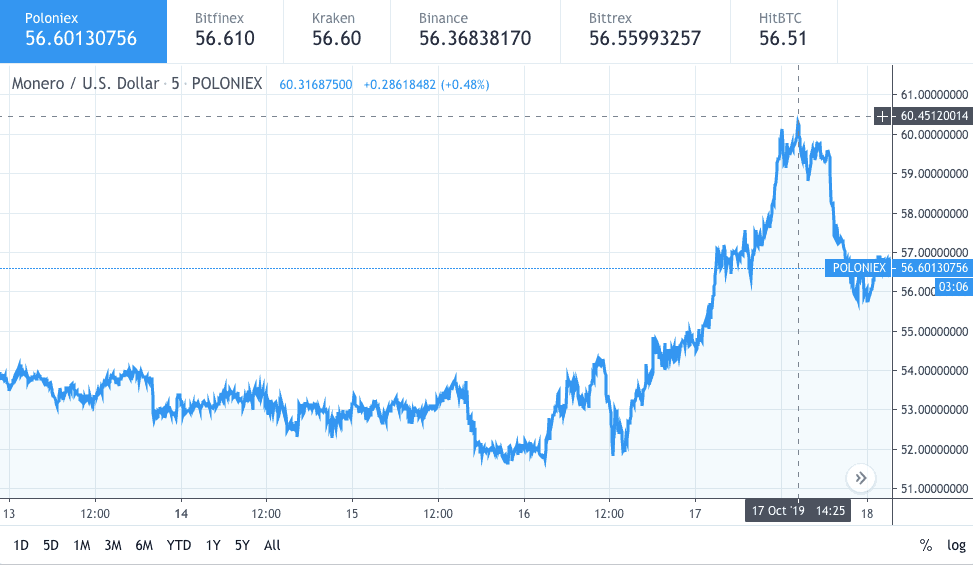 After hitting a record low within the first three months of this year, the bullish trend benefited from the leading currency Bitcoin’s trend. The Monero XMR price was brought up to one hundred and twenty dollars ($120) in June 2019.

Whatever happened with the Bitcoin, the bearish trend flipped the privacy coin was also pulled at a little over fifty-one dollars ($51.75), instigating the Relative Strength Index (RSI) to meet the yearly lows.

Since then the token has recovered at around fifteen percent (15%) which occurred yesterday. After this, Monero briefly rose to the eleventh spot from the fourteenth spot in the list of most capitalized currencies.

Within the last few hours, Moreno XMR price corrected up to fifty-seven dollars ($56), along with being back on the fourteenth spot on the capitalized currencies list. Though, this recent positive event for Monero may have something related to this rise in the XMR price.

The expectations regarding the Monero’s latest proof-of-work (PoW) algorithm RandomX, have increased, as the crucial moment for the coin’s future is approaching.