The Monero price prediction by the Trading View analyst The Trader US depicts that the cryptocurrency will fall towards the $91 to $92 range soon. The cryptocurrency observed a decline in its price on the 7th of November, and it currently rests above the $112 mark.

After reaching a day’s high of $125.981, the cryptocurrency started to trend towards the downside until it approached the end of the day. On the 7th of November, the cryptocurrency fell to a day’s low of $109.816 US Dollars. At the time of writing, Monero was priced at $112.970 on Bitfinex.

What to expect from the XMR price?

The Trading View analyst Brandon Gallegos believes that the XMRUSD trading pair is setting up for a massive bull run, and the cryptocurrency is expected to move towards the $200 range very soon. Looking at the chart below, we can see that the price is well supported above the $102.77 mark, while the bottom support lies at $29.17.

The cryptocurrency recently broke above the $102.77 resistance in the first week of October 2020, and the cryptocurrency is now expected to see an increase in the price once it bounces off this newly formed support. Looking at the Relative Strength Index (RSI), we can see that the indicator closed at 50.76, which is in the neutral zone. However, it is expected to see a divergence as the cryptocurrency’s price looks to an increase. The target price lies at $294.90, the trade volume bars can also be seen getting stable. This is an idea for a long-term trade.

Looking at the chart below, we can see that the cryptocurrency has broken above a falling channel and a resistance level marked at $70.173. The cryptocurrency is expected to move into a short-position and return towards the $90 level.

The breakout occurred near the $69 mark, which is where a resistance cluster had formed. The price observed an abrupt move towards the upside and rose past the $120 mark on the 4D time frame. The price is about to enter short here and fall towards the $90 to $91 range, per the analyst.

We can see a head and shoulders pattern that has formed on the 4h time frame for the XMRUSD trading pair. The analyst believes that the price will fall towards the $95 to $100 range.

The left shoulder formed on the 19th of October, while the head peaked at the $139 mark on the 26th of October, and then the right shoulder appeared on the 2nd of November. The analyst believes that the price will turn bearish and fall below the ascending trendline in black that can be seen below the XMRUSD pair.

On the 7th of November, the price turned bearish and fell towards the $112 mark. The trade is active, and the price may see a further decline and slip below the $100 mark. 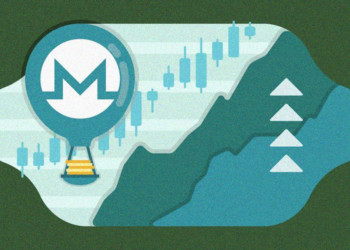