Today’s Litecoin price analysis chart started with bullish pressure. The buyers dominated the market for the first two trading hours, pushing the price of LTC/USD to an intraday high of $162. Bears came in and outnumbered the bulls and so caused price resistance. The price of Litecoin dropped in a descending triangle. After that, the coin traded in head and shoulder trend, recording the intraday low of $142.

A major barrier was erected by the sellers, making it difficult for the bulls to overcome. As a result, strong seller resistance allowed the bears to dominate the LTC/USD market, resulting in severe drops.

At the time of writing, the LTC/USD exchange rate was $174. LTC fell steadily for the rest of the day, although overall value increased yesterday owing to all of the preceding sessions’ bullish activity. Still, throughout the day, bears held sway over the LTC market unchecked until the end.

LTC/USD is in a total bear market, with values falling by 16%. This should be good news for traders who have yet to invest in cryptocurrencies. If you’re willing to put your fiat into the cryptocurrency market, now is a good time to do so. Not everyone can afford to invest in the crypto market, but if you’re

The top cryptocurrencies BTC and ETH, are trading negatively as the sellers dominate the whole crypto market, causing price dips. Bitcoin has dropped by -6.43 percent, while ETH is down by -6.21 percent in what appears to be a coordinated sell-off. Other altcoins are also performing similarly, with significant price variation. The meme coin has tumbled more than -15 percent, whereas Solan has dropped by -12 percent. Despite most digital assets being bearish, certain coins have recorded considerable price appreciation in the last 24 hours. In the wake of a large 16 percent price increase in less than an hour, OMG is the hottest gainer of the day, increasing its value by 17%. 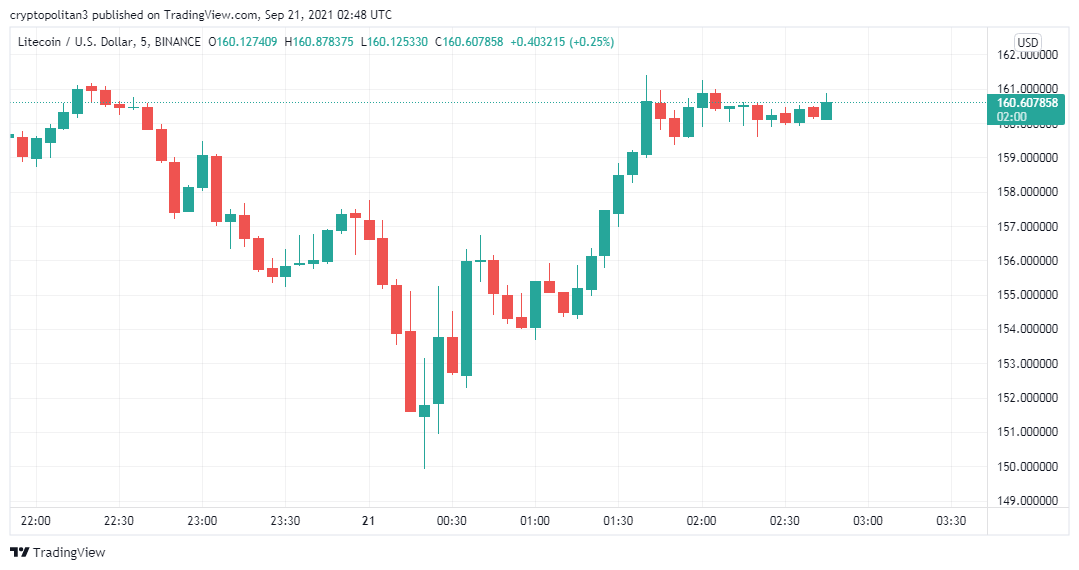 The Bollinger bands are narrow on the daily price chart, suggesting a modest volatile market. The LTC/USD pair is leaning toward the upper Bollinger band, indicating that bulls have the upper hand in the market.

The Balance of Power is lying on the positive side, meaning that the LTC/USD market is in the hands of the buyers. Bears are struggling to reverse the bullish trend. However, the buyers have outnumbered the sellers hence the bearish momentum.

The Bollinger Bands on the daily price analysis chart appear narrow; this implies a calm volatile market. The upper Bollinger band for the LINK/USD pair is approaching. This indicates that as the market moves closer to an overbought condition, the bull’s push grows more powerful. We expect that the value of cryptocurrencies will rise in the next 24 hours.