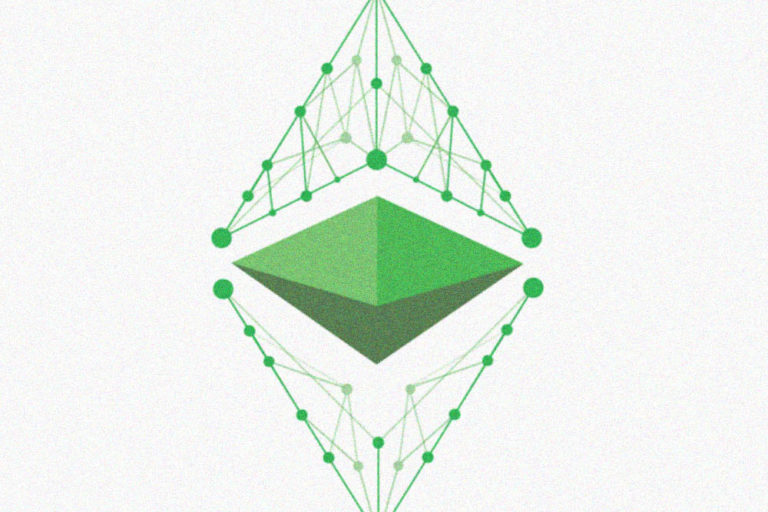 Ethereum Classic (ETC) analysis shows that the Ethereum Classic price has been on the high end of the curve. It has performed better than Ethereum (ETH) because of the Atlantis fork that goes live on the mainnet on September 13 while the testnet version is rocking its core.

ETC will be bullish in the long run. The tragedy we face currently is the fact that ETC couldn’t hold the eight ($8) dollars region and currently trades near the seven dollars ($7) mark. 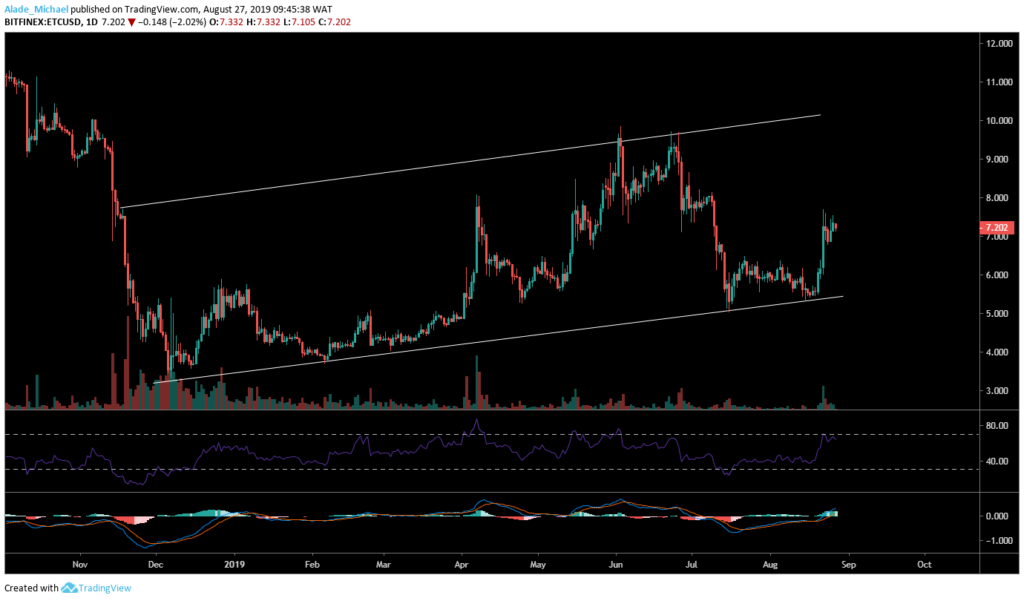 ETC bearers should be happy with the outcome of the forking news. It seems that the cryptocurrency is moving in a rising wedge that has a great gradient for bullish action to be confirmed upon.

Speaking of bullish action, the resistance that awaits ETC at eight dollars ($8), nine dollars ($9) and ten dollars ($10) can be quite easily overcome shortly.

However, like all things, the uncertainty with which the future changes remains constant and a volatility kick from the market could trigger a pullback to six dollars ($6.6). Below that we have five dollars ($5), support marks labeled five and a half dollars ($5.5) and below it, at five dollars ($5) respectively.

The odds of a pullback are quite low with the relative strength index running at a smooth seventy (70) mark since its climb from mid-July. The moving average convergence/divergence (MACD) is also bullish and indicates that the market is ripe for the buyers.

ETC price seems to be in high spirits as far as the four-hour chart is concerned with seven dollars (%7.6) being the first resistance to be retested by the cryptocurrency.

ETC trading now appears weak as price action meets support on the trend line with a slight break and that could trigger a downfall to the six dollars ($6) territory making it pass through supports at over six and a half, below six and a half and at six dollars ($6.8, $6.4 and $6) itself. 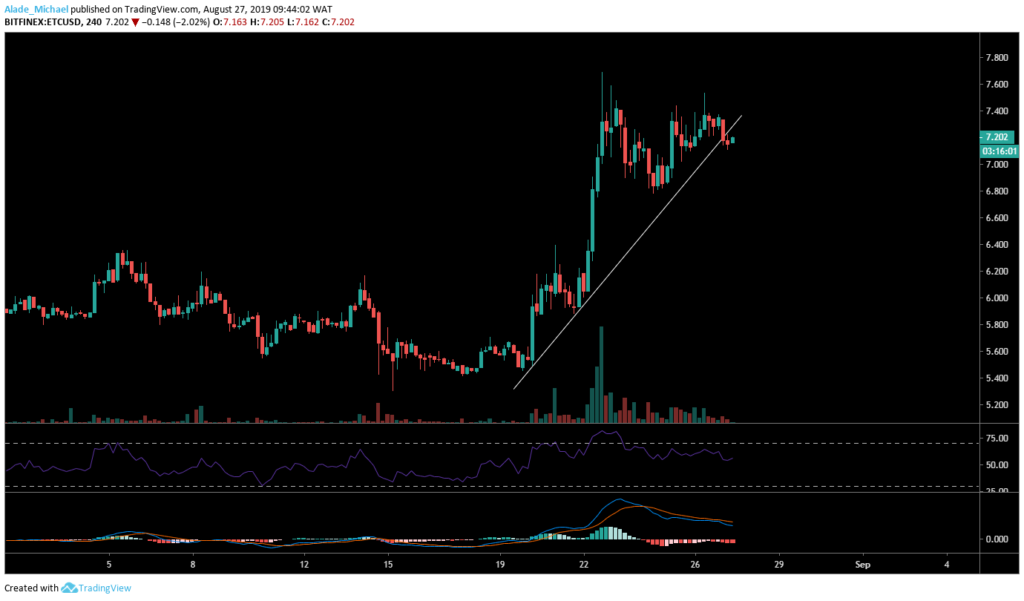 The short term RSI on the chart is bearish with the MACD dwindling towards the bottom of the graph. We may see a dip, but the overall picture that ETC has sketched out for itself is bullish.

Previously Ethereum Classic price rebounded from seven dollars ($7.69) to six dollars ($6.77) before the bulls decided that letting the coin fall further would be chaotic. While ETC trades below the previous high, the act is considered bearish. 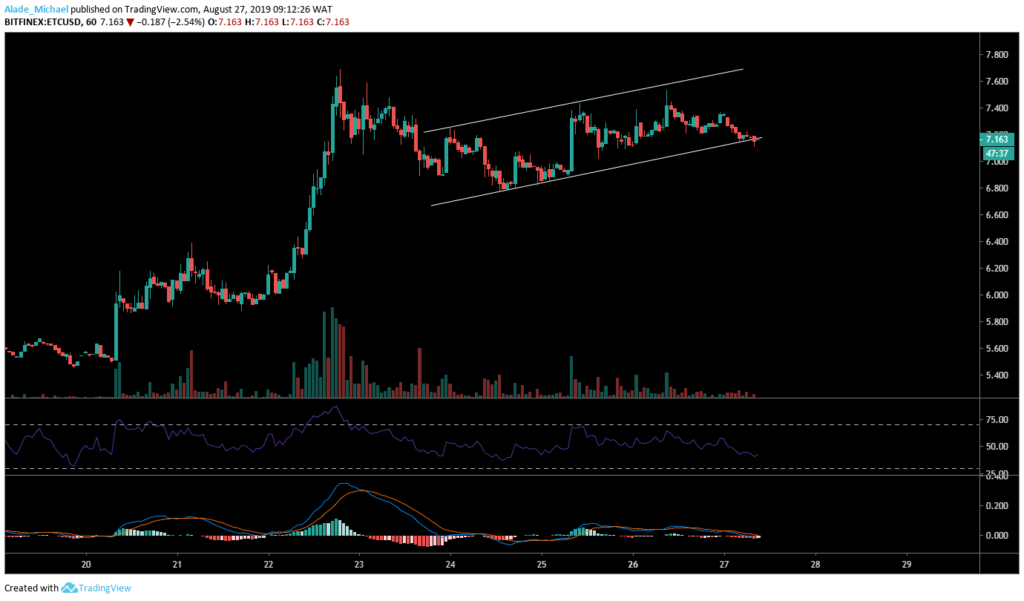 We have ETC price support at over six and a half, below six and a half and six dollars ($6.77, $6.4 and $6). While a couple of resistances in the seven dollars area – ($7.5 and $7.69) – respectively. The bears seem to be running things in the short term with the MACD and the RSI both not performing up to the mark as in the long term scenario.