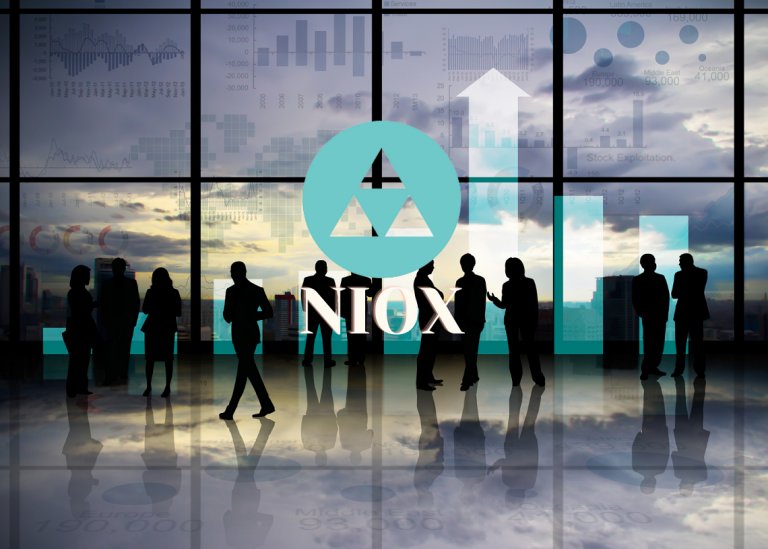 Weeks into 2023, the Autonio team posted an encouraging message for the crypto industry:

The Autonio team has been hard at work on the Cardano testnet to get everything working and ready for everyone to see and has successfully built a bridge so that users can bridge NIOX tokens between Cardano, Ethereum, and Polygon networks as well as a soon-to-be-released staking contract that will enable single-asset NIOX vaults based on Cardano.

The testnet version was made available on 3 March 2022. The mainnet version was available towards the end of the month with either a dedicated bridge interface or integrated directly into the Smartdex bridge section. These features will allow Cardano users to access Smartdex and NIOX Product Suite while also giving Autonio users exposure and access to the Cardano ecosystem.

How much is NIOX worth?

Let’s see why — or why not — NIOX should be included in your cryptocurrency investment portfolio.

Autonio NIOX cryptocurrency is one of the innovative cryptocurrencies within the Decentralized Autonomous Organization (DAO) space. NIOX cryptocurrency is directly involved in automating trading. The Autonio foundation aims to propel DeFi to even further limits by profitability for short-term and long-term traders. The NIOX Suite includes complete trading tools and infrastructure.

Autonio coin NIOX powers the Autonio Foundation. It allows users to access trading tools at an affordable price and use them for various DeFi functionalities such as exchanging cryptocurrencies, liquidity, and deploying dApps.

NIOX also launched Smartdex 2.0 beta on 20 November 2021 to help with cross-chain bridging and swaps. NIOX started on a high note in 2022 with the collaboration with IQLabs. Developers assure more innovations in 2022, with Maker 2.0 being one of them. The partnership with Hummingbot will kick off in the first few months of 2022. Maker 2.0 is expected to provide more trading strategies and give users more opportunities to profit.

Another expected development is the establishment of DAO governance, and the developers are expected to start executing Niox staking levels. DAO is a promising governance mechanism that uses smart contracts to automate several blockchain processes. Since it is at the center of decentralized finance, there is immense potential for Autonio to be a profitable investment using trading algorithms to provide affordable trading tools to crypto traders.


Over the holidays, the NIOX developers team didn’t stop working. They have every intention of making 2022 a memorable year for the Autonio ecosystem, and hence on 10 January 2022, they announced the addition of a multi-chain staking solution, IQLabs. The developers announced that it would be their primary staking solution moving forward.

A very important milestone for the Autonio community:

NIOX cryptocurrency price forecast can be projected using information from NIOX cryptocurrency prices today and past prices. NIOX cryptocurrency forecast is massively reliant on the success of the Autonio Foundation, which is directly involved with DAO, algorithmic trading, and machine learning to automate trading and improve a trader’s earnings. The first recorded price was about $0.03696 in September 2017. The price would later rise to its all-time high of $0.08974 on 9 January 2018. The prices dropped drastically, and in two years, it reached its all-time low of $0.0003591 in January 2020 with near 0 trading volume. Prices and trade volumes later picked up in 2021. The year 2022 saw prices open at $0.0671

Price history is essential to conduct technical research on a particular cryptocurrency. The NIOX coin is one of the cryptocurrencies ranked in the top #1000 coins on CoinMarket Cap. The token is currently sitting at position #994 with a market capitalization of $11,959,003.

Due to these extreme price fluctuations within short periods, the NIOX cryptocurrency provides an excellent opportunity for traders with an appetite for volatile crypto assets. You may choose to lock in 300,000 NIOX to take advantage of the opportunities provided by an Autonio DAO Membership.

How do I buy Autonio NIOX?

Autonio (NIOX) is a low market cap coin and has grown by 72% since the start of 2023. The 4-hour price chart shows an upward trend for the Token. The Bollinger band is squeezing, and the price of the asset is consolidating as the upper and lower bands get together. NIOX’s current price action indicates an overpriced situation, meaning a decline may be imminent. The Relative Strength Index also shows an oversold condition. However, other assets, such as NIOX, are expected to follow suit if Bitcoin continues on an uptrend.

NIOX is used on the Autonio trading platform, a decentralized, AI-powered cryptocurrency trading platform. The token has been trending to the upside lately, and investors are beginning to ask if it’s a profitable investment for short-term profits or in the long term. Here’s what we think about the token and how the price could progress from 2023 to 2032.

According to our NIOX price prediction for 2023, Autonio will experience a generally stable market, resulting in a maximum value of $0.006. We predict a minimum price of $0.005 and an average market value of $0.005. If NIOX improves its liquidity mining and other trading tools, the user base could grow exponentially, indicating more use cases for NIOX and a possible increase in market price.

Our NIOX price prediction for 2024 suggests that the token will hit a peak price of $0.009. Investors should also anticipate an average trading price of $0.008 and a minimum value of $0.007.

Per our team’s NIOX price prediction for 2025, the token is expected to attain a maximum price of $0.013. The expected average and minimum prices for that year are $0.012 and $0.011, respectively. Expanding the project’s algorithmic trading infrastructure could positively influence NIOX’s price in the coming years.

Per our Autonio price prediction for 2028, NIOX will have a maximum price of $0.038. The projected minimum and average trading prices are $0.032 and $0.034, respectively. These prices could result from Autonio’s significant partnerships that may influence the widespread utilization of its native token and increased market cap.

Our NIOX price prediction for 2029 indicates that the token will hit a peak price of $0.056. Investors should also anticipate an average trading price of $0.050 and a minimum price value of $0.048.

According to our NIOX token price prediction for 2030, Autonio will attain an average value of $0.072 and a maximum price is $0.084. The lowest possible price for the token is $0.070. If NIOX continues introducing exciting features that encourage investment in the Autonio platform and the crypto market remains favorable, Autonio might reach the stated price targets.

Our NIOX price prediction for 2031 indicates that Autonio will have a maximum trading price of $0.12, which is about 3x the current price. We also expect a minimum price of $0.14 and an average forecast price of $0.10.

According to Wallet Investor, NIOX is a poor portfolio addition for long-term investors. They predict the token’s price will fall to 0.000283 USD by 2024, indicating a 92.68% decline from the current market price.

In 2022, Autonio changed its staking model to accommodate more features and lower fees for its users. Users can now stake NIOX tokens through IQ space built on the Polygon network.

Over $20M has been staked on the new protocol. This is one part of several updates to be implemented by Autonio. Autonio is working on Market Maker 2.0, which is set to illustrate how suitable AI trading can be. These moves will likely attract more users to invest in the AI space and fuel prices higher.

Autonio NIOX is a promising initiative with a dedicated crew, however, it has little market capitalization. The team’s goal is to make AI trading and investment tools available to the general public. The pricing of Autonio NIOX will be determined by marketing. Because the price of Autonio NIOX is likely to be impacted by price volatility during turbulent market times, risk management is essential.

The NIOX token will be profitable for its users in the long run. In five years, Autonio’s price projection is $0.028. Speculative holders who use Autonio price projections typically find that native digital currencies like NIOX provide attractive prospects. Despite the fact that all cryptocurrencies endure periodic price drops and rises, users may predict future values via chart analysis.

Long-term, the NIOX token will prove to be profitable to its users. Autonio’s price forecast in 5 years is $0.3. Native digital currencies like NIOX often provide good opportunities for speculative holders who utilize Autonio price forecasts. Although all cryptocurrencies experience an occasional price drop and rise, users can deduce future prices from chart analysis.

Autonio has lost 92% of its value in 2022. The sharp drop will make it difficult for the token to climb back to its all-time high of $0.8974 set on 9 January 2018. Autonio foundation will require a ground-breaking development to breach this record. The NIOX token, however, offers lots of utility and will begin recovering in 2023.

The Autonio Niox price prediction for 2032 is $0.17. So, the goal of $0.1 will take 7 more years, but that’s worthwhile for a long-term investment. This is not investment advice but a suggestion to consider.

Is Autonio (NIOX) a good investment?

Autonio NIOX is a good investment. However, this will be highly dependent on the overall sentiment of the entire crypto market.

Where can I buy/sell Autonio NIOX?

You can buy/sell Autonio niox on Bitmax (AscendEX) and Uniswap. BitMEX provides NIOX/USDT pair, while Uniswap provides WETH/NIOX. Based on volume traded, it's advisable to buy NIOX at BitMEX.

Where can I store Autonio NIOX token?

Autonio NIOX is an ERC 20 token and can be held in Ethereum wallets. These wallets include MetaMask, Trust wallet, Atomic wallet, and MyEther wallet.

Autonio price has crashed before; there is a minimal probability it will crash again.