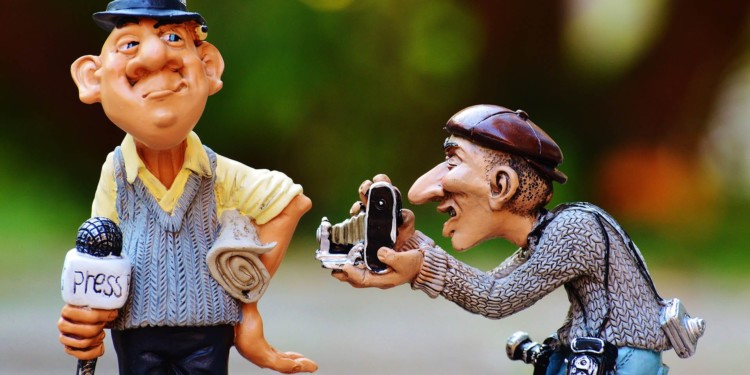 All free nations have four pillars of democracy – the legislature, executive, judiciary and media. Over the decades, commercialism happened. Striving to stay alive, media has been sucked into the pros and cons of the survival battle. The result: an industry that is forced to accept the good, the bad and the ugly based on their commercial value rather than professional integrity.

It’s understandable that journalists don’t just want to report the news as they want to be players and affect policy. As one observer said, the media is drawn to “superficiality, sensationalism, scandal, and sleaze.” They end up make building a consensus — the key task of the democratic process — much harder.

Bad reporting and sensationalism are done against journalistic ethics to drum up attention. But to what end?

Today, we stand divided by opinions in the media. For some, gone are the days when the pen is mightier than the sword, and for others, the media is still the way to wage war against the bad and the ugly of their respective areas. As a result, the grey area is widening, and thus, creating a gap where ignorance prevails in its very core. Such is the case with crypto and blockchain spheres, the relatively new and emerging entities.

Blockchain space is based on communal harmony, and despite the difference of opinion, the very core of the sphere is based on the principles similar to the essential ethics of journalism. Yet, the child is only a decade old and needs special care in nurturing values. There are scammers and shammers attacking the integrity of the system through their illegal operations. In such a scenario, ignorance on the part of journalists can cause serious damage not only to a single platform but to the space itself.

#MetaHash is a similar case that was scrutinized by a journalist, and then an industry professional simply poses a serious question. The blockchain is solving serious problems across the globe but are we as journalists equipped to do justice?

Industry expert Karnika Yashwant called out crypto-journalist Andrew Cronje when he failed to live up to the integrity of the journalistic profession when he ignored an invite to join a live session aiming to clarify his befuddled interpretation of the blockchain platform #MetaHash. Cronje went: “trying to see how the graph and the chain play with each other…as I don’t see the correlation.” When he should have come and learned if he truly wanted to “see the correlations.”

This is not an isolated case; entrepreneurs have been repeatedly seen complaining that journalists writing for major platforms – Crypto Briefing in Cronje’s case – are not only less than equipped to handle their jobs but also compromise their own professional integrity.

And all to what end? On the one hand, the blockchain and crypto sphere have to deal with scammers and bad apples of the industry, and on the other hand,  extra financial and human resource efforts must be spent to satisfy the ignorance of less-than-equipped professionals in the media industry.

The precedent is a dangerous one if left unchecked, but the important message here is to ensure that the professionals and the readers understand that not all reviews are fair or straightforward. Here is a quick checklist to cross-check every review that you read.

“Curious, skeptical journalists who point out inconsistencies, draw attention to mistakes, call out misleading statements, and identify outright lies may serve a larger purpose,” but when they foment confusion and ignore clarification, what could be the actual purpose they are serving?