Blockchain will drive polls for POTUS candidate, cryptocurrencies in donation? 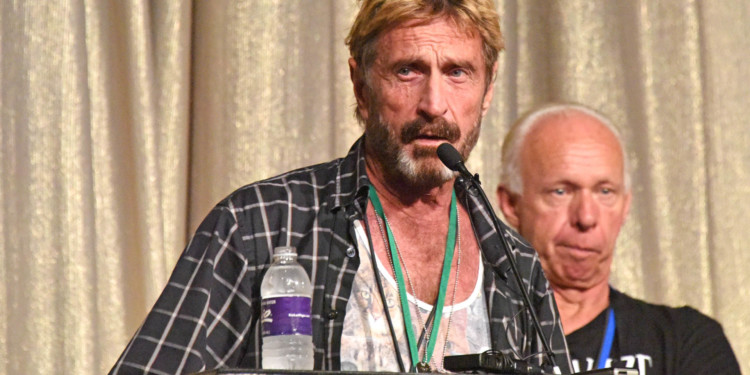 John McAfee has claimed that he will win the presidential elections and that too by using a blockchain polling system.  He revealed in a social media post that he wants to show how blockchain technology can be used for conducting safe and secure polls.

He also added that such technologies are already being used at many places while also unveiling his partnership with ClearPoll for his POTUS campaign through a tweet.

ClearPoll is the Blockchain based polling company that my Potus camp is using to keep our fingers on the pulse of America. I want the US to see firsthand how such technology is already being used as a foundation upon which secure voting systems can exist.https://t.co/zFdWLkAW8z

According to their white paper, ClearPoll is a company that provides its services through an application while it also acts to provide accurate solutions to polling surprises like Donald Trump’s election.

McAfee also showed that he was unbothered by the recent decline of the crypto market. This decline has caused many crypto-enthusiasts to rethink about the future of cryptocurrencies and about their investments.

McAfee stated that this fall was the result of heavy FUD’s shrouding the market. He stated that many doubtful institutions took very extreme steps to ensure their stay in the safe zone.

Moreover, he said that traders also left the industry due to their own doubts and that this was stupid as the market had more benefits than the risks it presented. He also stated that the industry is still growing despite this setback.

McAfee still has to fulfill one more promise before the elections. He stated that he would perform a very gruesome cannibalistic act on National TV. Well is there any channel that would allow it to happen.

Experts also believe that McAfee might also be among the politicians using cryptocurrencies for donations. In the past, politicians have been found to receive donations mostly in Bitcoin and some in Ethereum as well. This would mean that the McAfee presidential campaign could be riding heavily on cryptocurrency finances.