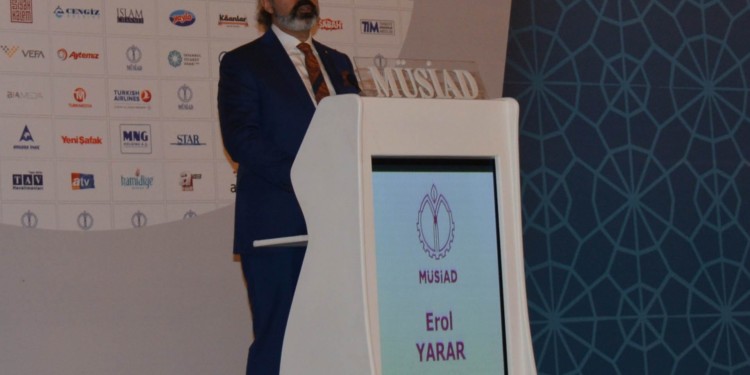 Conservatives in the Islamic world has always seen the United States lead the world as a threat to their religious freedom. It is, therefore, no wonder that the Chairman of International Business Forum (the IBF) is the leading advocate of a common cryptocurrency for the Muslim world.

Speaking to international media at a meeting in Istanbul earlier this month, Chairman Erol Yarar sated that the United States uses the U.S Dollar as an economic weapon, imposing different sanctions at will. We, however, can find a solution against this issue through a common cryptocurrency.

He stated that the next IBF meeting would be focused on “monetary pluralism” to seek a healthier financial and economic environment for the Muslim world. The next meeting is scheduled for the 20th of November to be attended by the IBF congress. Incepted in the mid-90s the IBF is primarily a global business network advocating and lobbying for Muslim business owners and practitioners across the globe.

Yard was of the view that a common cryptocurrency pool can help the Muslim world steer free of the draconian sanctions that allow the United States to push and pull different countries at whim. He added that the said cryptocurrency or a fund like the international monetary fund (IMF) should be established among the Muslim countries.

He also expressed that the meeting in the coming week would be also considered whether or not a blockchain based multinational solution be adopted to help the Muslim world overcome the financial restrictions in the wake of the global power play.

Yarar’s statement is especially important since the 17th expo of the  Muslim Independent Industrialists and Businessmen Association (the MUSIAD) will be held right after the IBF meeting from 21sth to 24th of November in Istanbul.