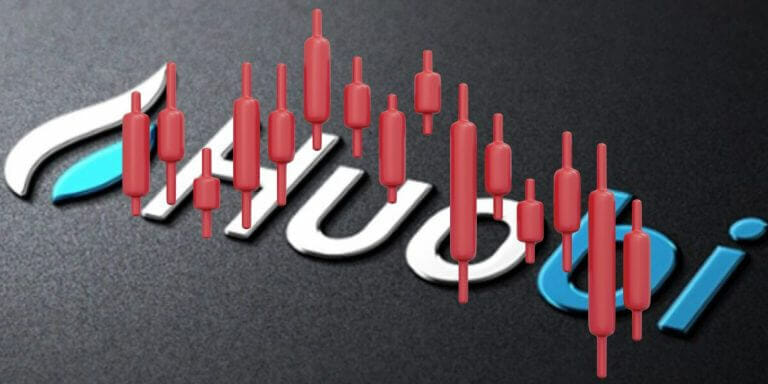 The crypto winter has infected the Huobi exchange, spreading its pains and taking root. The founder of the Huobi Group, Leon Li, is negotiating with a group of investors to sell his majority stake in exchange for $3 billion or more. This current sell-off may be the world’s largest takeover since a $2 trillion global crypto collapse began.

According to individuals familiar with the situation, Leon has held talks with a number of investors in order to sell a roughly 60% stake in his business, which he created nearly a decade ago.

Justin Sun, the creator of TRON, and crypto-billionaire Sam Bankman-Fried have had preliminary discussions with Huobi about a share transfer. While providing this sensitive information, the sources were asked to keep their identities private.

According to people familiar with the situation, existing supporters such as ZhenFund and Sequoia China were informed about Li’s decision during a July shareholders’ meeting. The Huobi acquisition may be completed as soon as the end of this month. According to sources, Li is seeking a valuation of $2 billion to $3 billion for the business, implying a sale may be worth more than $1 billion.

Huobi Group has confirmed that Li is engaging with a number of foreign institutions regarding the stake sale. However, they are unwilling to go into further detail. Leon Li believes that the new investors will be more powerful and resourceful and appreciate the Huobi brand and invest additional money and effort to boost Huobi’s growth.

The firm has attempted to expand its international presence in recent months by receiving regulatory approval in numerous nations. The Australian financial watchdogs recently gave the thumbs up as well.

Following the sell-off rumours, Huobi Technology’s stock reversed losses and rose as much as 5.7% over the last 24 hours. According to CoinGecko data, Huobi’s HT token increased by 25%.

According to data tracker CoinGecko, Huobi handled around $1.12 billion of crypto transactions during the 24 hours to August 12, slightly more than half of the trades conducted by Coinbase Global Inc. The exchange is valued at roughly $19 billion, with a P/E ratio of 18.6.

The financial crisis has made some of the industry’s wealthiest investors eager to acquire bargain assets. FTX has committed around $1 billion to help insolvent companies, including Voyager Digital LLC and BlockFi Inc. Sun, the founder of the Tron blockchain network, has in the past bought other crypto companies like the Poloniex exchange and BitTorrent.

A look back at what engineered the situation at hand

Some of the potential buyers are said to be some of the industry’s leading figures. On the other hand, Sun stated that he had not spoken with Li about the deal, while an FTX spokesperson denied having anything to say. A separate report released a month ago indicated that Li was prepared to sell his position in the trading venue.

Back then, many people joked that Sam Bankman-Fried had the best chances to ink an agreement with Huobi’s executive because FTX had been on a shopping spree during the bear market.

Huobi, once the world’s most active Bitcoin trading platform, has been retreating from China, where it once had the largest user base and source of income. Last year’s announcement by Beijing that crypto-transactions were unlawful effectively ended Li’s exchange’s relationship with Chinese consumers.

The exchange began by trading in crypto for global crypto investors and has since expanded into international markets, including Turkey and Brazil but is competing with bigger rivals like Binance and FTX. It’s uncertain whether a buyout could include Hong Kong-listed Huobi Technology Holdings Ltd.

This affiliate manages digital assets for professional investors and is licensed by Hong Kong’s securities regulator.

Huobi, like many other exchanges, had to fire several employees as a result of the crypto winter and investor exodus. According to June reports, the organization dismissed at least 30% of its overall staff.

Huobi walks out on the Chinese crypto market

Li, a former Oracle Corp. coder, co-founded Huobi in 2013 and quickly made the Beijing firm the most active Bitcoin exchange by offering zero transaction fees. In 2017, Chinese authorities ordered local exchanges to cease trading transactions involving fiat and digital currencies, the first of a series of statements that were believed to pose a danger to China’s financial stability.

Li has delegated some responsibilities to his lieutenants to deal with health issues. The current CEO, Hua Zhu, is an ex-technologist from Alibaba Group Holding Ltd. who joined Huobi in 2020.

In a 2020 Bloomberg News story, Li said that he had never received any formal notification barring him from departing China, but he’s decided not to because of the risks involved.