How to Invest in Ethereum 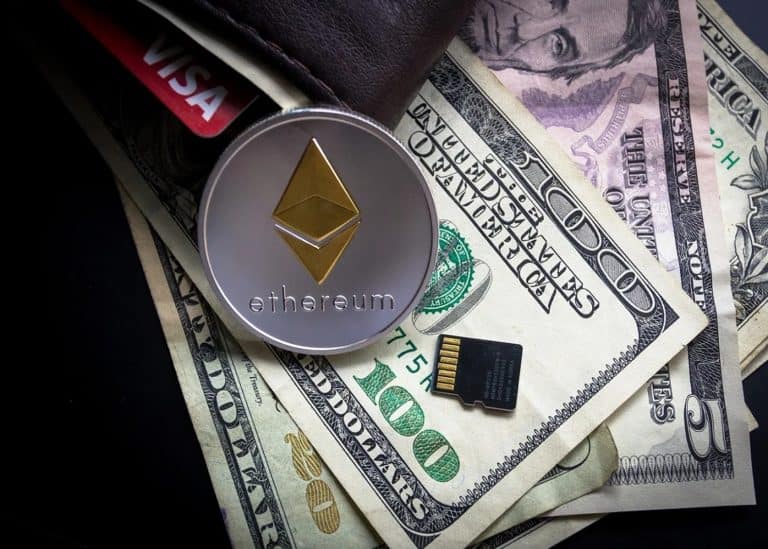 There is no doubt that cryptocurrencies have become famous worldwide – fame majorly due to their use cases. Digital assets like Ethereum (ETH) and Bitcoin (BTC) are among the most sought-after cryptocurrencies as a result of their rapid growth. Ethereum is the second most popular cryptocurrency globally; the coin has surpassed Bitcoin in many ways, such as capitalization growth and transaction speed. But is it advisable to invest in Ethereum in the long run? If it is, how do you begin? Let us find out how to invest in Ethereum.

The first version of the Ethereum protocol known as “Frontier” was released in 2015. However, the cryptocurrency’s first transaction took place on August 7, 2015, and it was listed on Kraken exchange at the price of $2.77. But after a few days, its value dropped to $0.68 due to a sell-off by the earliest investors before the coin went public.

On January 11, 2016, the price of ETH went past the $1 mark and never returned less than $1. The cost of ETH kept on rising rapidly due to speculations that the Ethereum network was about to upgrade to a more stable network protocol known as Homestead. A few months later, ETH’s price rose to $15, and its market cap rose to $1 billion for the first time. By April, the cost of ETH fell from $15 to $7.3.

During the success of the DAO project, ETH’s price rose to $20.6. The project was regarded as the landmark for Initial Coin Offerings.

In June 2016, the Ethereum network experienced a massive blow following the implementation of the Ethereum classic and DAO project due to the fact that hackers exploited the vulnerabilities of DAO codes and stole about $50million from the project. At the end of the year 2016, Ethereum kept hovering around $7 to $9.

In 2017, ETH’s starting price was $8. The coin’s price then started to increase and reached $13. In the first week of March, ETH broke through the $20 resistant level. The following week, it soared to $55 (on many crypto-exchanges).

Ethereum vs Bitcoin vs XRP vs Litecoin investment

Many companies today have implemented Ethereum’s blockchain technology. The digital currency is needed by developers who want to build apps on the Ethereum blockchain and by individuals who wish to familiarize themselves with smart contracts on the platform. Ethereum is a second-generation blockchain, and the Dapps (Decentralized applications) make it a far more valuable investment.

Bitcoin is the largest cryptocurrency by market value. The inventor of Bitcoin, Satoshi Nakamoto, outlined the aim of the project through a whitepaper. The document stated that Bitcoin is a “peer-to-peer version of electronic cash that would allow online payments to be sent from one person to another without the need of a financial body.

There have been a few inventions through BTC, such as Bitcoin ATMs, among others. BTC is decentralized, however, it also has a few problems, which are energy consumption and scalability issues. Another problem is the speed of Bitcoin transactions, as these can be very slow. These slow transaction speeds could affect the price of BTC negatively in the years to come, as new technologies in the networks like Ethereum are taking over.

One drawback of Ripple is the fact that it is centralized. The cryptocurrency company in itself holds a large number of its XRP tokens therefore leaving them in control of the XRP supply.

Litecoin was probably Bitcoin’s closest rival. The founder, Charlie Lee, had said the cryptocurrency had numerous use cases, such as being a payment platform that is much faster than Bitcoin.

One of the cons of Litecoin is that the founder’s asset sale tarnished its reputation with early investors. Furthermore, LTC’s market sentiment has turned slightly bearish recently. The asset doesn’t also have the same impact as Bitcoin.

Why is Ethereum a valuable coin?

There are many reasons why you should invest in Ethereum. The use of smart contracts makes this valuable coin seamless in transactions since they are incorporated into the system design. Furthermore, Ethereum is “Turing complete,” which means that smart contracts on the blockchain can handle more sophisticated computational functions. Ethereum’s utility cuts across the following:

DAO is a decentralized autonomous project launched by the Ethereum network. This project shows that Ethereum sets the pace for most decentralized projects in the crypto-space.

Ethereum serves the crypto world as a better mining option compared to other digital assets, as well as being an option that is inexpensive.

Almost every investor prefers Ethereum over other digital assets due to its average costs.

Another reason why Ethereum is a good investment is due to the production and growth of decentralized apps. The ecosystem has a large number of Dapps, and the figure continues to rise steadily. Also, the Ethereum network has fostered the growth of the decentralized exchange model.

Many payment platforms now offer an option to purchase their services with Ethereum. This has made the token a choice for cryptocurrency ATMs and online merchants.

Ethereum also fostered the growth of altcoins. Today, many investors now make the claim that this is not only beneficial for Ethereum alone but has also created an avenue for more investments in altcoins. It is also essential to note that the Ethereum network is a platform to produce Dapps, and Ether (ETH) is just its token from the Ethereum blockchain. This means that Ethereum not only has utilities but a generally good investment tool.

The next five years could determine whether Ethereum would pose a severe threat to Bitcoin’s throne as the foremost and topmost cryptocurrency.

Ether cryptocurrency has a market price currently capped at $1,760. Still, long-term predictions suggest that the crypto asset will not only reach $10,000 but will also attain prices well above in the future after breaking above its previous all-time high.

An Ethereum price prediction from experts says that a similar trajectory as Bitcoin’s would take the price even to as high as $70,000 per Ethereum coin at the peak of the next bull market.

Following Bitcoin’s trajectory isn’t all positive for the price of ETH. This means that ETH could see another bear market come 2024 and begin to break-out in 2025, leading to another bull market afterwards.

Pros and cons of investing in Ethereum

To help you make an informed investment decision, here are the pros and cons of investing in Ethereum:

One of the main pros of Ethereum is the fact that it is decentralized, which is why it is a good investment option. There is also no over-concentration of users, with 15,7911 nodes spread worldwide. Ethereum allows people to execute transactions without intermediaries.

It is crucial to understand that Ethereum is more than a cryptocurrency. The network supports smart contracts, decentralized apps, and lots of Decentralized Finance projects, which is one reason why investing in Ethereum is safe.

ETH has practical utilities, and the cryptocurrency does not have a maximum supply, unlike Bitcoin. Transactions in Ethereum are fast. Interestingly, Vitalik Buterin, the founder of Ethereum, once said that Ethereum would process more than a million transactions per second soon.

Ethereum is enticing many businesses today. Notable financial companies now support Ethereum through the Ethereum Enterprise Alliance. Due to the fact that Ethereum is decentralized, more and more investors are taking more interest in it. One of the leading investors interested in this cryptocurrency is Andreessen Horowitz.

Ether has high GAS fees. GAS fees are the cost needed to execute a transaction. A high transaction fee might be a big disadvantage for some investors.

Due to the volatility of cryptocurrencies, Ethereum is risky. The price of ETH has gone through different surges and dips in the past, and this can be a drawback for beginners and even some investors.

The Ethereum blockchain acts as a ledger, and it is a platform for smart contracts. Smart contract operations often lead to bugs and hacks. Even though its multiple functionalities are an attractive feature, Ethereum still has scalability issues.

How to invest in Ethereum

The Ethereum platform is a decentralized network that supports developers and programmers in the creation of decentralized applications in the blockchain sphere.

Furthermore, the platform is much different from Bitcoin in various ways due to its smart contract functionality. This smart contract has helped pioneer the creation and growth of altcoins and DeFi projects.

To invest in Ethereum, identify and research the platform to be used for trading and create an account. Once this is done, put in your private key given by the crypto wallet or the decentralized/centralized exchange to log in and deposit fiat currency to start trading ETH.

It is necessary to remember that ETH is a currency and should be treated as such. Investors need to know that they are exchanging their dollars or any currency for ETH tokens on the trading platform. There are no dividends or payouts, unlike shares.

When it comes to Ethereum investing, investors can also “hodl” for the long-term and keep their ETH in a hardware wallet. Once the value of ETH grows, their investment also grows.

Ethereum Stock Trading has emerged as a new way to invest and make money using cryptocurrencies. Many people now invest in cryptocurrency; some of whom had initially invested in traditional assets and fiat currencies.

Nonetheless, you need to know that stock and cryptocurrency trading can be risky, and you should take care not to make mistakes.

If you aren’t comfortable with stock trading, you can trade Ethereum with CFDs through futures contracts in an Ethereum wallet. One major perk is the possibility for a high profit if you can predict the market correctly. However, you may need to have a secure wallet to trade ETH with CFDs.

Also, traders can use the exchange-platform and act as peer exchangers. ETH can also be bought at a low price and sold at a higher one to get profit.

Buying and selling are some of the best ways to invest in ETH. It also means exchanging your coin to any currency in an Ethereum exchange platform. Decentralized and centralized exchanges allow this to those who want to invest in Ethereum and even other cryptocurrencies.

Crypto miners are essential in the crypto-space since they are important in creating new blocks in a blockchain network. The creation of new blocks is possible because the miner has confirmed and verified a block before a transaction. Furthermore, the Ethereum mining process is similar to that of the Bitcoin network, only using PoW (Proof of Work). However, PoW is a mechanism created for many digital assets that came after the Bitcoin network.

Ethereum is the second-largest digital asset in the crypto space today, and it is also the leading altcoin. This makes Ethereum investment a good choice. However, the coin has numerous projects taking place simultaneously below the surface, and as long as there is a high demand in the market, the cryptocurrency will continue to grow. So far, there is no reason to doubt Ethereum’s future growth, as it has already become one of the go-to coins in the market. Even though the crypto market is volatile, Ethereum has a lot of potentials to hit even higher ATHs.

Start your trading journey with a deep education on the financial markets, and then read charts and watch price actions, building strategies based on your observations.  Practice trading strategies so that when you’re ready to enter the real market, you’ve had the practice you need. 9 mins read
How are the top Cryptocurrencies Selected?
05 August, 2022