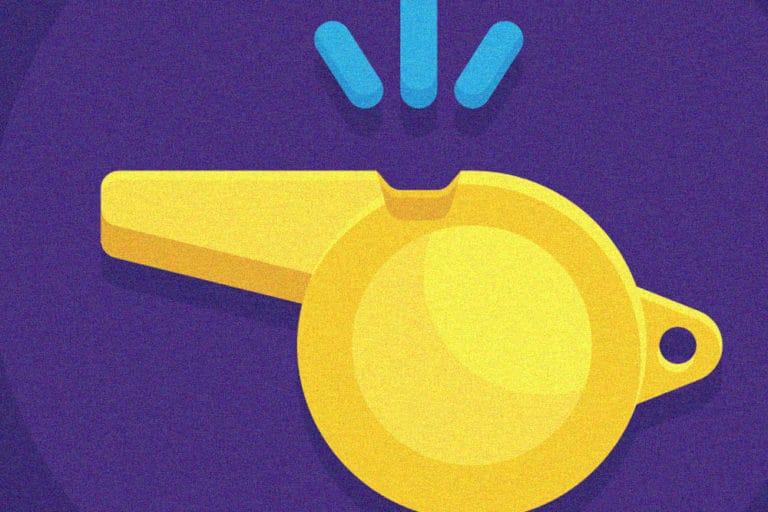 Jen McAdam a crypto scam whistleblower actively spreading awareness against the crypto scam OneCoin has reportedly been receiving death threats. The cryptocurrency sphere is in a shock because such an incident has deeper consequences for the industry as a whole, not to mention the regulatory pressure.

Cryptocurrency is primarily the modern take on the currency. But instead of dealing with age-old types of currencies such as paper or coins, it acts as a virtual or digital token that can be exchanged through the web. They cannot be printed or extracted via banking systems or the government, but instead is formed through an intricate process, commonly termed as ‘mining’.

In order to ensure the security of these transactions, organizations make use of cryptography. While the currency can be used to purchase goods and services, it is often used as a means of an investment of assets, benefitting from variable exchange rates.

Bitcoin is considered the most popularised example of cryptocurrency standing at an exchange rate of $8,168.20 (USD). Many more organizations have led their initiatives, with Facebook aiming at initiating one under the name ‘Libra’ as well.

OneCoin is another example of cryptocurrency, but the startup also proved that much controversy is involved in the crypto-world.

Jen McAdam remains very vocal on how she and an estimated seventy thousand others were hoodwinked by the cryptocurrency startup – OneCoin. These individuals were unsuccessful in exchanging and even cashing in what is duly owed to them.

The Bulgaria-originated company is stated to have amassed a stupendous amount of money, a whopping four billion pounds from around the world in the form of ‘investment’, with ninety-six million pounds from the UK alone.

Legal representatives have argued that OneCoin is nothing but a ‘pyramid scheme’, under the pretense of being a proper digital asset scheme. The prosecutors claimed that OneCoin could never measure up to Bitcoin. The founder of OneCoin has completely fled the scene, one Dr. Ruja Ignatova is now sued for money laundering.

The forty-nine-year-old crypto scam whistleblower Jen is participating in the ‘Cryptoqueen’ podcast on BBC, aiming to investigate the vanishing of Dr. Ruja and his scheme.

It is due to this that she is forced to endure the abuse and threats, extending to spamming via messaging on social network sites receiving threats of sexual violence as well as murder.

McAdam the crypto scam whistleblower has reported that these are stemming from OneCoin advocates and reported them to the police in Scotland. The police offered her advice on how to deal with the abuse being hurdled her way, as confirmed by a spokeswoman for the Scotland police.

She stated how ‘vile’ the abuse was, and how she was constantly looking over her shoulder, indicating the repercussions on her health and well-being, but remaining steadfast in her fight to justice.

She has invested over eight thousand (8000 GBP) pounds of her assets and convinced her family and friends to invest about two hundred and twenty-two thousand (222000 GBP) pounds in total before it hit her: she was not going get any of it back. She stated the victims were under a lot of pressure, having thrown away their life savings, and even subleasing their homes.

However, she noted that no one seems rather compelled by the issue. She strongly urged all officials concerned, including the UK’s financial regulations to take charge and try to maneuver the situation by showing some form of seriousness towards the matter.

The exuberant head of OneCoin, Dr. Ruja vanished in 2017. In the absence of this Oxford graduate, US prosecutors sued her for money laundering. NY DA Cyrus Vance and the Department of Justice then coined the term “Pyramid Scheme” for the occurrences, yet in a new-school setting.

The company denied all allegations of scam, stating that they inarguably satisfy all criterion of ‘cryptocurrency’. They expressed that the podcast was untruthful, biased and lacks objectivity in its pursuits.

They further added that their lawyers, partners and even their users were combatting against these allegations around the world. They claimed they were going to establish an integrated system based on a financial revolution.

Implications on the cryptocurrency sphere

Although a known pyramid scheme, OneCoin crypto scam has hurt the cryptocurrency in many ways. It did not only bring shame to the house but also helped authorities and regulators build their case against cryptocurrencies.

Now death threats to the crypto scam whistleblower is another level of crazy that may put the cryptocurrency sphere in the spotlight once again.