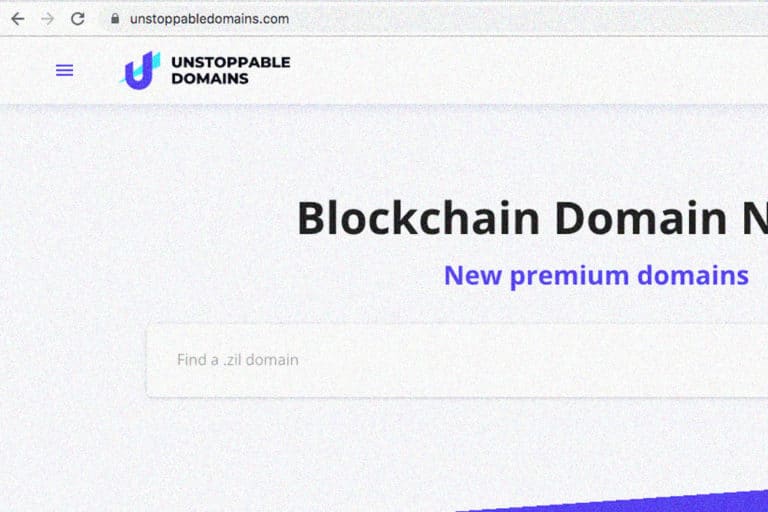 Unstoppable Domains recently came out with their .crypto name registry for crypto payment on the blockchain-based computing platform, Ethereum.

The company was able to raise four million dollars ($4M) during early May, with the help of its investors, Boost VC and Draper Associates. The startup aims to allow for more user-amiable asset exchange by joining crypto-addresses and custom extensions – e.g .crypto.

Generally, a crypto-address comprises of several randomly ordered characters, making them difficult to remember or even use. The company thereby aims to ease payment procedures, further allowing for mainstream usage of cryptocurrency.

This service also works as a crypto payments system allowing users to send monetary assets to human-detectable addresses and thus reduce the chances of any mistakes occurring during typing addresses.

Unstoppable Domains have stated that over a hundred thousand (100,000) domains have been sold thus far, all with the Zilliqa blockchain extension, as this was what the service was initially built on.

The company has since switched to Ethereum’s database, but the exchange is not confined to payments in Ether. This was done for the inclusivity and interoperability of the initiative, as opposed to the idea of tribalism.

The tribalism vs. adoption debate was introduced by the co-founder of Unstoppable Domains. The chief executive officer Matthew Gould claims that it was tribalism in the community which was decelerating adoption. He explains that the initiative allowed for easier and more effective user-experience through their dot-crypto domains, ridding the need for copying and pasting several long addresses for transactions to work.

This initiative hand-in-hand with decentralized holding networks like the IPFS, which stands for InterPlanetary File System permits the ability to create and manage websites in a decentralized way. None of this can be censored.

However, risk-assessment should always be considered. Numerous negative aspects exist owed to the usage of fixed blockchains for online domains.

Just the previous week, a bug in an auction led to the theft of several domains including those of apple, Defi, and wallet. The auction was run by OpenSea for the Ethereum Naming Sevice. The domains were only handed back after the reward offering by OpenSea.