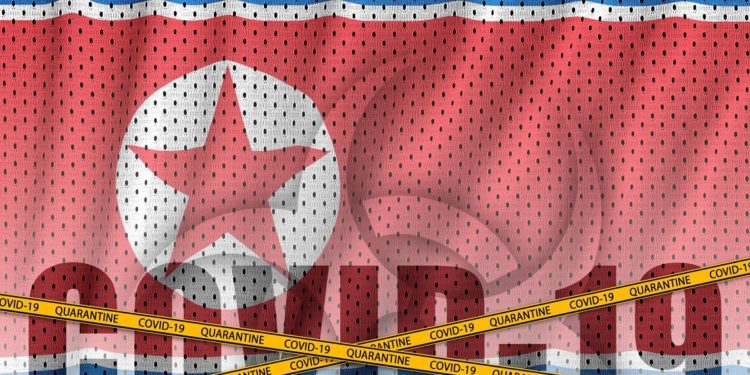 Rumors suggesting the death of Kim Jong Un and Bitcoin selloff are gaining ground. In a world ravaged by COVID-19, strange coincidences aren’t uncommon. Now, speculations are rife that the North Korean leader is battling for life due to a health illness.

The leader of the hermit kingdom hasn’t been seen in public for the past few weeks. Most importantly, he was nowhere to be seen on his grandfather’s birthday celebrations on April 15 – an extremely important annual national event in North Korea. Naturally, Kim Jong Un and Bitcoin selloff topic gained attention in the crypto community circles.

Despite the North Korean media clarifying that the leader is alive and healthy, concerns are growing about his exact whereabouts. As speculations become, the crypto community is rife with rumors about a possible Bitcoin selloff in the case of Kim Jong Un’s death.

North Korea has been closely linked to many controversial crypto events in the past. The Lazarus Group operating in North Korea is well known for its cryptocurrency-related hacking scandals. The country is home to many crypto scams as well. A significant part of the country’s illegal revenues is also linked to crypto transactions. Thus, Kim Jong Un and Bitcoin are closely related.

The exact impact of Kim Jong Un’s death on Bitcoin price cannot be predicted since no one knows the extent of the country’s BTC holdings. It is difficult to guess what would happen to the nation’s gigantic Bitcoin stash.

A major North Korean event could trigger a BTC selloff

A twitter user ‘Russian Market’ started a discussion tweeting that North Korea would liquidate all of its Bitcoin holdings in the event of Kim’s death. The United Nations estimates that North Korea has collected around $670 million in crypto assets. Many claim the actual number is as high as $2.5 billion.

North Korea is known to hack cryptocurrency exchanges to avoid western sanctions. The crypto is routed through illegal wallets and ultimately is used to enrich the country’s nuclear program. Recently, two Chinese hackers were indicted by the United States authorities for abating the Lazarus Group of North Korea.

However, it is not sure whether or not Kim’s death would trigger a massive selloff in BTC. The new leaders would need access to secure funds to carry forward the country’s nuclear weapons agenda. On the contrary, Galaxy Digital’s Mike Novogratz suggests buying BTC in case the North Korean leader dies.

Let’s see how the Kim Jong Un and Bitcoin saga plays out.