CryptoKitties game raises $15m in the latest fundraising round 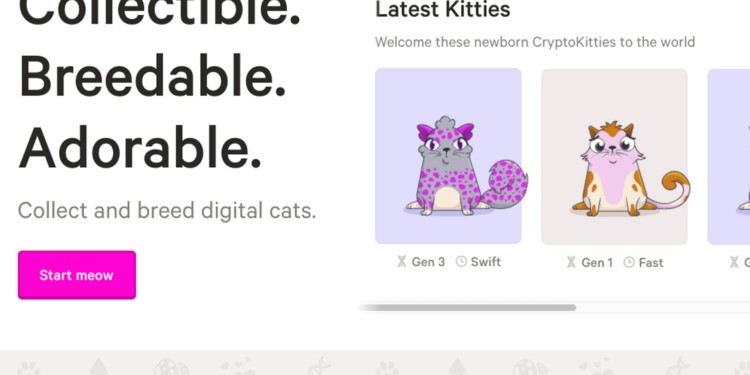 Dapper Labs has successfully raised $15 million for its blockchain-based application. The Game known as CryptoKitties caught the eyes of many financial giants, including South Korea based electronics company Samsung and many former Gooogle ventures. The developers claim that the sum will be used to develop and improve the basic platform of the game.

In a previous fundraising round the company was able to raise $12 million. The company released a statement saying that the money will be used to expand the game worldwide. There has been a hiring of experienced personnel from many acknowledged companies include EA in order to devise a plan for the product’s marketing and its execution.

The CEO was deeply moved by the advantages of blockchain technology and stated that the game was just another method of increasing global awareness regarding cryptos and their applications. He also added that the fundraising event was to ensure that the company gets suitable partners that can in turn help improve the application. This way, the CEO believed, that the game will be adopted by the public.

The investors seemed to be expecting a lot from the game and the company. David Pakman their partner from Venrock that joined the board of directed stated that he was delighted by company vision and their focus while saying that he believed blockchain technology can reach a new era of expansion through this. He also added that this would increase the economic value for consumers significantly.

CryptoKitties has seen major success and has become the most used platform for blockchain interactions outside of exchange firms. The Game highlights the advantages of this revolutionary technology while providing entertainment to users.