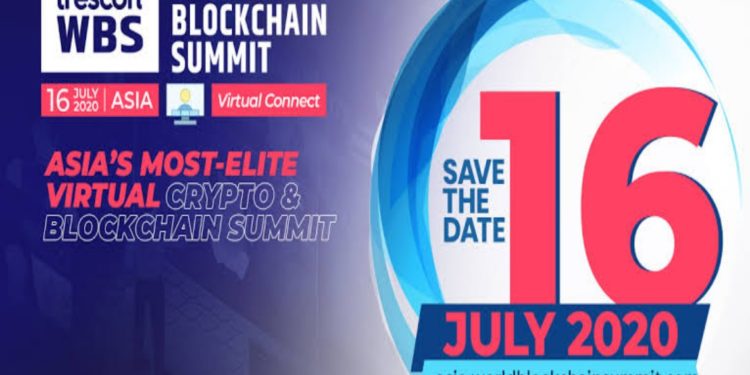 World Blockchain Summit (WBS) has established itself as World’s biggest and most-elite Blockchain and Crypto Summit series, having hosted multiple high-level conferences across the world. it has proven itself as the most stereotypical blockchain event, World Blockchain Summit has a reputation of getting global experts, investors and crypto-asset entrepreneurs all under one roof year after year.

Due to the ongoing situations regarding the COVID-19 pandemic and the continuous unpredictable surrounding many things, Trescon, the organizer of WBS, has announced the virtual edition of the World Blockchain Summit – Asia. The summit will host global blockchain and crypto thought leaders will be taking center stage. The summit is to take place on 16th July.

“Virtual events are an excellent opportunity for everyone in the industry to come together during these difficult times. Affordable and virtually accessible events are the need of the hour,”says Mohammed Saleem, CEO & Founder of Trescon. 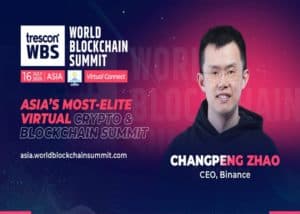 Advantages of a virtual conference

State-of-the-art technology will be used to ensure sponsors are able to quickly chat and connect to potential investors and clients. Attendees will be able to communicate instantly with solution providers, download brochures, and discuss proposals and projects via secure audio-visual chat rooms.

Blockchain and cryptocurrency trading platforms are gaining popularity at a much faster rate in Asia compared to the rest of the world and the degree of awareness of blockchain & crypto is higher in Asian countries compared to other nations. Asia can leverage this position to gain headway in a highly competitive industry,

World Blockchain Summit has put together a speakers’ line up like no other, giving attendees the opportunity to hear directly from none other than Changpeng Zhao, the widely-respected founder and CEO of the world’s biggest cryptocurrency exchange, Binance. Contrary to his style, Changpeng Zhao, known simply as ‘CZ,’ made several positive market predictions this February, saying that Bitcoin’s price will likely increase in the coming months.

He was also quoted talking about the recent Bitcoin halving, accurately predicting that the new Bitcoin will be severely limited and at the same time, will see more users and traders coming into the market.

CZ will present a special keynote address with a live Q&A session afterward. David Chaum, widely recognized as the inventor of digital cash, is also known for other fundamental innovations in cryptography, including privacy technology and secure election systems. He will be sharing learnings gained throughout his illustrious career and talking about his role in ‘XX network.’