Why South Korean Major Cities are Bullish About Cryptocurrencies 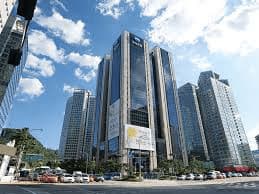 After the rollout of new regulations on cryptocurrency and blockchain projects, South Korea’s capital cities began to establish new programs to foster the development of blockchain companies in different regions of the country.

According to Busan Mayor Oh Keo-don, its regional government aims to build the next “Crypto-Valley” of the world, after the success of Zug, Switzerland.

More than 11,000 jobs related to blockchain was created by more than 2,500 projects in Zug for the last 2 years. Like Zug, as Mayor Oh emphasized, Busan can build a conducive environment for the development of crypto industry due to its cryptocurrency- friendly regulations.

Just last December 2017, the price of Bitcoin surpassed $25,000 mark in South Korea. This has caused the demand for cryptocurrencies to spike up. Despite the 70% correction that the market has endured, these digital assets are still considered as a volatile and high risk.

The local financial authorities which include the Financial Services Commission or FSC  has also expressed high interest towards the perceived stability in the crypto market. This also came as a result of the removal of Kimchi Premium in the country’s financial markets.

Regional governments have also begun allocating additional amount of their resources to develop cryptocurrency communities.  Amidst South Korea’s businesses’ and individuals’ advancement towards recognizing the cryptocurrencies and blockchain, the cryptocurrency market is also regarded as an integral part in the fourth industrial revolution.

One of the rapidly growing cities in South Korea, Sejong, has also launched a similar project of an advanced and state-of-the-art implementation for new businesses.  The city is generating its own local cryptocurrency to be used by its residents.

Jeju Island, which houses South Korea’s largest tech companies like NXC, has a unique authority to implement policies outside the coverage of the country’s federal government.  They have revealed the plan to attract more cryptocurrency businesses and blockchain projects through blockchain-friendly regulations in its ambition to evolve into what Malta is now.