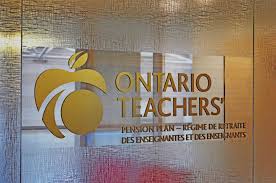 The Bank of Montreal in Canada and the Ontario Teacher’s Pension Plan have tested a transaction on blockchain. The objective of this test is to assess the Distributed Ledger Technology’s viability in the securities market.

In the trial, a one-year C$250 million, which is equivalent to US$190M, floating-rate deposit note was issued to Ontario Teachers’ Pension fund by the Bank of Montreal. The transaction was booked via the Canadian Depository for Securities as traditional issuance. In doing this, blockchain was used by the bank to mirror this transaction..

Examining the result of this trial, the bank, which is the lender, came into conclusion that blockchain was able to slash costs in various areas which include transactions on clearing and settlement, financial reporting, compliance, etc. Both parties agreed that this is the first fixed-income transaction (in Canadian Dollar) that proves the viability of blockchain.

According to Kelsey Gunderson of BMO Capital Markets:

“This is an important first step in developing a fully functional blockchain capability that we think will eventually allow primary and secondary trading of securities.”

“We understand the potential that blockchain brings to the capital markets and we look forward to continuing to drive innovative solutions to help our clients,”

Audrey Gaspar, who is the Treasury and Integration managing director of the Ontario based pension fund, also stated that the fund is supportive of trying out with new technologies for the benefit of their members.

This year, similar tests were undertaken by JP Morgan and the National Bank of Canada (NBC).  As they did the experiment in April using the blockchain technology, debt-related financial instruments were issued. A $150 million of Yankee certificate of deposit of one-year floating rate and tested it in parallel with the distributed ledger system given by JP Morgan.