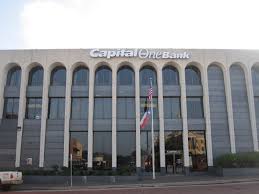 Capital One, which is one of the biggest banks in the U.S. is working on the Distributed Ledger Technology otherwise known as blockchain, to provide a more secured and convenient user authentication means for their clients. This is according to the filing which was released on Thursday.

This development is part of their patent application which was submitted in June 2017 to the U.S. Patent and Trademark Office. In their proposal, Capital One will create a blockchain system to receive, store or retrieve their client’s user authentication data which is encrypted.

The banking giant’s idea is defined as a “a distributed, non-reputable record of authentication interactions” which enable the users to authenticate themselves on multiple platforms, but personal data shared between them is only limited.

As a result, the new method will only retrieve the identification data when they begin the authentication process. Based on the authenticated information received, the system will either authorize or reject the user.

This proposal is seen to possibly lessen the “time and resources burdens” for different institutions as they put their new clients onboard. When a potential client goes online to apply for a new service, they will just need to enter their basic information such as their email address, full name and phone number. And if the attributes are matched, the verified identity goes straight to the blockchain which shortens the authentication process.

Therefore, as what Capital One claims, institutions and their clients would benefit from this collaborative system that manages authentication interactions.