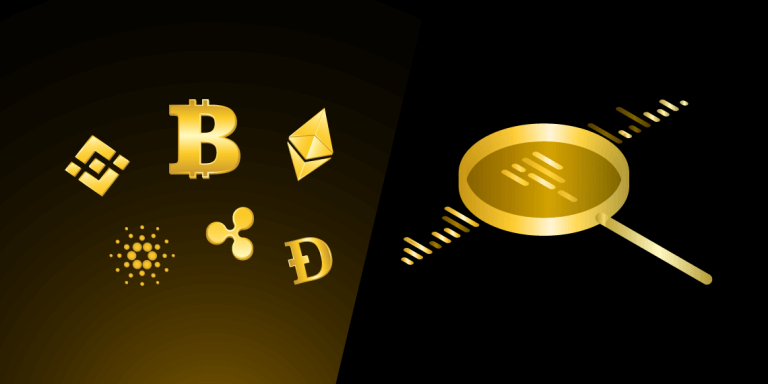 Our weekly crypto price analysis for 7th January shows cryptocurrencies are in a mini rally. Equity markets have given rise to Bitcoin and altcoins recently, however, bulls may confront difficulty in sustaining the necessary momentum required for transforming overhead resistance levels into assistance.

The recently released United States December nonfarm payrolls report revealed an impressive growth of 223,000 jobs – a number that surpassed the market’s anticipation. This provides further evidence that our economy is still strong. However, what caught analysts’ attention was the slower-than-expected wage growth rate of 0.3%, which wasn’t up to economists’ forecasted amount of 0.4%.

Furthermore, the euro region’s headline inflation rate decreased from 10.1% in November to 9.2 percent in December, offering investors optimism that the central bank’s stringent interest rate changes could be effective in mitigating the economic slowdown. This set off a surge of activity on both American and European stock markets as traders sought out lucrative opportunities.

Despite this news, the cryptocurrency space remains relatively subdued; Bitcoin is trading in a narrow band. Crypto investors may be taking a more cautious stance due to unsubstantiated reports of Huobi‘s insolvency – which were officially denied by company representatives.

Ethereum has remained range-bound between $1,150 and $1,352 as traders are contemplating what will happen to ETH price and staked Ether derivatives after the next network upgrade opens withdrawals for stakes. A potentially profitable moment may be just around the corner for Ether, as all eyes are on the upcoming Shanghai upgrade taking place this March 2023. This update will finally allow withdrawals from Ethereum staking contracts which have been locked until now. As soon as implemented, it should significantly lower the risk of investing in ETH.

Utilizing liquidity staking protocols offers an exciting opportunity for exponential growth. In 2023, the value of governance tokens associated with these protocols skyrocketed as people have become more and more intrigued by this investment option. Lido DAO LDO is the top performer of the week as the token has spiked by more than 15% in the last few days while the worst-performed altcoin is Neutrino USD USDN which has lost almost -3 percent of its value since Monday.

Bitcoin is trading at $16,930.76, within a narrow range as the bulls and bears are in a tug-of-war. We expect that the BTC price could either break above $17,000 or fall below $16,800 soon. On Jan. 4, Bitcoin surpassed the moving averages but was unable to break through the barrier at $17,061 – showcasing that sellers remain strongly protecting this overhead resistance.

The price took a nosedive below the moving averages on Jan. 6, yet there was still evidence of buying at lower levels as indicated by the long tail on the candlestick chart. The bulls may attempt to push it back up above $17,061 one more time before retreating.

Conversely, if the price drops from where it currently is or surpasses the overhead resistance, it could indicate that this pair may enter a period of consolidation between $17,061 and $16,256. This could convert the overhead resistance levels into support levels. The RSI indicator is at the neutral zone and does not provide clear indications of future price action while the MACD shows an absence of any significant trend.

Overall, the short-term outlook for Bitcoin remains bearish as it fails to break the overhead resistance levels. In order to reverse the trend in BTC/USDT pair, the buyers will need to break through $17,061 before attempting to climb further up.

Ethereum is currently trading at $1,216.40, between the two moving averages, with no clear trend in sight. If ETH/USDT pair breaks out from the lower support level of $1,160, it may reach a new low and test the $1,056 support.

However, if it is successful in breaking through the overhead resistance of $1,252 – then it could encounter another strong level of resistance at $1,352. If buyers decide to push Ethereum above this level, its next target may be the peak price of $1,300.The price action inside the current range could be random and volatile. A break above the resistance at $1,252 or a lower low below $1,160 could indicate that ETH/USDT pair may enter a period of consolidation between these two levels.

The RSI indicator is also showing no clear direction – hovering just above the oversold region while the MACD line has crossed below the signal line in the positive zone, indicating that the pair may enter a bearish trend.

Binance Coin is trading at $261.06, holding above the support level of $250 while its price is still stuck between this support and the overhead resistance of $290. BNB/USD pair could break out from either direction over the next few days – crossing above or below these two levels.

If it breaks past the resistance, its next target may be the peak price of $365. On the other hand, if it falls below $250, Binance Coin could test the support of $220 and then go even lower to make a new low. The Stochastic RSI is currently in the neutral zone, providing no clear indications of future price action. The MACD line had a bearish crossover with the signal line but remains in the positive zone – indicating that there may be some buying pressure still present in this pair.

The RSI (Relative Strength Index) is close to 50 levels and trading in a sideways manner. If the price rebounds off the 20-day exponential moving average ($252) with strength, the BNB/USD pair could jump to the 50-day simple moving average ($268). This level may act as a barrier but it is likely to be crossed. The pair could then soar to $300.

According to our weekly crypto price analysis, Ripple has been on a declining trendline but has started to show signs of recovery in the last few hours. Ripple’s price is starting to gain momentum and is currently trading at $0.3424. If the buyers manage to push past the $0.3500 resistance, it is likely that XRP/USD pair could reach its next target of $0.3900 – with a potential further rise towards the all-time high of $3.84.

On the other hand, if the price falls below $0.3250 – XRP/USD could make a new low and test the support level at $0.3050. The RSI is currently hovering around 50 levels but is still in an uptrend – indicating that buyers may have some momentum on their side. The MACD shows a bullish crossover, suggesting that the price action inside of this range could be heading toward an uptrend.

Dogecoin is trading at $0.07241, up by percent in the last 24 hours. The price of Dogecoin has been ins an uptrend since December 28, 2022, and is currently trading above the 20-day EMA ($0.067). If DOGE/USD pair manages to break past the resistance of $0.079, it could rise toward its next target of $0.096 – which is also near the peak price of $0.10.The MACD line is above the signal line in the positive zone, suggesting buying pressure in the market. The RSI is also close to 50 levels and exhibiting a sideways trend.

If buyers manage to push Dogecoin above $0.079, it could encounter another strong level of resistance at $0.096. If they fail to break through this level, the price could return to its support line of $0.07 and test a critical support level at $0.062.

Dogecoin’s rebound at the crucial threshold of $0.07 came to a halt when it hit its 20-day EMA ($0.07) on Jan 5th, signifying that bears are keenly selling during each recovery period. Until buyers can break through the resistance level of $0.079, they will remain idle in this scenario and potential gains may be prevented from occurring as a result.

If bulls are to succeed in improving the situation, they will need to boost prices above the resistance zone located between the 20-day EMA and $0.08. This could initiate a long-term uptrend towards $0.11 – an enticing prospect for investors.

Our Weekly crypto price analysis shows that Cardano is trading at $0.2744, up by 1.09% in the last 24 hours. On the fourth of January, Cardano closed above its 20-day EMA ($0.26) which signified that bulls were attempting to regain momentum. However, bears are persistent in maintaining their lead.ADA support levels are placed at $0.26 and $0.25 respectively, and if the price dips below either of these levels, it could fall toward the next target of $0.20.

The long wick on the Jan. 6 candlestick reveals that buyers are pushing prices to higher levels, yet bears will try their best to drag the price below its 20-day EMA and pull ADA/USDT pair close to a vital support level at $0.24.

Conversely, bullish traders will attempt to protect the 20-day EMA. If prices rebound from current levels, the pair may surge toward its 50-day SMA ($0.29). Nonetheless, this level could once again invite strong resistance from bearish traders.

The Fib retracement levels also suggest that if buyers manage to push the pair above $0.30, there could be a possibility of an uptrend towards the Fib extension levels of $0.36 and $0.40, respectively.

Therefore, our analysis suggests that if bulls can push the price above the 20-day EMA and sustain those gains over a period of time, ADA/USD pair could reach its next target of $0.30 – with a potential further rise towards $0.40.

Our Weekly crypto price analysis sums up that most of the digital assets are trading close to their key resistance levels. If buyers can rebuild their momentum and push the prices toward their targets, long-term gains could be expected in the near future. However, if bears are able to break the support levels of Bitcoin and Ethereum, a drop in price could occur which could potentially cause a selloff.