Ripple transactions at record high: records more than BTC, ETH in past 24 hours 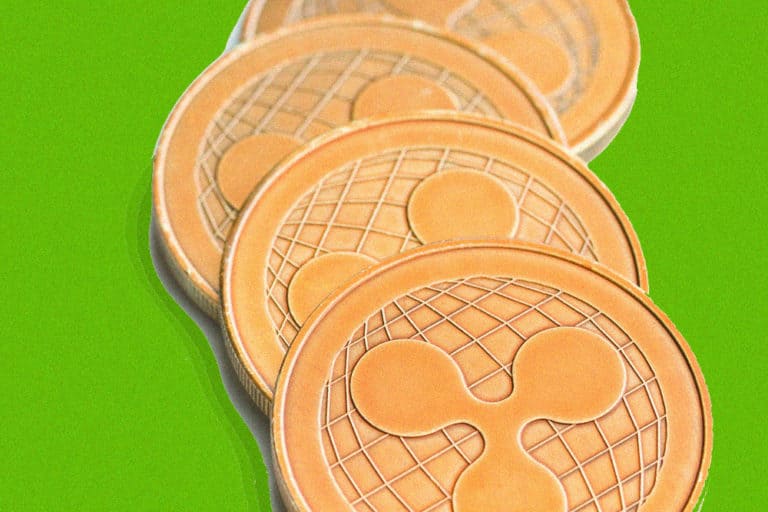 Ripple records more transactions than Bitcoin and Ethereum in twenty-four hours (24hrs) yesterday despite going through bad waters at the moment.

Ripple is struggling on the one hand to stabilize its price, and on the other hand, the collaborative efforts Ripple foundation has been making finally paid off. Ripple seeing more transactions than Bitcoin and Ethereum the king and queen of cryptocurrency mean bright days are head.

The Sentbe effect on Ripple price and transactions?

Sentbe has integrated Ripple to make transactions, and what is Sentbe you ask? It is the payment processor for Samsung.

Ripple has been the core of talks a lot of which have been spreading fear, uncertainty, and doubt (FUD) for the firm that ships out XRP and it still is a long way from being integrated into the hearts of the Korean people and being will be the indisputable crypto coin in the land.

Contributing only five percent (5.7%)of the entire two hundred and ninety billion ($290.6B) market cap the third-largest cryptocurrency dropped from the key position of $0.38 to $0.33 and is currently trading at this level.

Amongst the altcoins, it is doing better than most of the cryptocurrencies though. The transactions with respect to the daily basis made XRP touch its one-year high.

In the last twenty-four (24) hours, however, XRP recorded a colossal transaction count. The BitInfo Charts have recorded XRP transactions to be at forty-nine percent (49.1%) of the total. That make one million (1,112,238) transactions in a day.

Ethereum came at second place with twenty-five percent (25.2%) share in the transactions lot. Five hundred seventy thousand (570,838) transactions were made while Bitcoin came in at the third spot with thirteen percent transactions (13.6%) amassing to about three hundred thousand (306,328) transaction on that day. 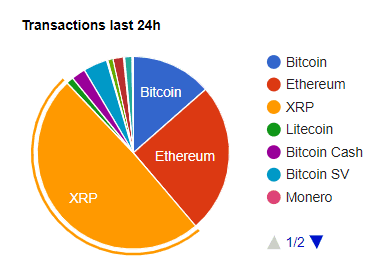 HitBTC was the core hub through which most transaction requests were made and received during this peak period for XRP.

OKEx and Binance contributed thirteen percent (13%) and almost twelve percent (11.91%), respectively. ZB contributed over fourteen percent (14.22%) of the total trading volume. While the pairs XRP/USDT accounting for over thirty-seven percent (37.25%) and XRP/BTC with over sixty-two percent (62.75%) to the volume.