McAfee would be extradited if he reveals Satoshi? 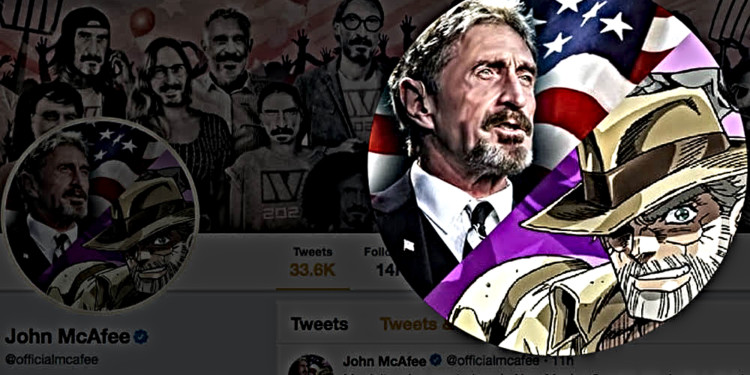 Craig Wright is also a computer scientist who has openly claimed to be the creator of bitcoin and the identity behind the pseudonym. But his insistence and demeanor have led the community to be a little skeptical about his claims.

Craig Wrights recent string of lawsuits against people criticizing him are probably a motivation for John McAfee to take this decision.

The US extradition request to the Bahamas is imminent. I met with Mario Gray, my extradition lawyer, and it is now clear (read his letter below) that releasing the identity of Satoshi at this time could influence the trial and risk my extradition. I cannot risk that. I'll wait. pic.twitter.com/l8lTjR6fQM

John McAfee’s lawyer sent a detailed letter on what the course of action should be. The letter stated that if John McAfee reveals the real identity behind the pseudonym then he will be putting his own wellbeing in danger. The lawyer pointed out that he may have to face some lawsuits and legal actions against himself.

After this letter, John McAfee made the decision to delay the revelation saying that at the moment he can not risk his own extradition and will stay put for the time being.

John McAfee is in a tight spot as he is being investigated for committing a murder in Belize and some tax offenses.

The response from John McAfee’s lawyer was met with scrutiny. Mainly the fact that the lawyer used his Hotmail address and many are questioning its timeline and the letterhead. Despite the backlash, McAfee supported his lawyer.