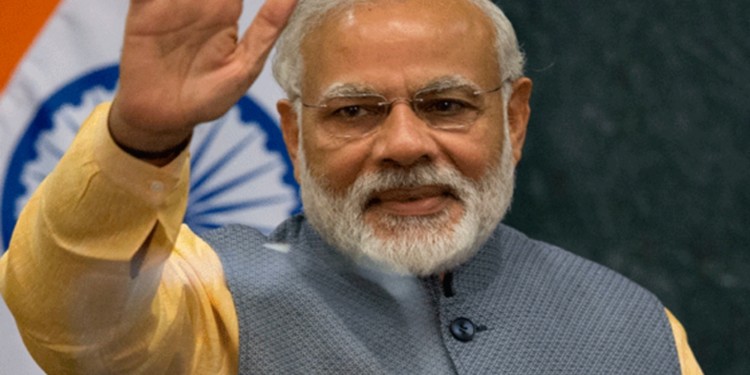 Kunal Barchha, the CEO and founder of CoinRecoil, a company that had hoped to emerge as India’s most technologically advanced crypto trading platform, writes a profound open letter to the honorary Prime Miniter of India, Narendra Modi and Finance Minister, Nirmala Sitharamani, in an attempt to make them reconsider their vote against the cryptocurrency trading in the country.

Cryptocurrencies were never really given legal status by the Indian government. However, it all started going downhill for the Indian crypto market when Reserve Bank of India (RBI) announced an absolute ban of trading, dealing, and handling of cryptocurrencies on April 5.

The once popular cryptocurrency exchanges like Koinex, Zebpay, and CoinRecoil shut their doors overnight owing to unfavorable and vague regulations on crypto dealings. Others turned to darker and illegitimate methods. Meanwhile, several budding crypto entrepreneurs are eagerly waiting for a resolution that will prevent them from axing their dreams.

The Open Letter to Prime Minister and Finance Minister of India

Kindly allow me to begin with introducing myself. I am Kunal Barchha, co-founder and CEO of the now doomed crypto company CoinRecoil. The letter is being written following a writ petition against the RBI circular on banning cryptocurrencies in India. I am writing to you on behalf of my fellow crypto community who lost their vision to make it big in the blink of an eye.

With a vivid image of the target, you have transformed our country into a technologically seasoned modern-day nation, dramatically changing the way most of us live. Having seen the attributes of a visionary leader, we elected you to govern us to a better future.

Unfortunately, the unclear cryptocurrency regulations in the country have taken away from us our ways of sustenance and most importantly, our dreams. We agree that the anonymity in cryptocurrencies can lead to possible cases of money laundering and illicit trading. However, with all due respect, the existing stock exchanges in the country are not indisputable either. While several companies continue to manipulate the regulatory framework according to their convenience, will the RBI hold them accountable for laundering the investor’s money?

It is a well-known fact that post demonetization, banks are charging Rs.5 for every IMPS/NEFT/RTGS transaction, which means that these financial institutions can quickly recover their losses from thousands of crores of money lost due to fraudulent practices on stock exchanges. Then again, what about the investors? To whom will they turn?

To point out a fact, India has witnessed one of the most significant numbers of software developers and blockchain entrepreneurs in the world, making their headway and contributing to the economy in recent years. Unfortunately, though, the government has shown blatant disregard for their skills and interests.

In respect of these professionals, the committee dedicated to analyzing the bill and its implications could not assess the unfortunate aftermath. Clearly, the government has placed more faith in the capabilities of foreign regulatory bodies than our own.

Over and above that, an unnerving detail divulged in the RTI filed last year. Apparently, before issuing the circular, RBI did not indulge in any of research or discussion on its dire consequences. As a result, around three million people were deprived of their money and possibly, their livelihoods.

Although the government officials did claim to have cautioned the users, I fail to understand the need for government approvals when a genuine investor wishes to invest in an upcoming technology or an asset. It is my firm belief that as long as the trader is not involved in unethical business activities, it is his freedom and right to use his hard-earned money the way it pleases him.

Sir, in all honesty, anyone who wishes to commit to money laundering or terrorist operations, will not do it through an exchange or a bank account. For authenticating a trade, every exchange or bank requires its users to produce verifiable identity proofs, without which, he or she will be unable to invest or finance. or

There is no denying fact that the world is riding the Bitcoin wave in spite of its high volatility and uncertainty. Such bans not only add to the government’s already increased burden of monitoring illegal activities but also encourages cryptocurrency enthusiasts to find a loophole in the system and yet manage to invest in bitcoins.

It is beyond evident that anyone with wrong intentions will try to work his way around the system. With an alternate set up, the ban will only contribute to the growth of parallel crypto set up, and possibly an illegal one.

It is deplorable that despite receiving sizeable portions of crypto projects from countries like the US and UK, our government officials still choose to visit these countries to gauge its potential. It is for this reason that our country is known to produce the highest number of “cheap labor” in the IT sector.

I strongly urge the government to have faith in the existing set of talent and skills, which have made the impossible possible so far, and lead the country at the forefront of a technological revolution. Being an idealist myself and a dreamer of a better world, believe it when I say, that no exchange will want their platform to be used for illicit purposes only to be asked to shut down its operations overnight. With strong government backing, they can come up with much better solutions.

It is crucial for the government to understand that challenging fraudulent Bitcoin-related activities can be extremely strenuous without the presence of a record of transactions – and this is where cryptocurrency exchanges come into the picture.

For tackling the growing threat of cryptocurrency scams, seamless banking regulations are a must. As exchange owners and partners with banks, we can combat the emerging problems of money laundering and deceitful practices.

Therefore, we long for your support and urge you to at least keep an open mind for discussing this matter further and not base your decisions on a one-sided argument.

Dear Sir, you may or may not be aware, but a far severe threat lies in real estate and gold trading. Yes, the demonetization move did manage to curb it to a certain extent. However, malpractices still prevail. While the rich and the affluent class manage to get away with a mere phone call, it is the tax paying citizens who end up paying for their wrong deeds. Today, this holds for cryptocurrencies as well.

I, therefore, request you to look beyond the obvious and break the chain of injustice towards the average community. I plead you to stand up against this unfairness and let the technology do its part in combating illegal crypto trading.

The inspiring idea of a Digital India will only be successful if every single minister occupying a seat in the government is open to promoting and backing a start-up culture in the country – a culture that knows no boundaries in terms of sector and society.

As founders of a crypto exchange platform based on the most disruptive technology, we tried to challenge the present state of despair. We bogged ourselves down with hefty loans and paid all government dues like a responsible citizen. However, we are sorry to say; the government has made a fool of us. In the end, you leave us with no choice but to leave our homes in pursuit of our dreams.

On that note, I end my open letter and a heartfelt request to reconsider your decision.