Helium HNT pumps 30%; is it the right time to buy? 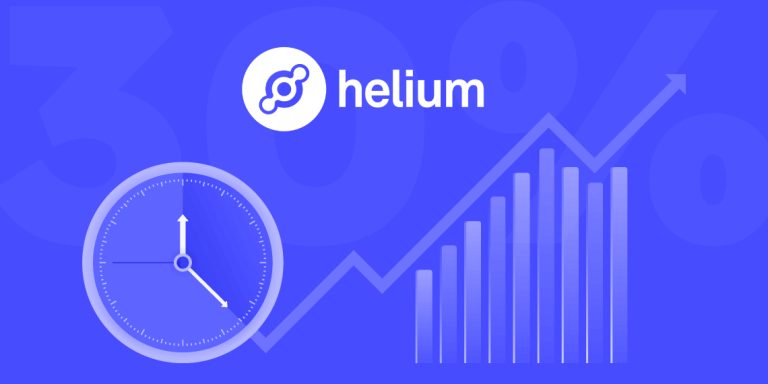 HNT volume trading pumped 1,570% in 24 hours, accompanied by a sharp price increase of 30%. Is the HNT bull run sustainable, or will it lead to a similar price drop?

Helium is a distributed node infrastructure that aims to create a truly decentralized and trustless model for building wireless infrastructure.

Users can use a simple device that connects to the infrastructure to provide miles of low-power network coverage for billions of devices while being incentivized by their native token, HNT.

Why did Helium HNT pump?

Looking at the current trading volumes means the coin will dump hard or pump hard; the latter is playing out. Altcoins have been subject to price manipulations; the current price outlook should span to 2023 to rule out manipulation.

The community’s uncertainty in HNT’s performance results from mixed reactions to the decision by the custodians to move to the Solana blockchain. The custodians have not shared what will become of projects building on their infrastructure.

Solana has had its fair share of troubles, network downtimes, and an alleged connection to the bankrupt FTX.

Helium will migrate to the Solana blockchain first quarter of 2023; the package will include Solana NFTs that operators will use to represent nodes in the infrastructure.

Developers have done most of the work and announced a 24-hour downtime pending the transition.

However, the network’s low-power network coverage network has continued to experience growing use cases. Dronedeck, an intelligent drone mail delivery system, announced it would partner with the network to expand its reach.

In the first week of December, SquidyTech, a home security system provider, partnered with the protocol to help streamline its services.

The platform reported on Twitter its rising saturation in urban areas and would incentivize users to move their beacons into less densely covered areas. The issue has been a challenge to node operators due to rising competition from each other.

The first version of the Helium mobile explorer will be coming out before the end of 2022. The explorer features will include a 5G coverage simulation.

The token faces significant risks in the future. The bear market bears the highest risk; this year alone, the token has dropped 95% from the year’s high of $43. At press time, it was selling at $2.15.

The network has experienced growth in the last few months. At the time of writing, the network has 9,840 hotspots with $64 million worth of HNT locked in the platform. Active nodes have risen by 662 to 7,760 in the last 30 days.

The technology is also facing stiff competition from emerging technologies that are cheaper and faster. The need for decentralized networks may need to be more economically sustainable for node operators.

Through chart price analysis, we can deduce rising price momentum from the MACD histogram; the MACD and signal lines are crisscrossing, so they are unreliable. The 14- day Relative Strength Index (RSI) shows the token correcting from an oversold position.

TON performed impressively after being extensively sold in the market resulting in a prolonged bear run. Positive market sentiment is a missing link to HNT’s continued performance.

Is it the right time to buy? HNT’s current price is a correction after falling into oversold territory. The coin is selling at a discount noting the harsh crypto winter of 2022. It is prudent to wait and see how it plays out.