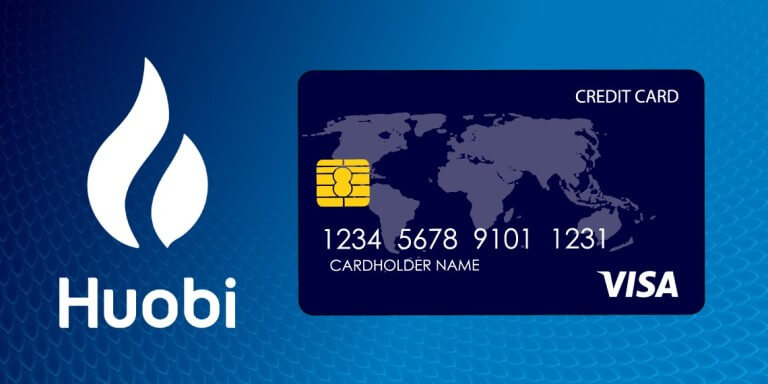 One of the most prominent cryptocurrency exchange platforms in the world, Huobi Global, owned by Justin Sun, has made an announcement regarding its plans to introduce the Huobi Visa Card, the company’s very own global ATM card, in partnership with the payments giant Visa.

During the initial rollout, the Visa card will be made accessible in a number of markets located in Europe. Subsequently, the card is scheduled to be made available in other regions not long after.

According to Huobi, the launch of the Visa Card demonstrates the company’s serious commitment to encouraging the widespread use of virtual assets all over the world.

The launch of the Huobi Visa Card marks a significant milestone in Huobi’s push in making virtual assets accessible to everybody. Huobi and Visa are both prominent leaders in their respective industries. With the Huobi-branded card, we hope to contribute towards global financial inclusion.

Benefits of the Huobi Visa Card

Users’ Huobi accounts will be connected to the Visa card whenever it is released. The company asserts that customers will be able to easily convert the virtual asset balance in their Huobi accounts into a form that can be used to pay for products and services at any of the 80 million merchant locations around the world that accept Visa.

In addition to this, it apparently provides users with a plethora of benefits. When a user makes a purchase using their card, for instance, they are eligible to receive cashback in the form of HT, Huobi’s token.

Users will also be eligible for a variety of incentives, including cashback vouchers, sure-win coupon airdrops, APY booster coupons, privileges in Huobi Earn goods, and more, the company stated in its blog post.

The card will be offered in a total of five different tiers, which are referred to as “Scout,” “Navigator,” “Adventurer,” and “Explorer” respectively.

Visa has indicated that they aim to play a role in bridging the gap between the cryptocurrency ecosystem and its global network of retailers and financial institutions by positioning itself as a bridge.

The business also mentioned that they are eager to collaborate with forward-thinking platforms such as Huobi in order to make it simple and trouble-free for customers to make purchases using their cryptocurrency balances at merchants who accept Visa.

Prior to this point, Visa had announced that they would be forming a cooperation of this sort with FTX; however, this endeavor was obviously rendered impossible after the exchange went bankrupt.

However, as reported by Cryptopolitan just recently, the payments giant proposed a way that would allow providers to automatically take money from clients’ Ethereum-based crypto wallets without the user having to explicitly authorize each transaction.

To put it simply, this method enables the unification of smart contracts with Ethereum-based wallets. The Visa team has made the guarantee that user accounts will behave similarly to smart contracts if they implement an AA-based self-custody wallet or a delegable account.