On the 22nd of September, the Ethereum price line traded close to the $340 level after the cryptocurrency’s price trajectory slipped below the $348 level on the 21st of September. Crypto analysts on Trading View believe that ETH price will soon return above $350.

The ETH price was recorded at $343.81 US Dollars on Bitstamp at the time of writing. At its highest, the cryptocurrency approached $346.61 during the day’s trade.

Ethereum to fall next?

The Trading View analyst YM Group is of the opinion that the ETH price will fall towards the $320 support. The price line was previously trading above an important support at $356 which it broke on the 21st of September.

The ETH/USD pair formed a new resistance at $356.81 which was previously an important support level. The price was held above this support-turned-resistance from the 10th of September. Currently, the cryptocurrency has been seen varying near the $340 level. The crypto analyst believes that the ETH price will fall towards the $320 mark to confirm support at this level.

The Trading View analyst Mudrex is of the opinion that the ETH price will move sideways on the 4-hour chart.

The analyst discussed that the ETH price appears to be traveling above the lower Bollinger Band, where it achieved support. The bands exhibited expansion at the time, which means that the price is expected to move sideways.

The trade volume observed an increase while the price was decreasing. The volume decreased when the price observed sideways movement. This means that the selling pressure is on the rise. The Moving Average Convergence Divergence (MACD) line has moved below the signal line. The histogram size is decreasing in the negative region. This means that the cryptocurrency holds a bearish bias.

The Relative Strength Index (RSI) had dropped below 30.00, depicting an oversold coin. However, the technical indicator was observed moving above the oversold region.

The Trading View analyst Atlas Trades believes that the ETH price will rise towards the $357 resistance soon. Then analyst drew their technical analysis on a 1-hour chart for the ETH/USD pair.

This idea is similar to that of YM Group’s, except the Atlas Trades is of the opinion that the price will move towards the resistance after seeing a short pullback towards the support.

The Trading View analyst Alexander Harford believes that the ETH/USD trading pair has recently broken below an ascending parallel channel, and that the cryptocurrency’s price will soon return to the trading channel.

The analyst stated that Ethereum is currently rising while the 50-Day Moving Average and the 200-Day Moving Average appear to be narrowing. The Relative Strength Index (RSI) rests in the oversold zone, which means that it is below 30.00. The breakout from the ascending channel, as discussed by the analyst, appears to be a fake one as of yet. Which means that the cryptocurrency will soon return to the ascending channel and continue its uptrend. 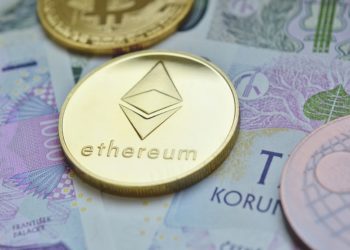