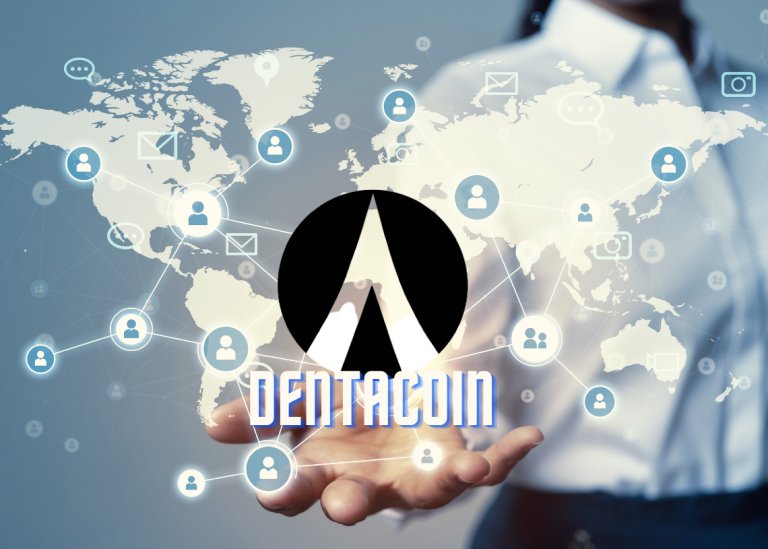 Dentacoin is a blockchain network for the global dental industry. The platform aims to change and revolutionize dental health care across the world with blockchain technology. What are the strategies for 2022? Dental market reports featuring genuine global data, all-sides analysis, and beautiful, comprehensible charts are the newest addition to the DentaVox website! What is more: They will be 80% cheaper than the average and crypto-paid.

Hence, let’s take a detailed look at Dentacoin price prediction and its technical analysis in cryptocurrency markets. Without further ado, let’s jump in.


Dentacoin is a blockchain platform for dental industries across the world. However, the platform is creating a new dental system to: make dental care less expensive through its dental insurance system, allow people to improve their oral hygiene, and imbibe good habits through its dedicated app known as Dentacare.

However, Dentacoin is futuristic and intends to extend its services beyond what it is now by the end of 2021. So far, the platform has more than a million users from around the world. Dentacoin also offers its services to different parts of the world today.

What is Dentacoin (DCN) used for?

Dentacoin is a cryptocurrency based on the Ethereum blockchain network. Its intended use is to facilitate global dentistry by offering added value to its community through different solutions.

Dentacoin is the first blockchain platform for dental medicine. The creators of this token used different blockchain technologies to improve worldwide dental healthcare. Examples of such technologies in Dentacoin include Dentacare Mobile App, DentaVox web app, Dentacoin Assurance, and a Trusted Review Platform (already up and running).

The token Dentacoin coin (DCN) is used to purchase products and services in the dental industry, and those concerned about their teeth can seek help through an interactive blog.

How does Dentacoin work?

To fully know how Dentacoin works, it is essential to understand what a smart contract is. Dentacoin’s whitepaper also gave a detailed look at a smart contract, stating that it is “computer protocol” in the Ethereum blockchain network that helps examine and enhance an agreement between individuals.

Even though that definition might seem complicated, a simple way to understand Dentacoin’s Smart Contracts is to relate it to processing a check in the bank. A person gives you a check after signing, and then you go to the bank to clear it, and you then receive the money. However, only if the conditions are met will the bank clear the check.

Concerning Dentacoin’s Smart Contracts, certain conditions need to be met before DCN tokens are transferred to you. But in this case, you don’t need an intermediary – like a bank — to verify these conditions.

Nonetheless, a user can send or request DCN tokens to another user on any ETH-based wallet. Hence, both parties involved can see the transaction on the ledger before it is actualized.

Goals and visions of Dentacoin

The creators of Dentacoin DCN is the Dentacoin Foundation. The goal of this company is to improve and facilitate the dental industry across the world. It also aims to create a community that will also help drive dental care.

It is also essential to know that Dentacoin isn’t competing with other digital assets in the crypto market but to provide solutions to worldwide dentistry.

Polls are done regularly on the DentaVox blog, which is both interesting and intriguing.

How can Dentacoin’s goals be achieved?

To actualize its visons, Dentacoin is focused on creating lots of technologies to change the dental industry. However, members of the community are paid in DCN tokens to develop these technologies.

Furthermore, this digital asset will focus on powerful marketing methods and advertising strategies to expand its platform. Due to its focus on developing its platform, the team behind Dentacoin predicts a rapid rise in the number of users worldwide.

Dental patients and other users can share their experiences, take surveys, and reward DCN tokens. These surveys and other essential data are stored in Dentacoin’s blockchain.

Before we take a detailed look at Dentacoin price prediction or DCN price prediction, let’s take a brief look at its current price and its price history in the past seven days.

Dentacoin was created in 2017 by a community of young dentists known as the Dentacoin Foundation. However, DCN was listed in major exchanges in 2018. Furthermore, Dentacoin raised funds for its development through its presale in July 2017 and an Initial Coin Offering in October 2017 in which 20000 contributors worldwide participated.

As of this writing, DCN is trading in a negative direction. However, the hourly chart’s technical signs point to a purchase. There is a strong sell signal from its Moving Averages. To see whether it can hold above its resistance level of $0.000011, DCN may attempt to test its support zone around $0.0000050 in the coming days.

Dentacoin price future was projected using a deep artificial intelligence-assisted technical analysis of Dentacoin’s previous price data. The most recent historical statistics for the DCN currency, include several factors such as previous price, Dentacoin market cap, Dentacoin volume, and a few more. If you want to invest in digital cryptocurrency and get a high return on your investment, read our forecasts.

The WalletInvestor Forecast System indicates that purchasing DCN for the long term (one year) is not recommended. It is essential to be aware that the price of DCN can be easily influenced owing to the low market cap of the cryptocurrency. If you are interested in virtual currencies that offer a strong return, investing in DCN might not be the best choice because it is a high-risk alternative. The current price of one Dentacoin is equivalent to 0.00000774 USD as of 2022-06-02, however, the value of your investment may decrease in the years to come.

Trading Beast is similarly optimistic about DCN, predicting a strong return on investment over the next three years. DCN is expected to conclude 2022 with an average price of $0.00033058 and a maximum price of $0.0000178, indicating a 15.88 percent ROI.

Based on these price predictions, DCN might be a rewarding investment idea, though the forecasts differ. It is critical to remember that DCN coins will continue to be influenced by the volatility of the crypto market. As a result, the token will face further resistance and support levels this year and in the next years. Also, it is important to be aware that the price of DCN can be easily influenced owing to the low market cap of the cryptocurrency Before investing in this coin, conduct your own research.

What is the highest DCN projected price for 2022?

Is Dentacoin (DCN) a decent cryptocurrency to invest in?

Dentacoin's value is projected to climb further since scarcity encourages price increases. Please keep in mind that each investment involves some risk. Simply invest in what you can do before drawing any judgments and conducting as much research as possible.

Will the Dentacoin price drop?

These are some of the most common queries that investors have. The fact is - that no one can accurately predict the future of Dentacoin (DCN). All we can do is use various algorithms and run technical analysis.

Can I buy Dentacoin on Binance?

You can do it via many top-rated cryptocurrency exchanges like Coinbase, Binance & Coinmama. The greatest advantage of sending DCN from your Dentacoin address to another one is how easy and fast it is. Whether the recipient is located across the world or near you, the process is secure & effortless.