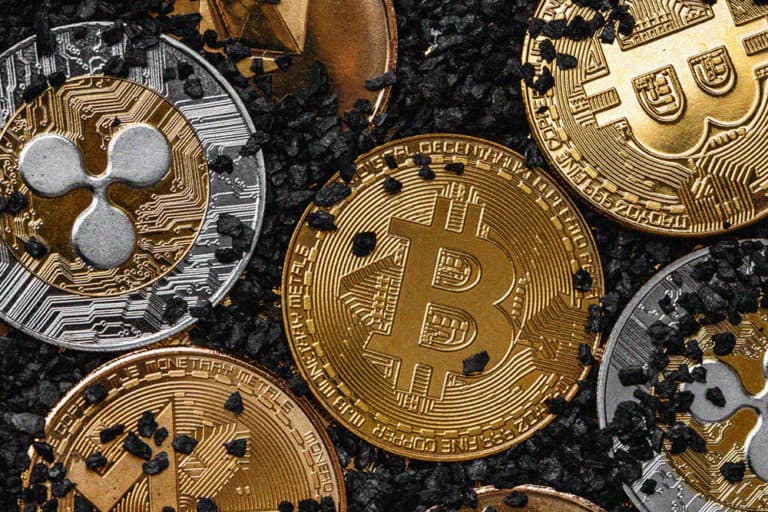 The cryptocurrency market is currently suffering the after-shocks of the lowest market has stooped in the last six months.

This decline was suffered last Thursday putting a dent into the altcoin market and putting them on the mercy of another such episode. Another such episode will result in a dry spell for the cryptocurrency market with distressing results. 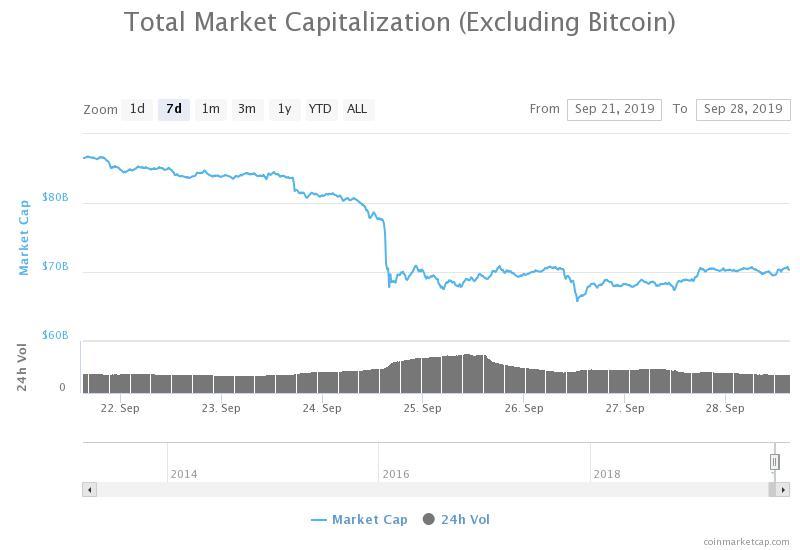 Comparatively speaking, on 18th September 2019, the combined worth of all altcoins was around ninety billion dollars ($89.9b). In retrospect, the market in summer peaked around a hundred and forty-three billion dollars ($143b).

The cryptocurrency market in the twenty-four hours of Saturday, 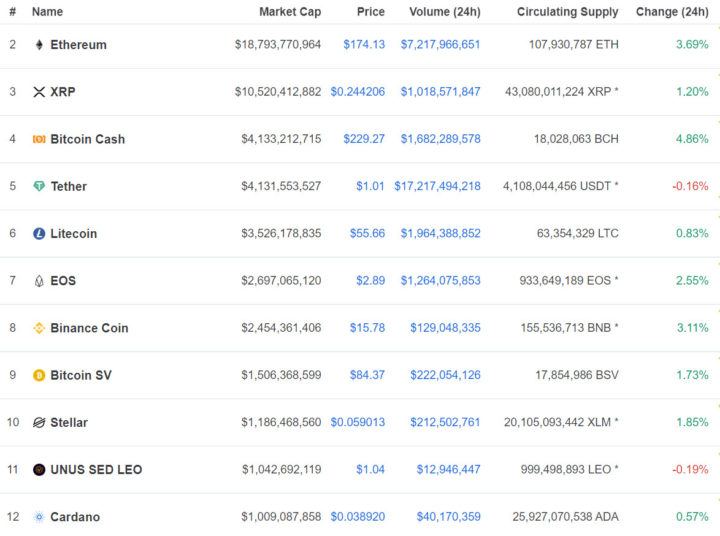 The era of altcoins in 2019 has been queer. The market leaders Litecoin (LTC) and Binance Coin (BNB) had a very prominent role to play.

LTC caused a bullish charge of altcoins in the market in February. Though short-lived, since Bitcoin soon reached up to claim its rightful throne as the most prominent cryptocurrency, altcoins did share the limelight for a while.

During July, post bullish trend, bitcoin was a big share of the crypto-market with its value around thirteen thousand nine hundred dollars ($13,900). There were a series of lower high-caps in the following days, regulating around ten thousand dollars ($10,000), which formed a descending triangle for bitcoin in the charts.

In early 2018, altcoins had their own marketplace, and thus, their trends did not reflect the trends of bitcoin (BTC) in the market. Altcoins represented seventy percent (70%) of the cryptocurrency during that era. Ever since that time, the value of altcoins in the crypto-market has shrunk tremendously.

A lot of altcoins have been converted to bitcoins which does indicate the imminent annihilation of altcoins. It is too early to confirm this claim; however, the direction in which the market is currently moving suggests something of this essence.