Tron price analysis: TRX gravitates near $0.0134 but will it fall? 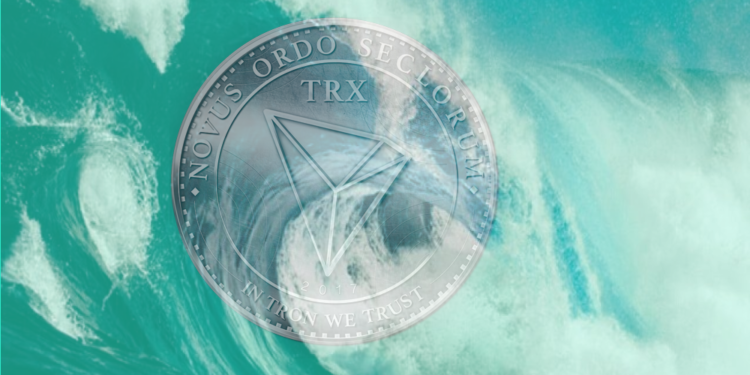 Tron price shifted its sentiment to the bearish side by not holding strong against the 0.0155 dollars mark and as predicted, the price started a major decline, falling to 0.0119982 dollars.

TRX was then risen to the 0.01355 dollars mark on September 25 and the price has been volatile since then, creating multiple support marks and resistances in the four (4) hour time frame. TRX went down to 0.012119 dollars and started an incline to make up for the lost volume. 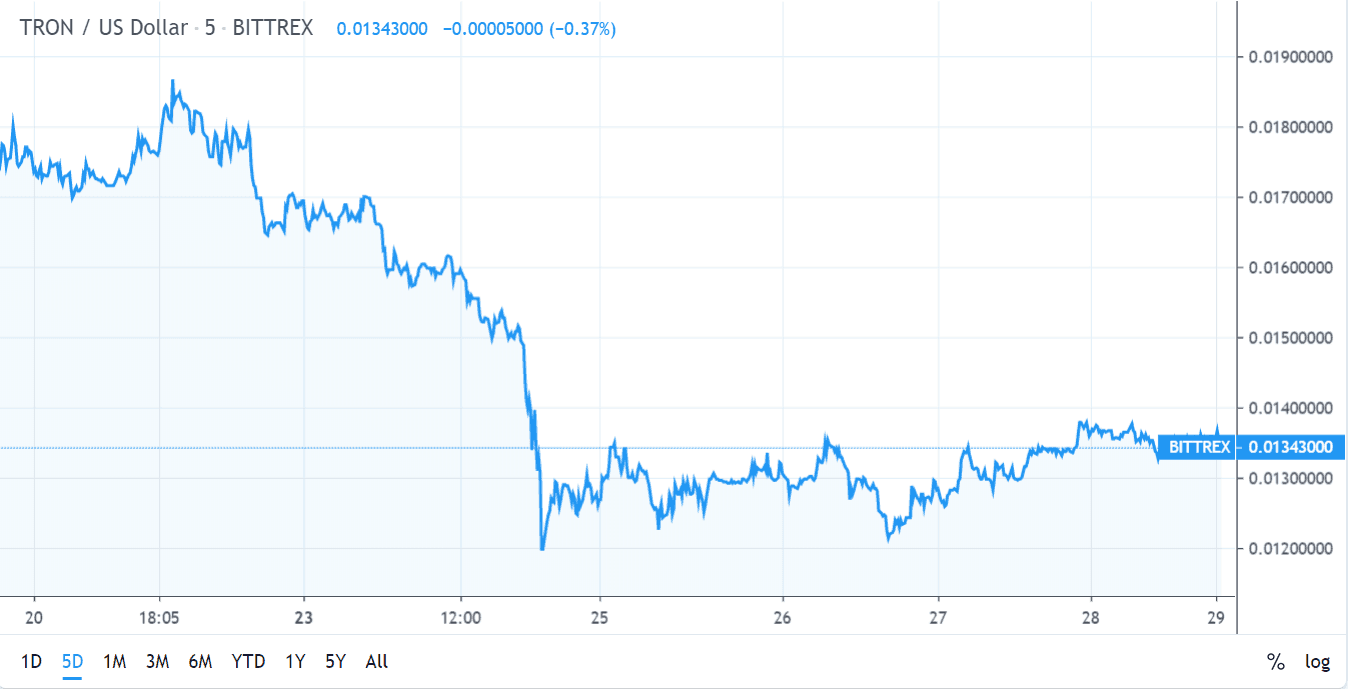 The first resistance that TRX will have to make a move against resides at 0.0138857 dollars. Next up is the resistance at 0.01521 dollars and if the bulls do manage to move ahead then they may very well find themselves at the 0.01619 dollars mark.

The long-term markers are strong and the resistance resides at 0.04 dollars. This mark would have been overcome with a bit of effort in trying to keep TRX above 0.015 dollars. The fact that the price did not even consolidate above the rebounding mark indicates heavy selling pressure that is visible with a downward spike.

The current trend for TRX is to move in a downward sloping wedge with no points of retreat. Avoiding buying more TRX would be a wise choice as the trend does not seem as if it will break.

The relative strength index (RSI) signals sell with bright flashes. It runs quite low indicating that TRX is in overbought territory but the bears still have some breaking to do before going further down. The closes support mark is at 0.0138 dollars while the next support marker resides on 0.01273 dollars. The third support on the list is the 0.0127 dollars mark with 0.01198 dollars being the furthest from the trading price.

Tron has seen some aboriginal price action drama with the price falling, given a fighting chance and the left without a conclusion at a short-term consolidation period. The Price continues to trade near 0.0134 dollars. Further price action has to be analyzed to predict the signals.