Crypto scammers arrested in China with 10.3M worth ETH, BTC and USDT 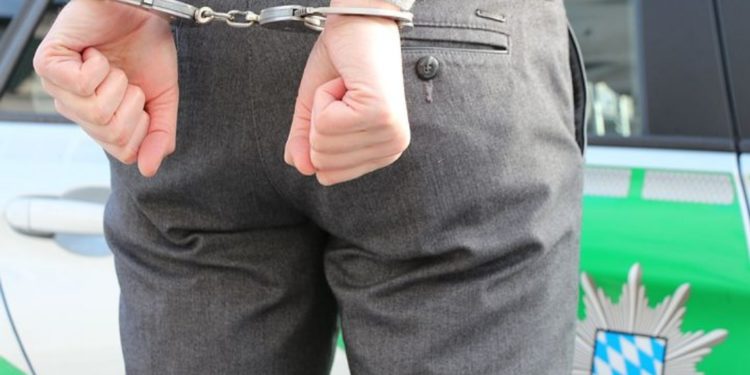 The Head of Marketing at HashKey Hub has posted an article on her Twitter page about a massive crypto-related scam gang that was tracked down in China with the participants taken into police custody. 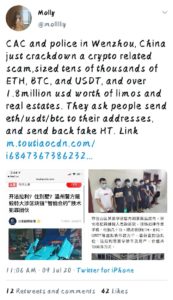 The scammers found customers via the Telegram group “Huobi Global Moving Brick Arbitrage HT Chinese Group Community” where the assumed investors shared their experiences of benefiting from an ‘investment scheme’.

They explained that all they had to do was send their ETH and another crypto to the company’s address and receive a larger amount in Houbi Token (HT). To attract more victims, the scammers gave out information that their investment scheme operated based on ‘HT smart contracts’.

The promised gains were not so large that they would cause suspicion – eight percent, as per one of the sham investors who left feedback in the Telegram chat.

However, after one investor, Mr. Li, sent in 10 ETH, all he got back was 600 fake HT which could not be traded. He went to the police immediately.

Canadian citizen almost lost $90,000 to bitcoin scammers who impersonated local authorities. The 10 con artists arrested and crypto, luxurious cars, and villas confiscated. After several months of investigation, the joint efforts of the local police and the CAC (Cyberspace Administration of China) led to them tracking down the scam gang and arresting all ten members.

The law enforcement agents found out that since last year, the gang had managed to get 100 mln yuan worth of crypto from their victims ($10.3 mln). That included not only tens of thousands of ETH, BTC, and USDT, but also luxurious cars (Ferrari, McLaren, and the likes) and villas.