How many crypto hacks have we faced in the past 7 days? 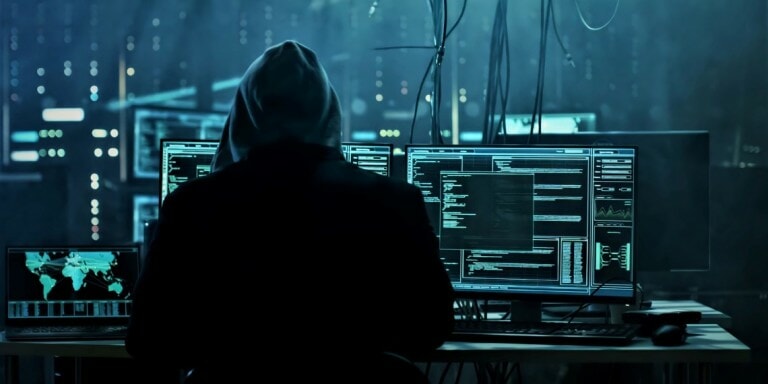 The crypto winter brought with it the entirety of the market’s ills. The number of crypto hacks has been on the rise. During October alone, millions of dollars were stolen. These crypto hacks demonstrate that there is no honor among thieves and that the crypto downturn will not keep thieves away.

As a result of technological advancement, tasks and business objectives are accomplished in the most efficient manner possible. On the other hand, crypto hacks and data breaches have become commonplace.

There have been a significant number of hacks on the crypto market to date. In light of this, let us examine the most noteworthy crypto hacks that have occurred so far in October 2022. The current prevalence and direction of cryptocurrencies stun investors.

Since the beginning of 2022, the value of numerous prominent cryptocurrencies has decreased by more than 70 percent. As we evaluate the most recent scandal in a string of crypto hacks, thefts, and frauds, let’s dissect the BNB hack and determine what it means for the crypto ecosystem.

Two million BNB, the native token of the Binance network, were drained (actually, produced) out of thin air by hackers exploiting a flaw that resulted in an estimated $570 million theft.

Initially, it was stated that $100 million had been compromised, but the amount has now increased significantly. About 2 million BNB tokens, valued at approximately $570 million, were withdrawn.

After the Thursday evening hack, the price of BNB decreased somewhat on Friday. The good news is that the blockchain as a whole did not collapse because the issue was contained and resolved very quickly after the blockchain was turned off and validators began to work together.

BNB holders did not collectively lose $570 million, contrary to what may have been implied by misleading media headlines. According to reports, the hacker only stole approximately $110 million instead of $570 million. The blockchain was able to freeze an additional $7 million thanks to the security partners.

During this bad market, crypto hacks and vulnerabilities in the decentralized finance (DeFi) sector have not slowed, and Mango Markets is the latest victim.

Mango Markets, a decentralized finance (DeFi) market in Solana, has reportedly been hacked for over $100 million. An attacker hacked the system by changing price oracle data, allowing them to obtain unsecured cryptocurrency loans.

The protocol tweeted in the early hours of October 12 that it was investigating an incident in which a hacker was able to siphon cash by changing oracle prices. According to data from CoinGecko, the price of the platforms’ MNGO token has decreased by around 52% in the previous 24 hours as a result of the news of the exploit.

Crypto hacks have become frequent in the DeFi sector. As reported by Cryptopolitan, DeFi protocol Temple DAO lost over $2.3 million on October 11 to a hack initially noticed by Twitter user Spreekaway and confirmed by blockchain analytical firm Peckshield.

According to Peckshield, the hacker sponsored the attack through SimpleSwap and has transferred 1,831 ETH to a new address, 0x2B63d. It was revealed that the hacker exploited a “missing onlyMigrator check” method in the StaxLPStaking contract.

Meanwhile, TempleDAO has taken down the dApp to avoid unintentional usage. The team persuaded the hacker to return the funds, promising him a legal bounty for the exploit.

History has taught investors that you can never really be sure which path crypto hacks take. One day it is a crypto exchange; the next day, it’s a DeFi protocol or a wallet. More so. These crypto hacks offer a poor impression to market investors. What’s worse, they will create a theft and make demands while at it.

Recent crypto hacks have been related to inside jobs at hacked businesses. The hacker behind the recent vulnerability stripped Solana-based decentralized finance (DeFi) lending system Mango Markets of $100 million and has offered an ultimatum to the community.

Posting on Mango’s governance proposal site, the hacker states they want Mango’s treasury to spend its $70 million accessible in USDC to refund bad debt within the protocol.

This bad debt resulted from a bailout arranged by Mango Markets and competitor Solana lending platform Solend for a huge Solana whale that owed $207 million across numerous lending platforms.

At one stage, the whale had borrowed 88% of Solend’s available USDC. The rescue was done out of worry that if the SOL token dropped another 20%, the whales’ positions would be liquidated, causing a chain reaction that would negatively influence the Solana ecosystem.

Due to this ongoing difficulty with Mango Markets, the Wormhole token bridge has declared that it will pause Solana transfers. As part of the hacker’s ultimatum, Mango must guarantee that they will not launch a criminal investigation or freeze the hacker’s funds.

According to crypto analysts, the number of crypto hacks in 2022 will surpass 2021.