All You Need to Know About Blockchain Games 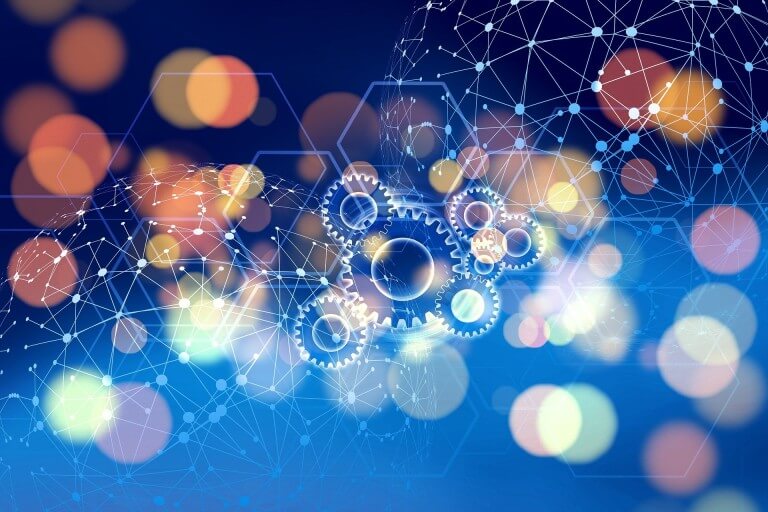 Cryptocurrency is one the widely talked about topics in the past few years. It has given rise to a lot of questions regarding technology and investment. Along with cryptocurrency, there is another development going on, i.e., blockchain gaming. Blockchain gaming is prevalent and rapidly gaining popularity in many parts of the world.

Now, here is one thing you need to note – if you wish to become a good developer to create some world-class games, you need to have apt knowledge regarding blockchain technology. There are ample Blockchain Technology courses that offer candidates deep insights into its various concepts and terminologies.

In this article, we will delve deep into what blockchain gaming is and tell you some interesting facts about the same. So, make sure to read the article till the end.

What is Blockchain Technology?

Blockchain Technology is used for powering cryptocurrencies like Ethereum, Bitcoin, etc. These kinds of cryptocurrencies are like a journal of transactions that are distributed over various networks of computers. Blockchain works on a decentralized model that makes it challenging for people to change the information related to transactions across the entire network.

Usage of Blockchain Technology in Gaming

Typically, the systems of the games that we play are centralized. As a result, users can make use of their traditional game earnings in particular games only. However, these games use decentralized models so that the users can own the data of the game and use it further in different blockchain games.

Let us take an example to understand this – suppose a user is playing a blockchain technology game, wherein he/ she wins XP, weapons, etc. Now, these weapons can be carried forward and used in other games as well. They can sell these weapons, deal them with other players, or use them for playing other games.

This is how blockchain is primarily used in games. It can change the structure of the entire game and help users earn money.

Now here arises a question, i.e., how can one earn money through blockchain games? Well, blockchain games provide users with the ability to procure cryptocurrency by playing. There are numerous ways to earn it and this depends upon the individual game.

However, Non-fungible tokens (NFT) are one way of earning crypto. Non-fungible tokens games is another name for blockchain games. NFTs are virtual tokens that have different metadata. This uniqueness in the metadata makes it very challenging to replace one token with the other.

Blockchain gaming makes use of non-fungible tokens to make various parts of the game like characters, skills, rules, weapons, etc. NFTs are quite different and they bring value to the gaming assets owned by the players.

Players having NFTs can sell them at the market, exchange them, or sell them to earn cryptocurrency. The worth of each and every token depends upon the present market and the distinctive features of NFTs.

Countries Where Blockchain Games are Prevalent

Let us look at some other statistics.

Blockchain gaming may seem like a playful and easy way of earning money and cryptocurrencies, but there are certain things that one must be aware of. Here are some key pointers regarding the same:

How To Begin Playing Blockchain-Based Games?

In order to begin playing blockchain-based games, one needs to possess cryptocurrency and reserve it in the wallet. Most blockchain games are created and based on Ethereum. As a result, a player needs to research the kind of cryptocurrency that is best suited for them.

Players will also need to select the game that they wish to play. Also, consider what kind of game is fun and how much it costs. Then, understand how it is played and how you can earn money.

Once you have information regarding this, you can start playing games and earn cryptocurrencies. Having known about how to play blockchain games, let us look at the top blockchain games that you can play and earn side by side.

We have curated a list of favored blockchain games that you can begin playing with.

Players playing Axie Infinity gather Axies that are used to conflict against other players. When players win a battle, they earn a potion called ‘Smooth Love’. This potion can be traded, bred, and further collected. Axie Infinity is a pokemon-like game. This game encourages all the players to earn money and convert the Axies into cryptocurrency. The game is primarily used to entertain oneself in the Philippines, wherein people have made it a full-time profession to earn money. Thus, Axie Infinity is one of the top blockchain games that helps you earn money.

Another popular game that has drawn attention is the CryptoKitty Game. CryptoKitties is always marketable and popular. In this game, users can acquire, procreate, and make a deal for caricaturistic cats. Just as in the games mentioned above, players in this game can purchase real cats and trade them off. Thus, CryptoKitties can be called a simple yet addictive game that is played by many individuals.

Lightnite is a fortnight-like battle game. This game involves many players that reward them with Bitcoin. Players who know how to play this game have elevated chances of receiving more Bitcoins. On the contrary, participants who are not good at playing and get penalized often, lose Bitcoins. This game is all about earning tokens and exchanging them in the NFT marketplace.

Mobox has an open and free play option that combines gaming and the chain associated with Binance. The creators of this game lay emphasis on the fact that this game will bring players and stockholders together in order to take part in games from other blockchains. The main aim of Mobox is to help users to take part in non-fungible token games, thereby helping them earn money just by playing. The tokens gained in Mobox are used for undertaking the process of transactions, tethering, and administration to make an impact on the growth of resources in the Mobox ecosystem.

This blockchain or distributed ledger technological game lets the users acquire, vend, and commerce the land. ‘Digital Landlords’ in the game acquire the properties and help players earn money/ coins as well. This game also implements a trial program that helps one earn properties, money, cryptocurrency, assets, and much more.

There is nothing new about players wanting to monetize their gaming abilities. Blockchain gaming opens wide doors of opportunities for earning money and buying various assets, properties, lands, etc. Earlier this kind of buying and selling was not possible with the centralized mode of gaming. With the emergence of crypto games, the chances of getting incentives have increased.
If you also wish to begin playing blockchain games or develop them, then it is important to have prior knowledge regarding blockchain technology. There is no dearth of Blockchain technology courses that you can apply for! These courses delve deep into blockchain technology concepts, techniques, and terminologies. Whether you are a developer, user, or player, it is essential to have a thorough knowledge of blockchain! Apply today for these courses and make your way into the blockchain gaming/ development industry!