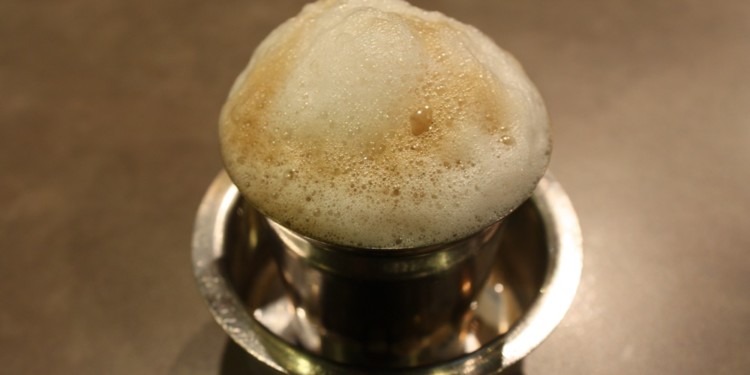 The Indian coffee industry is all set to get restyled by the blockchain-based electronic-market platform, introduced by the Coffee Board of India (CBoI) earlier this year in March, as farmers finally begin to realize the potential in the technology.

Over the last few decades, the overseas market for Indian coffee has grown in leaps and bounds, earning India a distinct identity in the coffee map of the world. Even then, something as lacking. The e-market platform launched by the CBoI, in liaison with Bengaluru-based Eka Software Solutions, who helped develop the mobile app and web portal, did not receive a response it anticipated initially. It began with only twenty-three farmers registering themselves on the portal.

However, following months of promotion and explaining the benefits of the blockchain-based platform to Indian farmers, the CBoI has finally started to witness the increasing interests. Today, over thirty thousand farmers have registered on the e-market platform, with numbers growing each day.

For CBoI, though, the growing adoption did not come as a surprise. According to them, the Indian coffee rates are decided based on the region it originates from. If the buyers are assured of the quality, they will pay the price it deserves.

Given that more than seventy percent (70%) of Indian coffee is exported with over six coffee varieties bagging overseas interests, the initiative was bound to gain traction as the very nature of blockchain ensures that the product origins, once registered on the e-platform, remain tamper-proof and unchangeable giving buyers a sense of assurance.

YB Venkat Reddy, Technology Officer at CBoI, explains why the integration of blockchain into the Indian coffee industry is the need of the hour. Indian coffee has a vast demand overseas, he adds, and joining the blockchain platform will only guarantee better rates for our farmers.

Besides, it is customary for Indian farmers to sell their coffee through agents. Most coffee growers do not possess sufficient storage space resulting in them handing over the produce to agents at a meager price. Reddy explains that local growers get earn less than five percent (5%) with every sold cup of coffee, which is pitiful.

Thus, eliminating the need for intermediaries and increasing the profit margin for farmers serves as another significant advantage of adopting blockchain. The use of Ethereum, the blockchain-based software with smart contracts feature, connects the Indian coffee farmers with the buyers directly by instantly drawing up a sale-purchase contract.

Shuchi Nijhawan, vice-president of the New Business and Global Human Relations at Eka Software Solutions, states that the self-enforcing piece of software formulates an agreement by accurately capturing the information of the parties involved in the transaction. Eventually, it will support digital certificates and payment gateways, Nijhawan confirms.

Still, have a long way to go

Meanwhile, the implementation of the blockchain technology in an Indian service industry isn’t entirely devoid of shortfalls, because the use of cryptocurrencies, also based on the same technology, are illegal in the country. Thus, going forward, financial transactions cannot be based on blockchain. Moreover, it is difficult to instill trust among farmers for whom traditional means of producing and selling coffee are so deep-rooted.

Indeed, blockchain does show tremendous potential in revamping a thousand-year-old established tradition. However, changing the mindset of over one million coffee growers in the country will be far from easy.