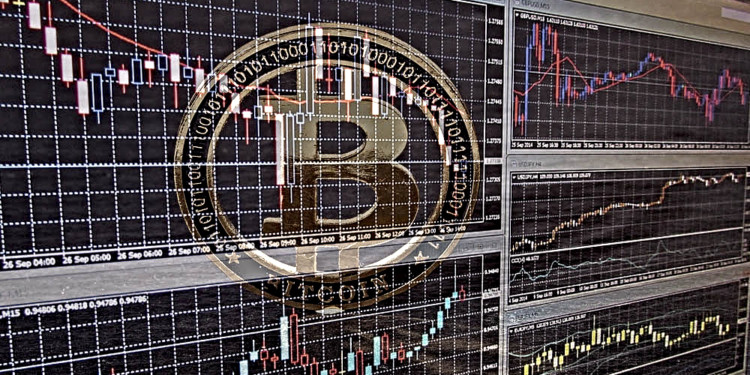 Bitcoin is currently trading above the eight thousand dollars price levels ($8,000) and many are questioning the stability of this price level. Bitcoin has been on an ongoing upwards trend and analysts predict that instead of a price surge we can see a pullback in Bitcoin prices.

Since then it was indicating no signs of a fast recovery. But after Bitcoin had slightly recovered, many analysts and crypto enthusiasts are predicting that bitcoin will be hitting new heights after this.

Anthony Grisanti of ERZ Energy commented on Bitcoin’s current ongoing upwards trend. He revealed that seeing how bitcoin’s price has increased tremendously over the course of the last five months. It is only natural to suspect a slight pullback in prices.

Bitcoin is booming as Consensus week is underway, but can the crypto rise above key resistance? @SeemaCNBC, @Bob_Iaccino, and @AnthonyGriz weigh in. $BTC pic.twitter.com/cH6pjmEQyP

Anthony Grisanti further commented that the price of bitcoin will be negatively impacted if the market starts to sell the assets that have risen in price beyond the seven thousand dollars mark ($7000).

CNBC’s continues remarks on a pending bearish trend for bitcoin seems to only cause an increase in bitcoin prices instead of pullback.

Path Trading Partners’ Bob Iaccino commented on this situation saying that Bitcoin’s current price surge is because the investors that bought bitcoin during the 2016 market decline and later sold it during the market surge of 2018 are back in the crypto space.

Things will retrace and test the moving averages. Count on it!#BTC #bitcoin pic.twitter.com/9uXf1huLdR

The co-founder of Gemini Tyler Winklevoss is very optimistic about the future of Bitcoin and crypto space.

Bitcoin breaking 8k this time feels lot different than the last time. So much progress has been made since then and it's only the bottom of the first inning! 🚀👍

Tyler believes that the current draw break is only a first “inning” ending bad and there is much more hope for the future.