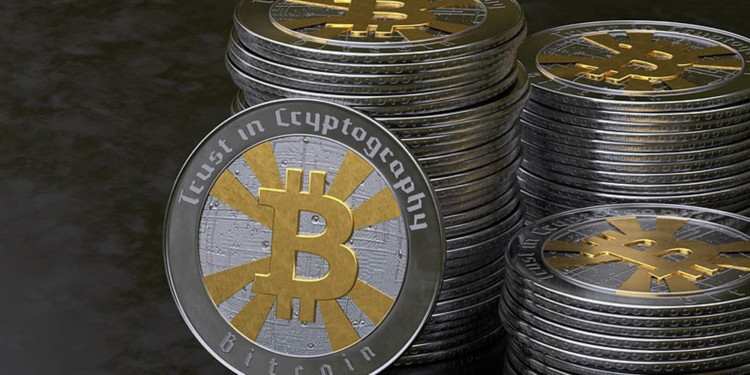 The Bitcoin is trading within the ascending triangle. BTC price movement is important for the industry since the sphere moves with the King of cryptocurrencies.

On June 3, there was seen an abrupt change in the price of BTC it moved above eight thousand dollars ($8103.63) and then declined around seven thousand four hundred dollars ($7,449.68). On June 7th and 10th, the price depreciated and touched the support level. 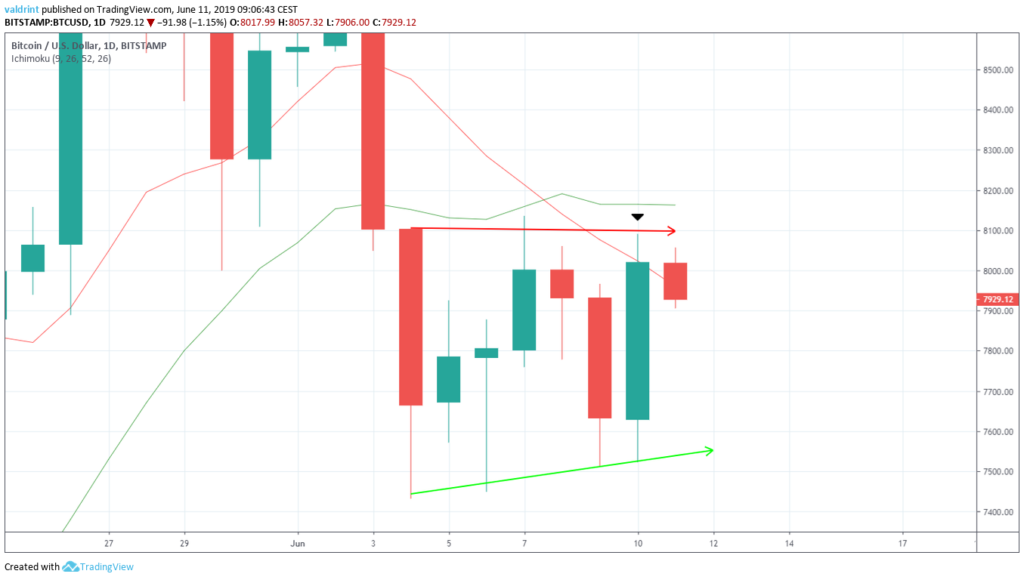 The analysis of yesterday’s price of the pair indicated a pattern of evening star that shows a bearish reversal. There were three candles; one bullish, second small body and third bearish engulfing.

The closing occurred below the opening price of the candle as revealed by the past week analysis. The price has increased somewhat at yesterday, however, it has not shown any significant changes in the overall price outlook. 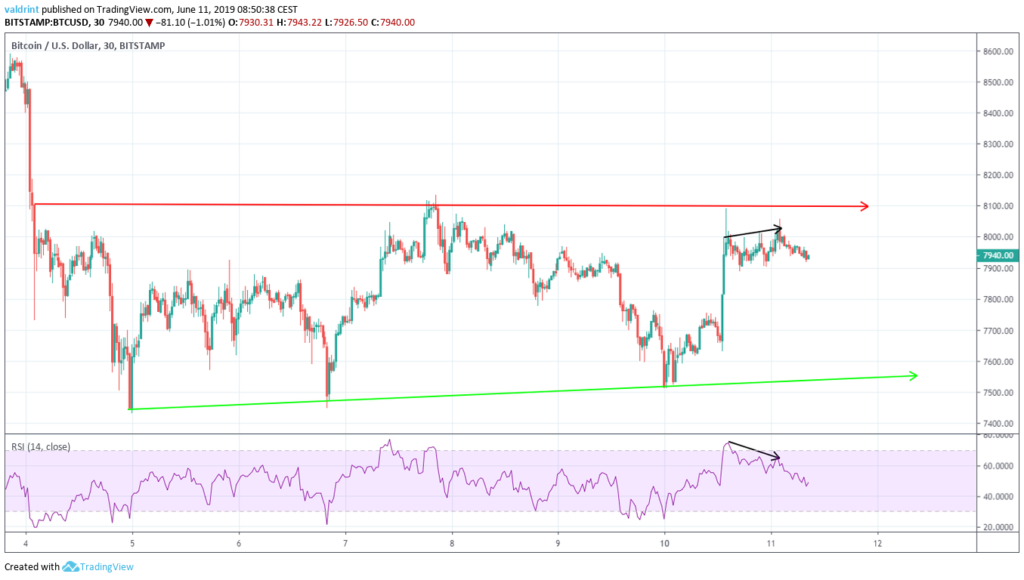 The technical indicators revealed different results on June 10 and 11. The RSI indicates bearish signals as interpreted by bearish divergence.

This divergence is reduced due to the ascending triangle, but overall the indicators are pointing towards the bearish trends. On June 7, there is a downward movement of the prices and the pair did not cross the 10-day MA.

The technical indicators show that there is still a stronghold that persists and it prevents further decline of the price. Also, a breakout can occur at any time as the crypto-market is volatile and there are constant fluctuations so, the price of Bitcoin can surge.

The resistance area is speculated to be around eight thousand four hundred dollars ($8,400) and this is a crucial point that can provide reversal.