Bitcoin Cash (BCH) is one of the most widely known forks of the original BTC blockchain. BCH came about from a frustration in the way BTC was heading as the major coin was deviating from the path outlined by Satoshi Nakamoto to be digital cash.

The problem with blockchain technology in the BTC network is that it’s slow. Popular financial companies, for instance, process close to 150 million transactions per day. However, BTC and other cryptocurrencies transactions can take several minutes or more to process. As the network of BTC users/investors grows, service waiting times have become longer because there are more transactions to process without a change in the underlying technology that processes them.

Ongoing debates around BTC’s technology and crypto exchange have been concerned with this central problem of scaling and increasing the speed of the transaction verification process. Developers and cryptocurrencies miners have come up with two major solutions to this cryptocurrency exchange problem.

The first solution involves making the amount of data that needs to be verified in each block smaller, thus creating faster and cheaper transactions for some transaction fees. In contrast, the second requires making the blocks of data bigger so that more information can be processed at one time. Therefore, Bitcoin cash (BCH) developed out of these solutions to provide convenient services to users. Bitcoin halving is one of the reasons bitcoin and bitcoin cash has been a huge success.

However, even though the bitcoin cash network is supposed to be a more functional currency, it is a popular coin to invest in crypto traders. Investing in digital currency such as BCH token, bitcoin SV, and bitcoin cash ABC is a good investment decision by the coin price and sell signal.

With the Bitcoin price prediction coming into the conversation more often, commentators are putting up some fascinating predictions for the coming years. So, before we discover more about the bitcoin prizes predictions, let’s better understand bitcoin cash and its functions based on available technical analysis.

What is Bitcoin Cash?

Bitcoin Cash is a cryptocurrency that made the news when it was launched in 2017 by forking the Bitcoin blockchain and changing its size limit. Bitcoin Cash is one of the bigger and more well-known Bitcoin forks globally, but it is also not the oldest.

Having been created just before Bitcoin reached its former all-time high of $20,000 at the end of 2017, Bitcoin Cash increased the size of the blocks in the chain to allow more transactions to be completed faster.

After its creation, Bitcoin Cash quickly became the 3rd most successful cryptocurrency, following Bitcoin and Etherium. Although Bitcoin Cash has a higher transaction rate, BCH is not accepted in as many places as Bitcoin or Ethereum, and disagreements in the developer community have caused Bitcoin Cash to be promoted as more of an investment tool than a transactional currency.

When Bitcoin Cash was first introduced in August 2017, it was going for $200, but in less than a month, the price had skyrocketed to 550 USD thanks to a lot of interest from avid crypto market traders around the world. For most of its history, Bitcoin Cash held onto the top ten coins by market cap, but it was recently on a bearish trend. Its predictions soon became bearish. The coin does not trade anywhere near the price of Bitcoin, even at its highest price.

Most traders were actively seeking a new altcoin they could use to make money, and Bitcoin Cash mining convenience delivered just that. That said, the subsequent correction in November cut the coin’s value by 30 percent. The release of the coin’s official software and getting listed on leading crypto exchanges worldwide pushed the price to 1000 USD, making the general prediction change from bearish to bullish. Not long after that, Bitcoin Cash prediction hit its all-time high of 4355 USD.

From March to May 2018, Bitcoin Cash had started picking up again, and its price rose to 1500 USD. But after that time, the market started dripping again. The November 2018 drop drove the prices even lower to an all-time low of 75 USD.

Bitcoin Cash forecast had a wild rise in terms of its price swings and volatility through its first year, but towards the end of 2018 and through until now, the price has been less volatile but also mostly in a downward trend.

Bitcoin Cash began its high price history trend around $573 in August of 2017, and within two months, it had reached its all-time high. Following that $3,000+ high, Bitcoin Cash dropped to a low price of $77 per BCH coin, and by the end of 2020 had recovered slightly to around $350. Today, it is trading at 780 USD but still far from where it was around its launch.

With less than three years in the cryptocurrency world, Bitcoin Cash (BCH) has continuously proved its great investment potential for investors. Since it first appeared, this cryptocurrency has reached the 5th position based on its market capitalization. it is currently behind ETH, XRP, and tether with a market cap of 4.1 billion USD

Using basic technical analysis, Bitcoin Cash is predicted to keep skyrocketing over the next couple of years. In the article below, you’ll find the most recent Bitcoin Cash price predictions 2020, 2021, 2022, 2025, 2030 according to Cryptopolitan and other popular analysts using popular market technical analysis.

Cryptopolitan Bitcoin Cash price forecasts for the rest of 2021

BCH to USD predictions for December 2021

BCH December price is pegged at 311 Dollars. The forecasted bitcoin cash price will reach the Max price of 385 USD, a minimum price of 311 USD. The average for the month is 342 USD. Bitcoin Cash price projection at the end of the month 360 USD, change for December 15.8%.

After the breakout, it will be time to short Bitcoin Cash again, after reaching a high of as much as 20,000 USD per coin by the end of 2022. At a supply similar to Bitcoin’s, BCH may also reach such a number with this new bull run.

Forecasting the price of any asset this far ahead of time is entirely approximate and is difficult to get totally accurate. Once the fully extended target of the ascending triangle is hit, it is likely back to another bear market in late 2023 and 2024.

Below we have collected the most reliable price projections for Bitcoin Cash BCH from popular forecast platforms.

A renowned crypto-related platform has predicted that Bitcoin Cash will be at the 256 USD level by the end of 2020 and gradually grow to around 490 USD by 2022.

WalletInvestor’s Bitcoin Cash price prediction points at $800 between May and October 2020 and then a massive leap to 1200 USD in December 2020. WalletInvestor has also stated that the price of Bitcoin Cash will play in the same ranges in 2021, 2023, and 2024, meaning it will reach approximately 1000 USD at the end and beginning of those years.

LongForecast has come forward with a price prediction stating that the price of Bitcoin Cash might fall back to the $152 – $185 price range in June 2020 and keep falling to $66 – $84 by the end of the year.

The prediction states that the price will keep decreasing and only begin to improve at the end of 2022 and reach a price range of $259 – 299 by November 2023.

Another platform, Smartereum, thinks that the coin can reach as high as $6700 by the end of 2021. Similarly, the same platform’s five-year prediction of the price of Bitcoin Cash is around $10,000 for a single BCH.

Can you convert Bitcoin Cash and Bitcoin to money?

Depending on the wallet you have, it’s possible to convert your currencies and vice versa. Some exchanges and wallets allow currencies exchange; however, they may require you to first convert your coins to fiat money, like the U.S. dollar, and then convert that amount of currency into the new cryptocurrency.

Is Bitcoin Cash a good investment?

Whether Bitcoin Cash constitutes a good investment also depends on how you “the investor or trader” expect the cryptocurrency to perform in the future. Although it’s seen more as a medium of exchange, Bitcoin Cash could be considered good news if you believe its scalability and faster processing will lead to a widespread adoption pattern. Or if you believe that BCH will benefit from its association with Bitcoin. The forecast’s trend is bullish, and the future looks bright for BCH.

Is Bitcoin Cash a good buy?

Like every other asset, investing in Bitcoin Cash is expected to come with its high and low points. You can make more money or lose it all in 24 hours or one week, so it’s recommended to equip yourself with as much knowledge as you can before buying or selling. As you can see from the forecasts, the BCH prediction and price action indicate a bullish trend, which is quite positive. 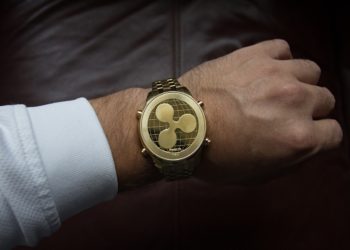